'Turkish House' at Davos to welcome investors from around globe 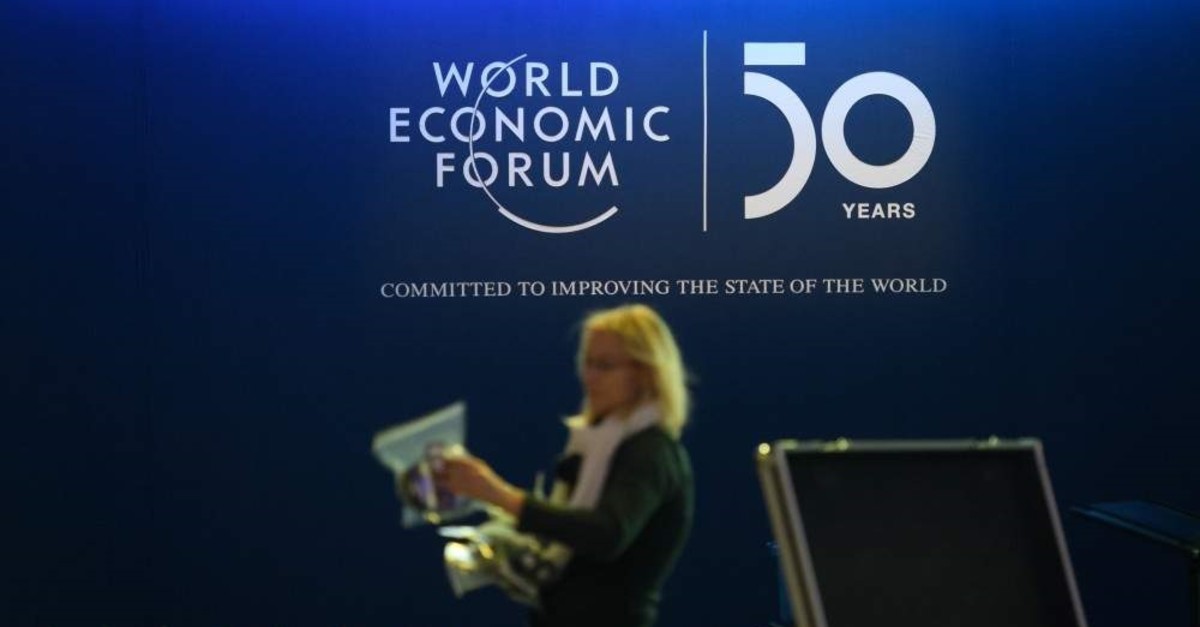 The 50th World Economic Forum (WEF) four-day meeting series is set to occupy the global economic and political agenda in the Swiss ski resort town Davos. Turkey, a regular participant at the annual meetings, is poised to take center stage at this year's meeting. A "Turkish House" has been set up at the congress center under the guidance of the Treasury and Finance Ministry in coordination with the Banks Association of Turkey.

Showcasing a mockup of Istanbul International Finance Center (IIFC), the Turkish House will display local products. It will also provide a platform to explain the investment opportunities in the country to global investors.

Representatives from Turkey Wealth Fund (TWF), the Investment Office and the Finance Office are scheduled to hold bilateral meetings with the executives from investment companies, wealth fund managers from other countries and portfolio managers. During these meetings, IIFC in which TWF is a major investor will be particularly highlighted as the country is determined to promote Istanbul as a global finance center.

Last year, the biggest Turkish metropolis jumped nine spots in the Global Financial Centers Index (GFCI), to 59th place. In its first entry into GFCI in November 2009, Istanbul was ranked 72nd and rose to 68th place in September 2018.

During Davos 2020, Turkish ministers will also attend important sessions that will elaborate on the state of political and economic affairs. Treasury and Finance Minister Berat Albayrak is expected to speak at a session titled "Shaping the Global Growth Agenda" on Thursday. Foreign Minister Mevlüt Çavuşoğlu is scheduled to attend a session on the geopolitical outlook of the Middle East and North Africa and another meeting on the future of NATO. Trade Minister Ruhsar Pekcan and Central Bank of the Republic of Turkey (CBRT) Gov. Murat Uysal are also expected to attend WEF meetings.

Thousands of chief executives, investors and policymakers from all over the world are set to gather in Davos with an agenda to reshape capitalism. The participants of this year's Davos summit will discuss how to make the world a fairer place, protect the planet from climate change and, especially, establish bridges to resolve conflicts in global hotspots.

In trying to deal with the big issues facing the world, the forum decided on a new manifesto – "Stakeholders for a Cohesive and Sustainable World" – drawing on a concept memorialized in the forum's 1973 manifesto. Stakeholder capitalism is considered the guiding principle of the WEF, with the underlying principle being that a company should serve all its stakeholders, not just its shareholders. These include its employees and suppliers, as well as its community.

"Businesses now have to fully embrace stakeholder capitalism, which means not only maximizing profits, but use their capabilities and resources in cooperation with governments and civil society to address the key issues of this decade. They have to actively contribute to a more cohesive and sustainable world," said forum founder and Executive Chairman Klaus Schwab. He wants to promote this idea as a way of getting companies to act responsibly toward society and the environment, rather than only toward shareholders.

As the environment and climate change will be among topics the leaders will address, 17-year-old Swedish climate activist Greta Thunberg, who gained worldwide popularity with her fervent speeches at leading global events, will also be delivering an address on the first day of the Davos summit.

U.S. President Donald Trump is expected to meet with European leader Ursula von der Leyen in Davos as tensions mount between the allies over tariff threats, according to AFP.

Just days after Trump scored big victories by inking a partial trade deal with China on Jan. 15 and passing a revamp of the North American Free Trade Agreement (NAFTA), he will travel to the WEF where he is expected to discuss deepening trade disputes with the European Commission president.

Moreover, another issue set to occupy the meetings of the world elite in Davos is the risk of conflict between the U.S. and Iran, as tensions spike following the U.S. killing of top Iranian commander Qassem Soleimani and Iran's subsequent accidental downing of a Ukrainian airliner.

Iranian Foreign Minister Mohammad Javad Zarif has reportedly canceled his planned participation at the four-day forum, removing any chance of a showdown with Trump.