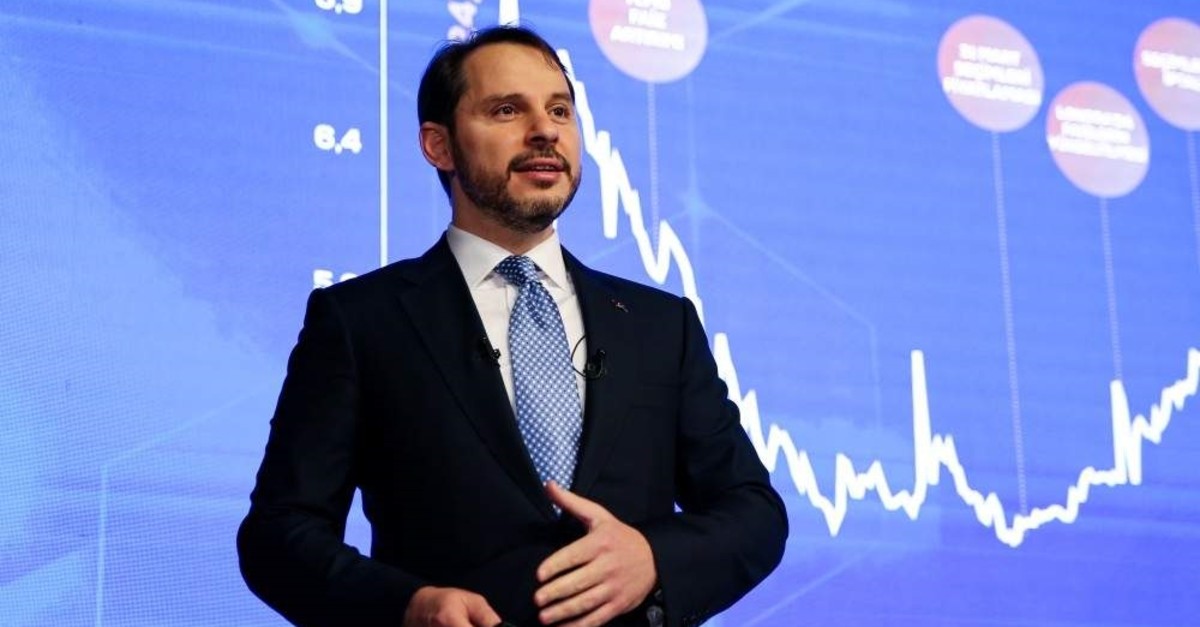 Treasury and Finance Minister Berat Albayrak stressed that single-digit yields in two-year benchmark bonds is a reflection of successful implementation of risk-averting policies, in a statement on Twitter. (AA Photo)
by Daily Sabah with AA Jan 31, 2020 5:57 pm

This is yet another reflection in Turkey's indicators of confidence in the country's economic policies, Albayrak said on Twitter, commenting on the fall in the benchmark bond yield.

"We will further this improvement in market expectations and make it permanent," Albayrak stressed.

The 1,275-point cut in the interest rates since July 2019, falling inflation and retreating credit default swaps (CDS) have led to a continuous decline in the Turkish bond yields.

The two-year bond yields have been hovering below 12% since the beginning of this year and have finally dropped to single digits for the first time since Nov. 14, 2016.

The expectation that the central banks in emerging economies will maintain dovish monetary policies and the Central Bank of the Republic of Turkey (CBRT) has further room for policy maneuver is nurturing the forecasts for a further drop in short-term bond yields.

The fact that the CDS have fallen from 523 basis points to 236 points over the last one-and-half years has also facilitated the decrease in the bond yields.

Anadolu Agency Finance Analyst Cüneyt Paksoy said steps taken by the government to discipline and rebalance the economy have created a positive atmosphere for Turkish assets. "The cuts in the interest rates mitigated the currency volatility, ensuring sustainable balance in the short and medium-term, the downward trend in the consumer prices and the normalization of CDS have all resulted in restoring single digits in bond yields," Paksoy explained.

Paksoy said limiting bond yields to single digits in the wake of the first inflation report of the year and the remarks by CBRT Gov. Murat Uysal requires meticulous work by the central bank to ensure sustainability in consumer prices and financial markets. The continuous implementation of structural reforms along with the anti-inflation measures will be closely monitored, he remarked. "The expansionary monetary policies by major central banks in the world will also play a significant role in the alleviation of upward risks on emerging markets," he added.

In its first quarterly report for 2020 released Thursday, Turkey's central bank said it expects 8.2% inflation this year. Prices rose 11.8% in December after a dramatic drop throughout 2019 mostly due to base effects from high volatility in the exchange rate in 2018.