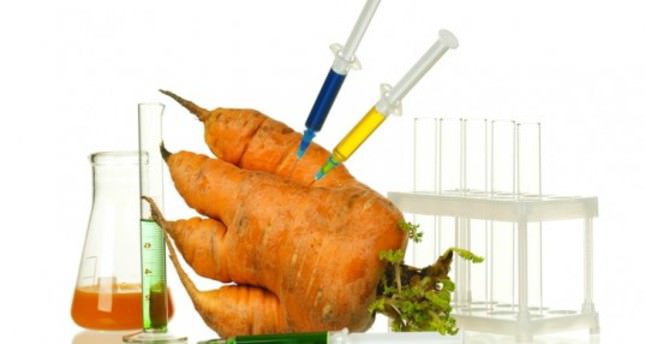 by French Press Agency - AFP Mar 17, 2014 12:00 am
SYDNEY – An Australian farmer who lost his organic produce license has taken his neighbor to court over contamination from his genetically modified (GM) canola crop in a closely-watched test case. Steve Marsh's case against his neighbor Michael Baxter began in Western Australia's Supreme Court on Monday, seeking damages and a permanent injunction to protect his farm from future contamination.

Marsh lost organic certification on 70 percent of his land in 2010 after swathes and seed from Baxter's farm blew onto his property, resulting in "great financial hardship and an uncertain future." His legal team said the case could set an important benchmark on farming.

"As far as we know, this is the first court case of its type anywhere in the world. It will test the legal rights of farmers to choose how and what they farm on their land," said lawyer Mark Walter. "The case is about freedom of choice, for both farmers and for consumers. It is important that farmers retain their rights to farm GM-free food as this in turn will protect consumers' ability to purchase GM-free food." Baxter's defense team argues that Marsh's farm, where oats and other grains are grown and sheep graze, cannot be directly affected by the GM canola because he does not grow canola himself.

He takes issue with Australia's organic certifying body for what he claims are excessive and unreasonable standards that saw Marsh lose his license. The case is being watched closely by Australian legal experts who say there are a number of important issues at stake.

Agricultural lobbyists worry it could set a dangerous precedent about land use. "This sort of liability claim has been long anticipated and expert authors have suggested that it is hard to make a liability claim when at the time a crop was planted the scientific weight of evidence suggests that there was not a reasonable anticipation of harm to others," said Paul Martin, from the Australian Centre for Agriculture and Law at the University of New England. Martin said the fact that the Australian government's gene technology regulator had ruled that the risks were low fell heavily in Baxter's favor. Bioethicist Rachel Ankeny, from the University of Adelaide, said both farmers had responsibilities not to harm their neighbors but the case was "far from clear-cut." "Some might claim that the organic farmer is participating in a certification system primarily to receive a premium price but that system sets unrealistic limits regarding what counts as contamination," she said. "Others might note that if the canola farmer has taken reasonable care to prevent drift, he may be argued to have fulfilled his ethical obligations."

La Trobe University plant scientist Jim Whelan said the legal battle reflected an ongoing public debate which demonized GM foods and ignored their benefits. "GM has been shown to have positive effects on the environment, but sadly positive research about GM rarely makes it into the news," he said. Environmental activists from Greenpeace have campaigned against genetically modified crops in Australia, breaking into government research farms and razing a wheat plantation with weed trimmers in 2011. Greenpeace describes GM organisms as "genetic pollution" and warns that once released into the environment they cannot be recalled.