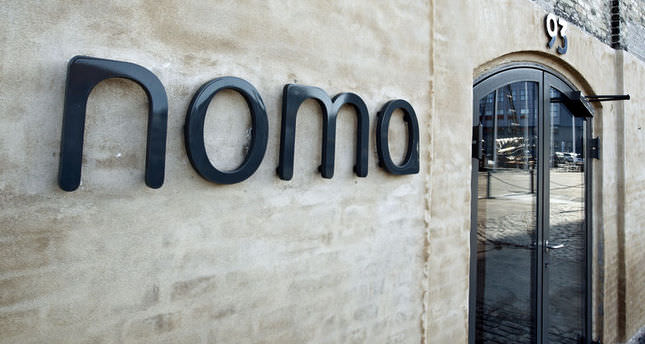 by Apr 30, 2014 12:00 am
LONDON — Danish restaurant Noma was crowned the world's best restaurant on Monday, pipping last year's Spanish winner to reclaim the increasingly influential title it held for three straight years that guarantees a waiting list for diners. Noma's chef-owner Rene Redzepi, 36, with his new Nordic cuisine, knocked Spain's El Celler De Can Roca into second place at an award ceremony at London's Guildhall attended by influential chefs and food writers from around the globe. Noma in Copenhagen won the top award for three years from 2010 until 2012, with its menu boasting original dishes such as sea urchin toast, beef tartar and ants, and pear and kale. Spain's El Celler de Can Roca, run by the three brothers, slipped back into second place. The list featured seven Spanish restaurants including Mugaritz at No. 6 and fellow San Sebastian establishment Arzak remaining at No. 8.

Avant-garde Italian chef Massimo Bottura's Osteria Francescana in Modena kept third place for a second year running. New York's Eleven Madison Park moved up one spot to No. 4 to claim the Best Restaurant in North America. For the first time, Britain had two restaurants in the top 10 with London's Dinner by experimental chef Heston Blumenthal in fifth place, up two spots from a year ago, and Brett Graham's The Ledbury in London's Notting Hill rising three spots from last year to 10th. Asia had seven restaurants on the list with its top eatery Nahm in Bangkok, Thailand, run by Australian chef David Thompson in 13th place while Gaggan, also in Bangkok, a modern Indian restaurant, was ranked 17th.

The World's 50 Best Restaurants list organized by Britain's Restaurant magazine and sponsored by mineral water company S.Pellegrino & Acqua Panna was only launched in 2002 but is rivalling the culinary stars awarded by the Michelin guides.