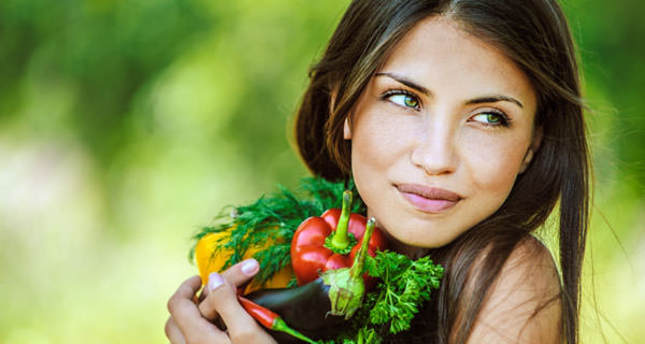 by Leyla Yvonne Ergil Nov 01, 2014 12:00 am
Veganism is the practice of abstaining from the use of animal products, most specifically dietary abstention. A vegan diet excludes all animal products, including dairy and eggs, and most vegans also choose to avoid purchasing clothes utilizing by-products such as leather, fur and silk as well as cosmetics or cleaning products that have been animal-tested.

There are three main categories of vegans: dietary vegans, which refrain from eating any animal-derived substances, ethical vegans, which oppose the use of animals for any purpose, and environmental vegans, who are against harvesting or industrial farming due to its negative impacts on the environment.

Although the term vegan was coined in 1944, historically there have been many famous figures that have openly spoken out against the consumption of meat, such as Albert Einstein who once said, "I choose not to make a graveyard of my body for the rotting corpses of dead animals" and "If the whole world adopts vegetarianism, it can change the destiny of humankind." George Bernard Shaw was quoted as saying, "Animals are my friends...and I don't eat my friends… A man of my spiritual intensity does not eat corpses." Even the ancient Ionian mathematician and philosopher Pythagoras said, "For as long as men massacre animals, they will kill each other."

Many of the world's most important visionaries also drew on the fact that meat is not necessary for human existence, such as Leo Tolstoy, who once said, "A man can live and be healthy without killing animals for food; therefore, if he eats meat, he participates in taking animal life merely for the sake of his appetite. And to act so is immoral." Thomas Edison once famously said, "Non-violence leads to the highest ethics, which is the goal of all evolution. Until we stop harming all other living beings, we are still savages."

Henry David Thoreau's foresight when he said, "I have no doubt that it is a part of the destiny of the human race, in its gradual improvement, to leave off eating animals, as surely as savage tribes have left off eating each other when they came in contact with the more civilized," may be coming true as the adoption of veganism has been on a steady rise.

There are many famous figures that promote a vegan lifestyle, such as Bill Clinton, who gave up animal products due to the slow progression of his heart disease. The health benefits of veganism far exceed any reasoning for meat consumption and it is widely believed that if the farm factory industry didn't exist, there would most likely be no starvation in the world.

However, for many amongst this growing global consciousness, it is the sheer knowledge of the pain and suffering animals have to endure, that is enough to make someone forego eating meat simply for pleasure. Paul McCartney once pointed out, "If slaughter houses had glass walls, everyone would be a vegetarian."

So, with all of the wonderful benefits that come with being a vegan, why not take this opportunity on World Vegan Day to begin making a conscious shift to eating and living more mindfully. Although the health benefits of going "cold turkey" as it were may be more dramatic initially, many people choose to gradually adopt a vegan lifestyle by eliminating animal products and dairy in stages. Tarkan Apari, an ethical vegan whose Vegan Dükkan in Cihangir has become a landmark for the vegan community in Istanbul, suggests trying out a vegan diet for a week or 10 days and says "if it feels great, then continue." İnci Özcebeci, whose brand Veggy offers a variety of vegan meat substitutes such as köfte and shish kebab, suggests a gradual transition and to start by substituting vegan alternatives such as in her case, hummus for breakfast in lieu of cheese.

Turkey could very easily be considered a vegan's paradise. Throughout the country, regions praise themselves for their own various vegetable dishes and edible greens, and meze selections most always include vegan options. Turkey's street food also offers a series of excellent vegan options, such as corn, roasted chestnuts, fresh almonds and popcorn. In addition, the popular baked potato stands, çiğ köfte stalls, which are now ironically vegan and a new explosion of falafel joints makes eating vegan food out a very viable option.

Therefore, with the rising awareness of the vast benefits a plant-based diet has on the world and all living things, Turkey is an ideal country in which to adopt this healthy and compassionate lifestyle, or at the very least, on World Vegan Day, to give this type of diet a try.

There will also be two noteworthy events celebrating World Vegan Day in Istanbul. On Saturday Nov. 1, from 12:00 p.m. to 4:00 p.m. at Kadıköy's Rıhtım, there will be a gathering to feast on vegan fare and to distribute food to the homeless and needy. Also on Saturday, from 12:00 p.m. to 9:30 p.m. at Community Kitchen, located in Beyoğlu will be hosting film viewings, a concert and a stand to explain the benefits of veganism.