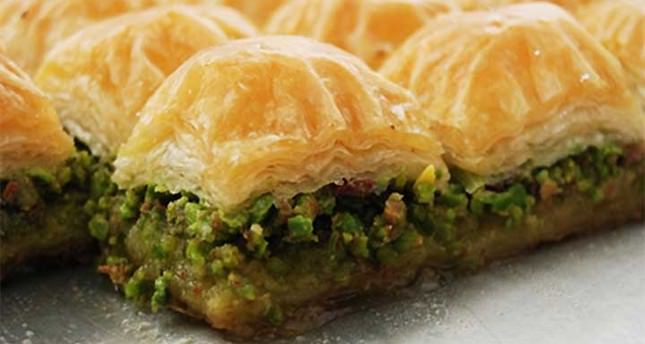 Gaziantep cuisine holds a special place among the Turkish cookbook with its traditional abundance of flavor. Recently, the municipality applied to be included in UNESCO’s intangible cultural heritage list

The Gaziantep Metropolitan Municipality recently submitted its application to UNESCO for the inclusion of the city's traditional cuisine onto the intangible cultural heritage list. According to the municipal's statement, Mayor Fatma Şahin held meetings with the owners of local restaurants and baklava stores. She underscored the rich history and cultural heritage of Gaziantep, which, over the millennia, has been home to 32 different civilizations and has the capacity to renovate five ancient regions. Aside from trade, industry, culture and tourism, the city's traditional cuisine is what makes Gaziantep distinct, Şahin said. She emphasized that there are some European countries that turn their culinary culture into a profitable industry. "Gaziantep's dishes have much to offer tourists, it even has more traditional recipes than Italy or France," Şahin added.

Restaurant owners who have the capacity to compete with other famous brands should promote their dishes to increase the city's appeal at international platforms. The municipality is currently waiting for UNESCO's response. Gaziantep cuisine occupies a special place among the world cuisines as well as in Turkey due to its regional traditions and abundance of flavors. The local dishes of Gaziantep are many and varied, which is the result of its historical and geographical position. The city's cuisine includes a variety of meat, vegetable and baked goods from other regions of Turkey, which were brought to the region by migrants, as well as many foods that have come from Syria.

Here, you can find some popular dishes from Gaziantep cuisine:

This mouthwatering pastry made from 35 stacks of thin phyllo dough brushed with butter and sugar syrup tops the list. With numerous shapes, sizes and flavors, there is something to tempt all taste buds. The most common types of baklava are "cevizli baklava" (walnut baklava) and "fındıklı baklava" (pistachio baklava).

Dried eggplant dolma is a winter dish originating from Gaziantep and mainly popular in the southeastern region of Turkey. A normal-sized eggplant is cut in half, tied with string and then dried in the sun.

A Turkish kebab originating from the Gaziantep region, it includes chunks of meltingly sweet lamb mixed with pistachio nuts, cooked on a charcoal barbecue and served with a smoked eggplant and garlic yogurt sauce.

Chickpea kebab, also widely known as vegetarian kebab, is another delicious meal offered in Gaziantep. Chickpea kebab is a healthy and delicious appetizer prepared with less oil than other kebabs. The chickpeas are washed, soaked overnight and then boiled. They are then mixed with crushed white bread, mashed potatoes, green chilies and cilantro along with other spices.