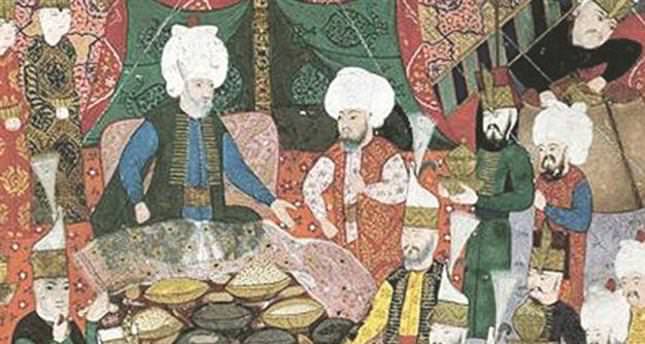 In collaboration with the Department of Ottoman Studies at the National Hellenic Research Institute, the Consulate General of Greece will host a series of public lectures entitled "Food, Spirits and Gastronomic Traditions in the Eastern Mediterranean" at Sismanoglio Megaro, the consulate's cultural center on Istanbul's İstiklal Avenue. Straight from the farm to the market, the kitchen to the dinner table, the lecture series intends to study the cultural and economic relationships concerning food. The lectures will focus on the various roles that basic Mediterranean products such as wheat and oil have played in economic and political life in the Balkans, Asia Minor and the Levant from ancient times to the late Ottoman era. The fourth phase of the lecture series, which previously included lectures such as "Bakeries in Byzantine Constantinople," "40 different breads in Ottoman Cuisine" and "The functions of taverns in the 16th and 17th centuries" will open on Jan. 20 with Ilias Anagnostakis, Angelos Sikalidis and Aleksandra Kristo's lecture, "The Byzantine diet: Myths and realities."

Speakers will debate and discuss many issues, such as how the distribution of basic food products of the Eastern Mediterranean are handled through marketing systems, which are controlled by state mechanisms. They will also touch upon the methods used by central governments in order to prevent violent social outbursts by ensuring that food deliveries reach cities, and that the price of basic food products remains stable and under control. The lectures will offer insights into food-related professions, traditional techniques and industrial heritage, while questioning the eating habits of Eastern Mediterranean people and their gastronomic traditions. The fourth phase of the lecture series will also present a multilayered approach to eating habits as a cultural element. The panel sessions will include interdisciplinary discussions on food and the taste preferences of societies beyond national borders. The lectures will include simultaneous interpreting from English to Turkish and vice versa, and all panel sessions will be uploaded to the Bodossaki Foundation's digital platform BLOD (Bodossaki Lectures on Demand). The program will be held on Jan. 20, Feb. 17, March 17, April 22 and May 20. All lectures are free of charge.