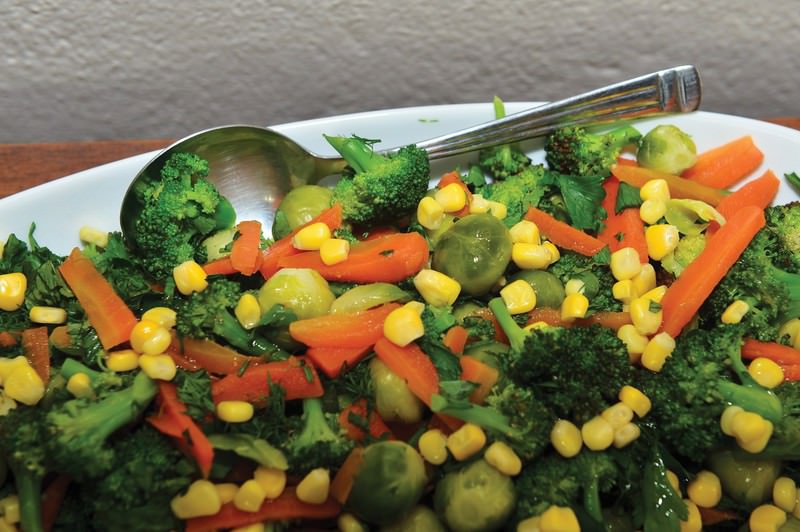 |IHA Photo
by Anadolu Agency Apr 07, 2015 12:00 am
Turkish people believe food safety and consumer awareness have developed favorably in the last five years, according to a survey conducted by the Istanbul-based Turkish Food Safety Association.

A press conference was held in Istanbul on "World Health Day" to announce the results of a survey on "food safety", which was conducted in 18 provinces and involved 1,654 individuals.

The poll reveals that over 40 percent of Turkish people think that food safety in Turkey has improved compared to five years ago.

"The right steps have been taken in terms of food security recently in our country but we need to underline that it is not enough, there are still many things to do," said Samim Şener, president of the Turkish Food Safety Association.

Şener stressed the importance of raising awareness for people to consume products while being conscious of risks.

"For example, Circassian chicken or spiced mutton liver are offered in open plates at some restaurants. All of these are like ticking time bombs. It is a miracle not to be poisoned by them."

Unsafe food can contain harmful bacteria, viruses, parasites or chemical substances, and cause more than 200 diseases - ranging from diarrhea to cancer, according to the WHO.

Şener suggested choosing foods processed for safety, such as pasteurized milk, and thoroughly cooked food. "Consumers need to be careful about milk, of which the provenance is unknown. For the public health, we need to consume pasteurized milk."

He also warned against what some may find obvious. "If the toilet of a restaurant is dirty, do not trust that restaurant."

The poll says women attach importance to health standards of restaurants or places that sell food, while men's priority lies with the quality of food packaging.

It also shows that 80 percent of people in Turkey think that food additives are one of the most significant concerns in terms of food safety as certain synthetic food colorants, stabilizers or flavor enhancers are believed to be a serious threat to health.

According to the World Health Organization figures, from 2010, there were an estimated 582 million cases of 22 different food borne enteric diseases and 351,000 associated deaths in the world.