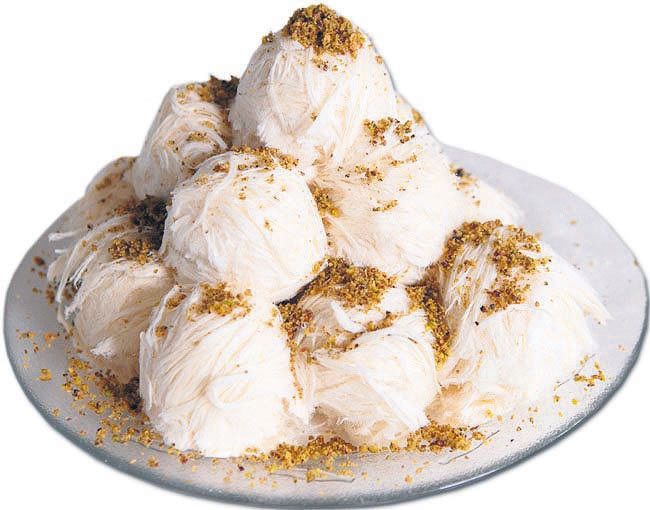 by Anadolu Agency May 18, 2015 12:00 am
Once decorating Ottoman palace tables, pişmaniye – a Turkish sweet made by blending flour roasted in butter into pulled sugar and topped with ground pistachio – will be turned into a global brand through international fairs and festivals. Unique to the northwestern city of İzmit, pişmaniye will be introduced at the seventh International Pişmaniye Festival in Vienna from May 29-31.

İzmit Mayor Nevzat Doğan said pişmaniye production in the city has significantly reduced over the last 20 years. "When I took the office in 2009, I initiated the Pişmaniye Festival. A special logo was created and a promotion clip was made," he said. A magazine on pişmaniye is also published and the municipality even submitted a patent application.

Thanks to the municipality's initiatives, pişmaniye production has doubled for the last six years, Doğan continued. He said the 40-meter-long pişmaniye produced during last year's festival in İzmit broke a Guinness world record and was announced as the world's longest pişmaniye. The Vienna festival coincides with Turkish cultural days, and the municipality will organize events in two different regions with at least 5,000 visitors expected to attend.
Last Update: May 18, 2015 11:39 pm
RELATED TOPICS