After fleeing Syria's war, chef becomes a star in Gaza 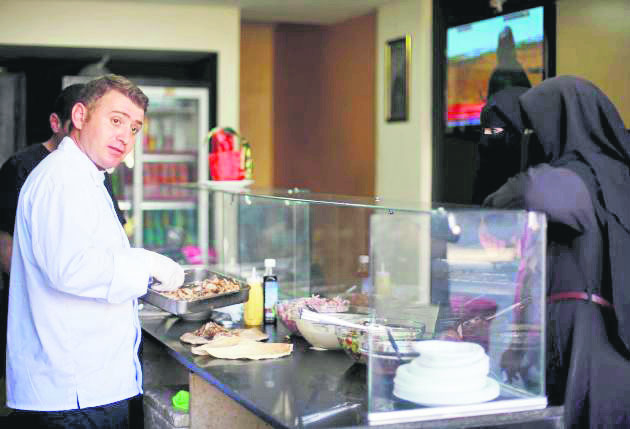 by Jun 17, 2015 12:00 am
It is a safe bet that no one made it as a celebrity chef following the same path as Wareef Hameedo. Three years ago, the 34-year-old was running a small restaurant in a mall in the Syrian city of Aleppo. Then it was heavily bombed in Syria's civil war. Members of his family fled to southeast Turkey and he followed shortly afterwards.

In Turkey, he decided he would be better off in Egypt. He sailed to Port Said and ended up working as a chef at corporate banquets in Cairo. Struggling to make ends meet, he faced a decision: risk a journey to Europe or try his luck elsewhere. "I had to choose whether to ride the death boats to Europe, with an uncertain future, or go to Gaza on the advice of some Palestinian friends," Hameedo said. Against the odds, he chose Gaza. In May 2013, he was smuggled through one of the tunnels linking Sinai with the Palestinian territory and joined 1.8 million Gazans trying to make a living in an economy on the brink of collapse, with unemployment nearing 50 percent. With a degree in mechanical engineering, Hameedo's technical skills might have been useful. But he was determined to make it as a chef, and step by step he pursued the dream, although Gaza was consumed by war between Israel and the militant group Hamas barely a year after he got there. 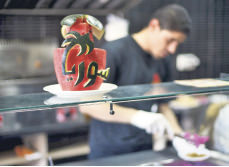 As well as meeting his wife -- a Palestinian journalist who interviewed him about Syrian refugees -- he eventually opened his own restaurant with a partner, calling it "Soryana," or Our Syria, a small place in one of Gaza's best neighbourhoods.

"I saw there were no creative ways of cooking," he said of his initial impression of Gaza's cuisine. "Only a few places were doing non-traditional things. When it came to Syrian-oriented food, I thought I might have a chance." Syrian food is renowned in the Arab world and Hameedo found an eager clientele. "They love our kibbeh," he said - Syria's national dish of minced beef or lamb and burghul wheat, served baked or fried. "They are crazy about it."

Fans began asking him to make other Syrian meals that they had heard about in movies or on TV. As his fame spread, a local television station asked Hameedo to make a cookery show. Starting next week, a 30-programme series will be broadcast during the Muslim fasting month of Ramadan.

Hameedo is smiling now, but the future is uncertain. His passport has expired and there is no Syrian embassy in Gaza to renew it. Unless he gets a new document, he will struggle to see his family in Turkey. Other Syrians who came to Gaza have either taken asylum in Sweden or remain unemployed. But his culinary enthusiasm is undimmed. "I have plans," he said, mentioning the idea of opening another Soryana in southern Gaza, or eventually back in Syria.