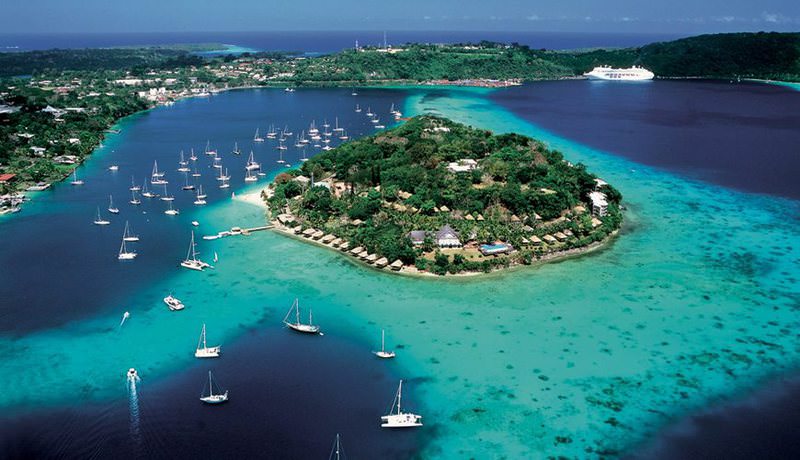 by Daily Sabah Sep 17, 2015 12:00 am
Tourism professionals and chefs from Vanuatu, an Oceanian island located in the South Pacific Ocean, have learned Turkish cuisine and cooking techniques to draw more tourists to their country and increase food quality in the tourism sector. Mehmet Atar, Istanbul's Honorary Consul of the Vanuatu Republic, said that cooperation in the tourism industry between the two countries improved after a memorandum of understanding concluded between the countries' foreign ministries. "Turkish Culture and Cuisine Training for Vanuatuan Tourism Professionals" was held under the leadership of Turkey's Cooperation and Coordination Agency (TİKA). As part of the training programs, the participants learned basic cooking techniques between Aug. 24 and Sept. 10. Atar said the Vanuatuan government wants to draw more tourists to the country, whose economy is largely dependent on tourism revenues.

Following a three-week intensive program, the participants took part in workshops and courses at the Turkish Culinary Federation (TAFED) in Ankara and Cappadocia. "Famous chef Mehmet Gürs shared his experiences with Vanuatuan chefs. They learnt how to make baklava, our traditional desert since the times of the Ottoman Empire. Some meetings also took place to bring Turkish flavors to Vanuatu," he said. Atar said that a market visit will be held next year in July with the participation of representatives from Vanuatu's food sector. Extending an area of over 12,000 square meters and at a distance of over 15,000 kilometers from Turkey, Vanuatu consists of 83 islands. Agriculture and tourism are the main means of living.
RELATED TOPICS