Istanbul Coffee Festival seeks to perk up the city 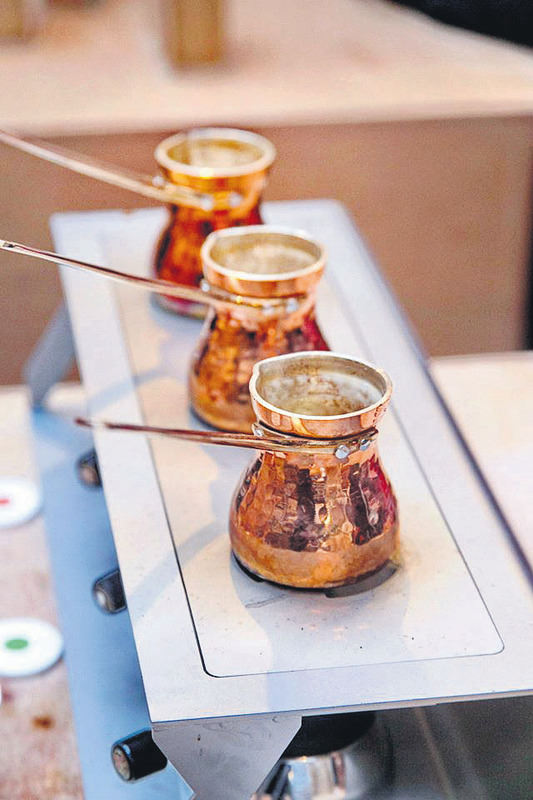 The iconic Haydarpaşa Railway Station will be the meeting point of coffee addicts for the second edition of Istanbul Coffee Festival, promising to bring the flavor of third wave coffee trends as well as gourmet food brands

After its popular first edition in Karaköy's Galata Greek Primary School last December, the second edition will obviously celebrate the city's vibrant coffee scene, but also its broad culture under the roof of a historic venue. Once connecting the Orient Express line to the Baghdad-Hijaz railway, Haydarpaşa Railway Station, a pseudo-castle structure built in the early 20th century, will be the meeting point of this must see occasion for four days. Without any doubt, coffee enthusiasts of all levels, including cafe culture vultures, will find something there. Professional baristas, coffeehouse owners, junior coffee professionals and those merely interested in drinking coffee will be at the festival venue.

Similar to last year's edition, the festival program will include presentations of coffeehouses and baristas, tasting from local and international coffee brands, food and baked goods, coffee championships, workshops on brewing methods, film screenings, CoffeeARTİst exhibition, shopping and drinking good coffee at Artisan Bar. Certain tea and chocolate companies will open stalls, too. Over 100 local and international coffee brands are expected to participate in the festival.

Last year, Istanbul Coffee Festival drew more than 14,000 coffee lovers and is now the second biggest coffee festival in Europe. Baristas from four different countries attended the event and the coffee championship was held in five different categories. Alper Sesli, the manager and founding president of Istanbul Coffee Festival, said in a press meeting that the exciting coffee adventure of Istanbul in the last couple of years shows that the city is ambitious to become a world brand. "For the last 10 years, the third wave coffee trend has become a lifestyle more than a passion. This trend can be clearly seen in not only Istanbul, but also İzmir, Ankara, Bursa and Eskişehir. It has also become a part of culture spreading in different fields from food to design and music to sports and fashion," he said. The festival's mission is to support the city's diverse coffee culture and encourage more to taste it. Sesli said that since last year, the number of artisan coffee houses has shown a 30 percent increase. "Istanbul rapidly continues to move into the coffee sector," he went on to say. The third wave coffee trend has already developed, not only throughout Europe, but also in Japan and the U.S.

Next month, the festival will host the Turkey chapter of World Coffee Events, Europe's greatest coffee show. To be held by Specialty Coffee Association's Turkey branch, the competition will choose the best coffee makers in different categories like "Barista," "Latte Art," "Turkish Coffee" and "Roasting." The winners will represent Turkey in the worldwide coffee championships. Tickets can be bought from the festival website.
RELATED TOPICS