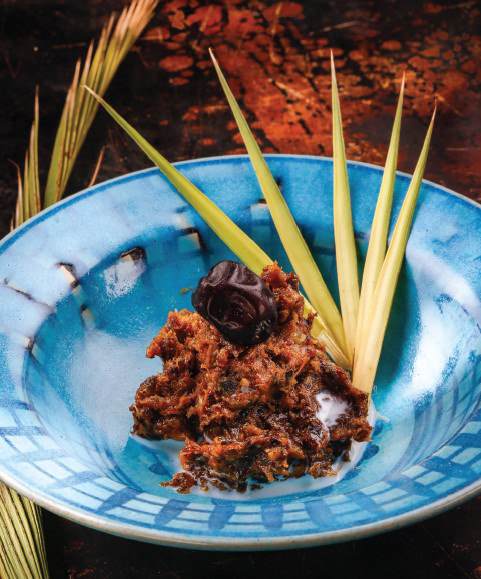 Known for re-discovering old recipes that have long been forgotten, chef Ömür Akkor has put together a recipe book featuring light and healthy meals with ingredients that were used in the early days of Islam such as dates, olives and wheat

World-renowned chef Ömür Akkor, who is known for discovering long-lost recipes from forgotten cuisines, has published a new book, "İlk Dönem İslam Sofrası" (Early Period Islamic Cuisine). The book features recipes from Islamic cuisine based on the principle of Prophet Muhammad who is said to have spent his life barely eating anything except for dates and water. Speaking at the 34th International Istanbul Book Fair, Akkor said he compiled the book to revive Islamic cuisine in modern times and his starting point was the time of the prophet. He said Arabic culture has a long history and Arab cuisine continued to exist despite Islam's imposed restriction on foods and drinks when they first embraced Islam and the teachings of Prophet Muhammad.

As Prophet Muhammad (Peace Be Upon Him) advised Muslims to eat less, the eating and drinking habits of the time were based on that. Private kitchens were rarely seen in Arab culture in the pre-Islamic period and the early period of Islam as people lived in tents or small houses. While houses featured a small oven within their walls, people who lived in tents cooked meals outside. Each house had its own stone mill and people ground their grain to bake bread. Houses had no stone mill had a wooden press. Almost every piece of kitchenware that we use today, including plates, bowls, glasses, saucepans, sifters, colanders, spatulas, trays and pans, were also used at the time. This kitchenware, however, was made of wood, stone or clay. The interesting thing is that there are several records indicating that glass cups and spoons were also used in the early Islamic period. "Treat" was one of the most important features of the food culture of the period. Arabs were very generous about offering meals to their guests and hosted their guests in the best way possible. The feasts a person held and the meals they offered their guests reflected the wealth of a person. It was also important for Arabs to give their feast during times the light morning wind blows as they believed this wind brings abundance. The feasts that were given for people visiting Mecca for the Hajj were also important in the early Islamic era. These feats were called "rifade," featuring dates, dry grains and other foods. This tradition continued until the end of the time of the four caliphs.

Here are a couple of recipes from Akkor's book: 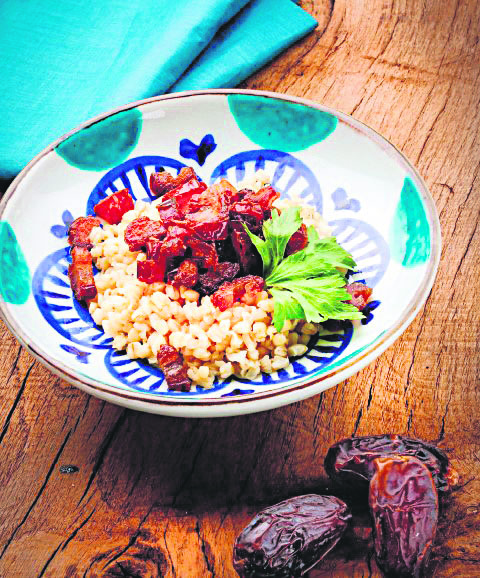 Arabs were very generous about offering meals to their guests and hosted their guests in the best way possible. The feasts a person held and the meals they offered their guests reflected the wealth of a person.

A bowl of dates

A bowl of ekit (a type of seed)

If you add water or milk to hays, it becomes a dish called "rebike." If you add flour to the recipe, you can also make cookies. A recipe for halva made with dates, flour and butter can be also found in early Islamic records. The tribe of Bani Hanifa made an icon from dates, butter and dried curd and ate it during the pre-Islamic period. "Vatbe" is also another version of hays that is made with dates, yogurt and butter.

A bowl of boiled wheat

Deseed the dates and mince or pound them. Place butter and dates in a pan and fry them. Pour this mix onto the wheat previously boiled in a shallow frying-pan.
RELATED TOPICS