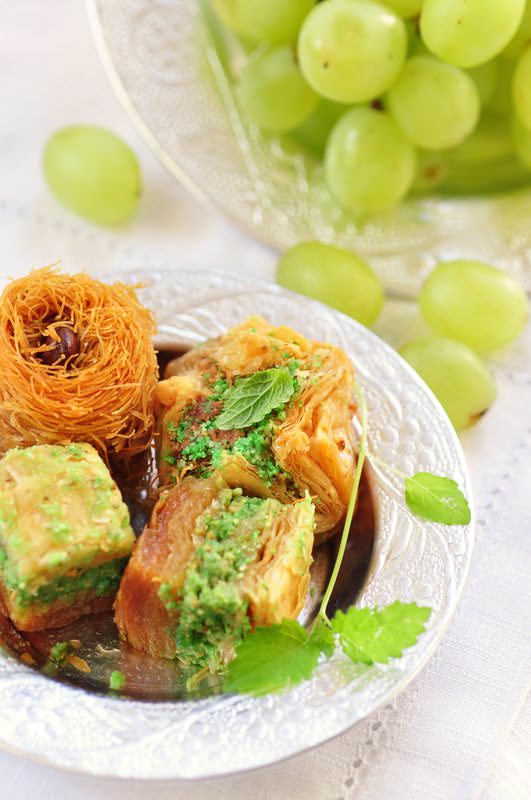 by Feb 23, 2016 12:00 am
A comprehensive database will be designed to create Turkey's gourmet culinary map thanks to initiatives launched by the Turkish Culinary Federation (TAFED). TAFED Vice Chairman Rahmi Yılmaz said the culinary tastes of each Turkish city and district will be defined and compiled in a large digital database to create standardization among recipes, adding that the database will be finalized next year. The project includes professional chefs who will introduce culinary standards at hotels and restaurants.

"Turkey's culinary tastes have not been recorded before this project. The database will feature all Turkish meals native to different cities and districts along with their recipes and cooking methods. What we are doing now is like establishing Turkish gourmet laws," Yılmaz said. He added that luxury hotels in Turkey serve the same food in different ways. "The project team will bring standards to avoid this. In other words, each meal will have a standard," he continued. "In Turkey, there are 293 different types of cheese, but how they are made has not been recorded. The database will also increase quality. Local people as well as tourists will be able to more easily access different tastes in the same place," Yılmaz stressed. Additionally, restaurants and hotels that abide by TAFED's standards will be registered and be allowed to display a special logo.

Professional chefs who attended the Aegean Hosttech Fair that took place at the Ephesus Congress Center also support the project, whose first leg has started in the Aegean region. Gourmet chef Ahmet Güzelyağdöken, who chaired a panel session at the fair, said: "Turkey lacks a record of its gastronomy culture. Many recipes are made in different ways. This is why they need to be written down," he said.

Nejdet Polat, the honorary president of the İzmir Chefs Association, said gastronomy is a big advantage for the tourism sector. He said the names of traditional dishes must remain in Turkey. "Why do we call 'pide' 'Turkish pizza?' Also, the same dishes go by different names in different regions," Polat said, stressing the need to protect traditional tastes with more care.
RELATED TOPICS