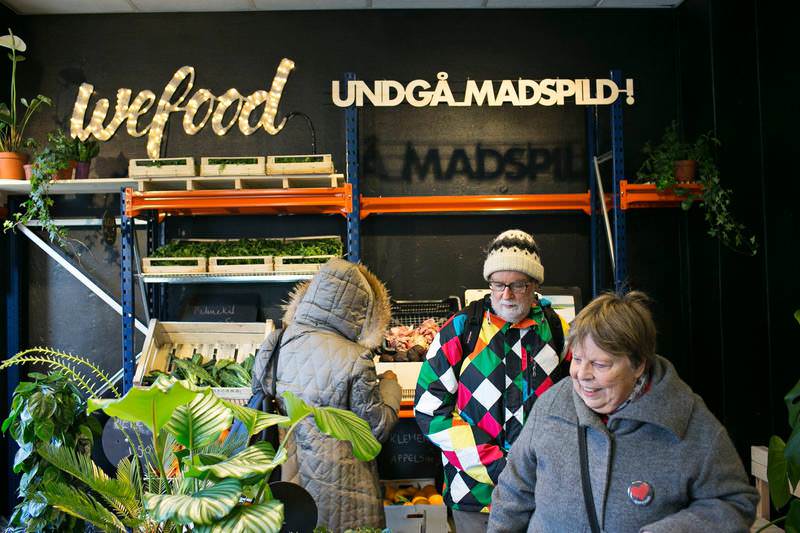 by Daily Sabah Mar 08, 2016 12:00 am
A new supermarket opened a few weeks ago in Denmark that distinguishes itself from other supermarkets as it sells expired food. Although WeFood is not the first supermarket to sell surplus food in Europe, the products are sold at discounted prices of at least 30 percent to 50 percent, and the profits are given to charities.

"WeFood is the first supermarket of its kind in Denmark and perhaps the world as it is not just aimed at low-income shoppers, but anyone who is concerned about the amount of food waste produced in this country," said Per Bjerre, of the nongovernmental organization behind the store, Folkekirkens Nodhjaelp, according to the Independent. "Many people see this as a positive and politically correct way to approach the issue." WeFood aims to reduce Denmark's food waste and is supported by the government.

"It's ridiculous that food is just thrown out or goes to waste," Eva Kjer Hansen, the Danish minister for food and environment, said at a recent event organized by WeFood, the Business Insider reported. "It is bad for the environment and it is money spent on absolutely nothing." The shop's opening was overseen by Princess Marie of Denmark, and former Minister for Food and Environment Eva Kjer Hansen. The U.N. estimates that 1.3 billion tons of food is wasted globally every year and 795 million people are undernourished around the world, according to the World Food Program data. The cost of wasted food is around $940 billion, according to the U.N. Food and Agricultural Organization (FAO). Wasted food reaches 700,000 tons of food waste in Denmark alone.
RELATED TOPICS