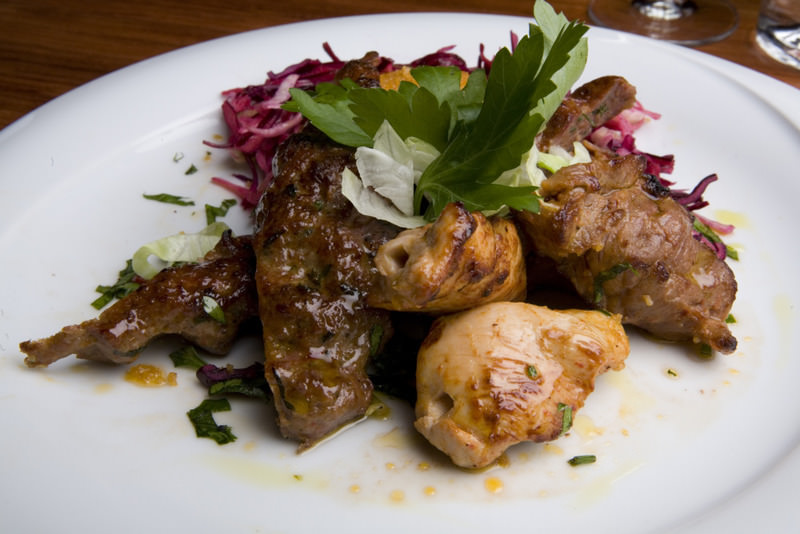 The owner of Hazev Restaurant in Canary Wharf, Şahan said that they have an exclusive recipe for grilled-lamb skewers that makes it expensive. The chefs use high-quality meat, vegetables and more importantly 25-year-old vinegar. They use Terre Bormane, a famous vinegar brand which costs TL 785 for a 10 cl bottle. Also grilled-lamb skewers are cooked with La Vallee des Baux, a world-class olive oil that costs TL 163. When it comes to the meat, Şahan said that he chooses Japanese Wagyu beef, one of the highest quality meats in the world and is known for being extremely marbled and also prefers expensive morel. Şahan opened his first restaurant at The Cut in 1999. His passion for food was apparent from the start, with his various dishes and distinctive recipes instantaneously greeted by excellent reviews.