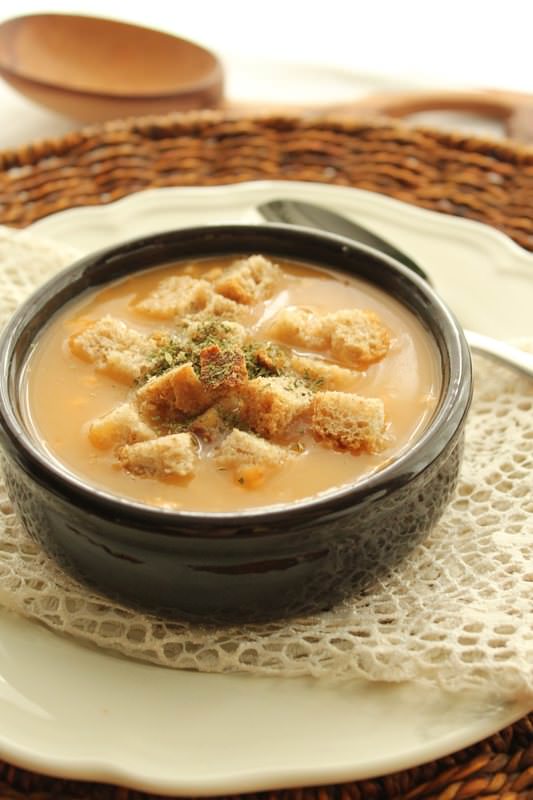 by Daily Sabah Apr 08, 2016 12:00 am
A new project is being launched by the Turkish Food Industrialists' Federation to replace fast-food menus in schools with regional, traditional culinary tastes, encouraging students to adopt healthy eating habits.

The federation is working with the Health and National Education ministries to implement the project that will introduce a four-course meal including homemade, traditional soups like ezogelin - "Ezo the Bride's" soup in Turkish and tarhana soup, made of sourdough. A group of federation members recently paid a field visit to schools across Istanbul, the project's pilot area. In a statement to the Turkish daily Habertürk, Sedat Zincirkıran, the federation's chairman, said that meeting children's nutritional needs in school must be based on a well-planned menu. "You cannot avoid obesity if you continue to serve fast-food or low-quality food products in schools. The cost of food production must remain a secondary issue to nutrition," he said, adding that they are in regular contact with dieticians and Health Ministry officials.

Stressing that the number of eateries serving local food has been on the rise in recent years, Zincirkıran recalled that similar projects have been launched in other countries, pointing to the British chef and restaurant owner Jamie Oliver, who launched the "Feed Me Better" campaign in the U.K. and made a significant impact on food culture in schools. In 2005, Oliver started the campaign to move British schoolchildren towards healthy menu options, steering them away from sugary and fatty foods. The project will also offer affordable prices for students, with four-course meals that cost TL 8 ($2.81). School dining halls will also be redesigned according to project guidelines. Childhood obesity is a serious medical condition that affects children of all ages. Several factors including genetics and environmental conditions are among the main culprits but eating habits also play a major role in a child's long-term health.
RELATED TOPICS