Delicious food: A common legacy for Greeks and Turks 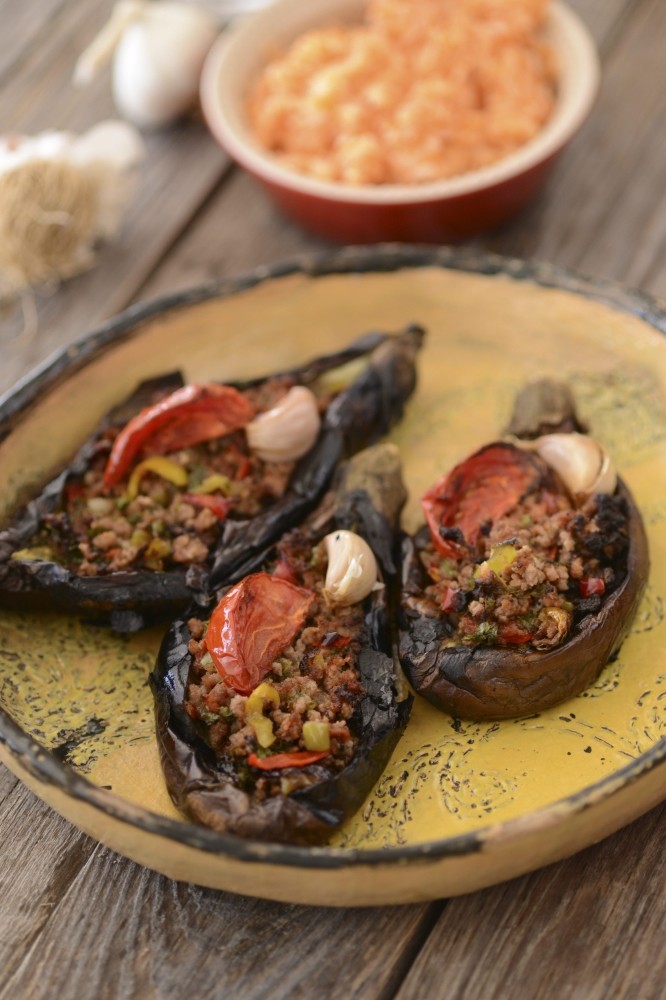 Having lived together for hundreds of years, Greeks and Turks have naturally developed similar tastes about which Greek chief Elias Mamalakis gave detailed information

Turkish and Greek cuisine share many more similarities than just similar names for food; in fact, the two cuisines are remarkably similar.

Whether it's dolma in Turkish or dolmades in Greek, both cuisines share a fascinating journey into the senses with a variety of scrumptious food. Elements of both cuisines are a mixture of Western and Eastern food.

"The similarities the two cuisines share are a long story," said Elias Mamalakis, a well-known Greek TV chef and the author of several cookbooks, a story "which cannot be covered in just one chat. Greek food has been influenced by Izmir, Istanbul and the surrounding areas coming to what it is now, a mixture of the Ottoman Empire and the Balkans. However every recipe, like every song or dance, travels from place to place, gets molded and takes on a different character. In Greece some dishes share the same names as the Turkish ones, and have kept their original names up to now. The differences are small and simple, and they just take a bit of a different character, but there is no secret if you think about it, each place adds its own flavor to the dish." 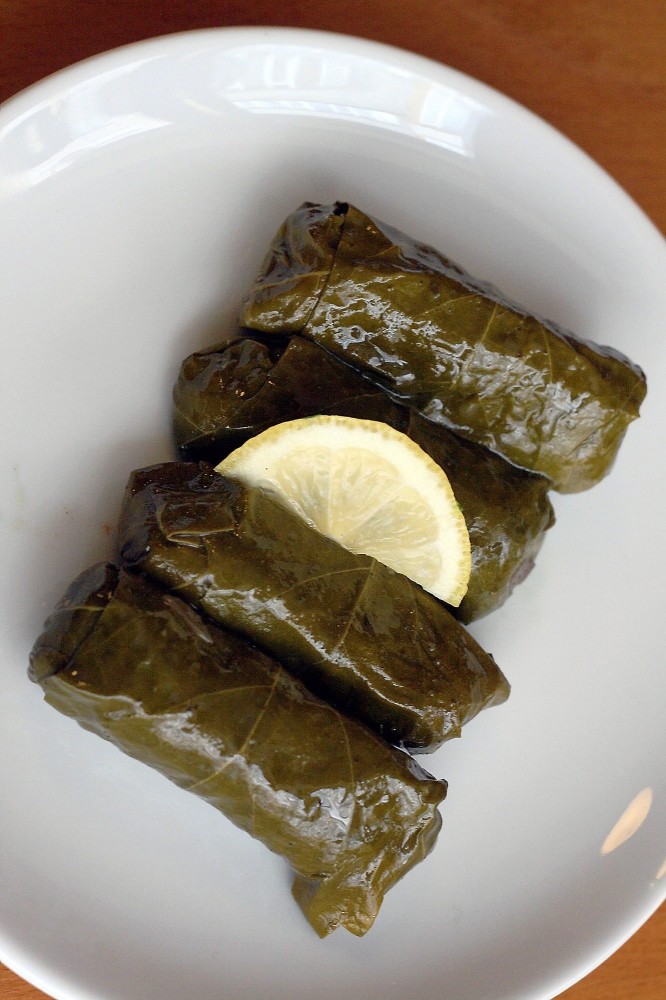 The dish "sarma" or "yaprak sarmasi" (also known as "yalanci dolma") in Turkish cuisine is called "Ntolmadakia yalantzi" in Greek, but they are almost exactly the same, only differing in the sauce that is used.

This dish dates from Ottoman times, where the word dolma comes from the Turkish verb "doldurmak," meaning to fill.

"When we think of the similarities in the two cuisines, the first things that come to mind are 'dolma' and 'imam bayıldı,'" chef Sofia Stavrou told Anadolu Agency. Stavrou, born and raised in Istanbul, has a number of ties with her old motherland, as she calls it. Cooking and food is one of them, and she speaks with delight about Turkish and Greek cuisine. The similarities are legion, she said, standing at her kitchen table and chopping onions to prepare "Imam Bayıldı," a famous dish whose name literally means "the Imam faints."

It is a dish from Ottoman cuisine using a whole eggplant stuffed with onions, garlic, and tomatoes. Explaining the dish's colorful name, she related, "The legend said that a Turkish imam who greatly enjoyed the taste of the dish fainted out of pleasure."

"We [in Greece] prepare 'papoutsakia.' In Istanbul we called it 'Karnı Yarık,' but without the bechamel [white sauce] over it. So the food at its base is the same," she said, echoing Mamalakis's statement that each country offers a bit of a different touch to a dish, without changing it completely, but just adapting it to the country's needs.

Pavlos Saftis, a chef, said, "I see that after 300 years of co-existence with the Turkish people, we have fused our foods together; we have mostly kept the Turkish on our side with influence from other eastern and Mediterranean countries. The Turks were far superior in terms of the variety of dishes and the flavor their dishes shared," he added, explaining that this comes from the once-sprawling Ottoman Empire and the many lands it conquered. "If you think about it, most of the spices and herbs Greek cuisine uses come mainly from their side. I would say that Greek food evolved into a lighter dish from the Turks in order to fit the Mediterranean diet."

Greece has the Horiatiki "salata" (or Greek salad), which in "Poli" - Stavrou's name for Istanbul, from Constantinopolis, the old Byzantine name for Istanbul - "we call 'coban salatasi,'" adding that Greece has "tzatziki and Turkey has cacık, it's all the same. Even the name holds the same root." She explained that coban is Turkish for shepherd and horiatiki comes from the word horiatis, Greek for peasant.

But apart from internationally known dishes like "dolmades" or "dolma," or "sarma" in Turkish, there are also other less well-known dishes that are the same, she commented.

The two nations are very similar in many ways, Stavrou said, and even share the same national food, the famous Greek "fasolada" or "kuru fasulye" in Turkish, which in both countries includes stewed white beans with olive oil, onions, and tomato sauce, in addition to celery in the Greek version.

Throughout the conversation, Stavrou spoke with excitement about the two countries, and shared several details from her secrets of cooking. "When it comes to sweet dishes, again we got most of it from the Turks," Saftis said, adding that the Turks for their part might have been influenced by the Middle East. When we speak of syrupy sweets, the first thing that comes to our mind is baklava, he added, a rich sweet pastry made of layers of dough with nuts and honey syrup and a touch of cinnamon. "This is purely an Ottoman Turkish sweet which has also been passed onto the Greeks as well," he said. "It is impossible not to connect the two countries and their cuisine, and it's impossible not to enjoy their dishes, even with the small variations that might exist," but this is what makes cooking a fascinating experience.
RELATED TOPICS