Nearly 2,000 tons of baklava to be produced daily in Turkey during Eid al-Fitr 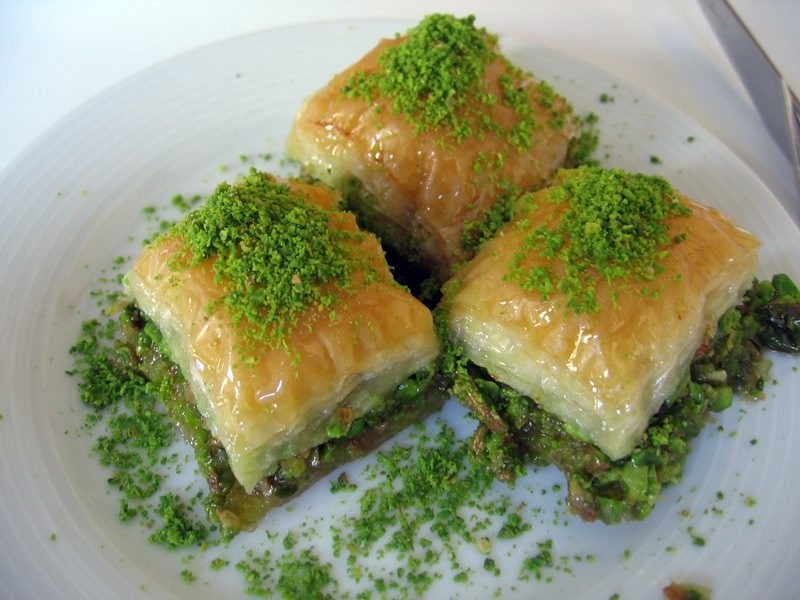 The famous Turkish dessert baklava, consumed regularly in large quantities by many Turkish families, is also the top choice when it comes to what is being served during Eid al-Fitr, a celebration observed by Muslims after they have fasted for the holy month of Ramadan.

Baklava and Sweets Producers Association (BAKTAD) President Mehmet Yıldırım reportedly said that despite the low demand in hot summer months, in the recent years, baklava has become the top choice of iftar menus, and that there has been an increase in its consumption.

He added that daily baklava production is around 950 tons across the country during regular times, with Istanbul producing 195 tons of the total.

"[Baklava] Daily production has doubled in Ramadan and increased to 1,700 tons. With the extra orders during Eid al-Fitr, we expect this year's daily production to rise to nearly 2,000 tons," Yıldırım said according to state-owned broadcaster TRT Haber.

An average person in Turkey eats 4.4 kilograms of baklava per year.

One of the main desserts of the former Ottoman Empire, and now Turkish cuisine, baklava is made with layers of filo pastry filled with nuts and syrup.

The southern Gaziantep province is famous for its baklavas, particularly for the usage of local pistachio used as an ingredient.

Gaziantep cuisine holds a special place among the Turkish cookbook with its traditional abundance of flavor. Recently, its municipality applied to be included in UNESCO's intangible cultural heritage list.