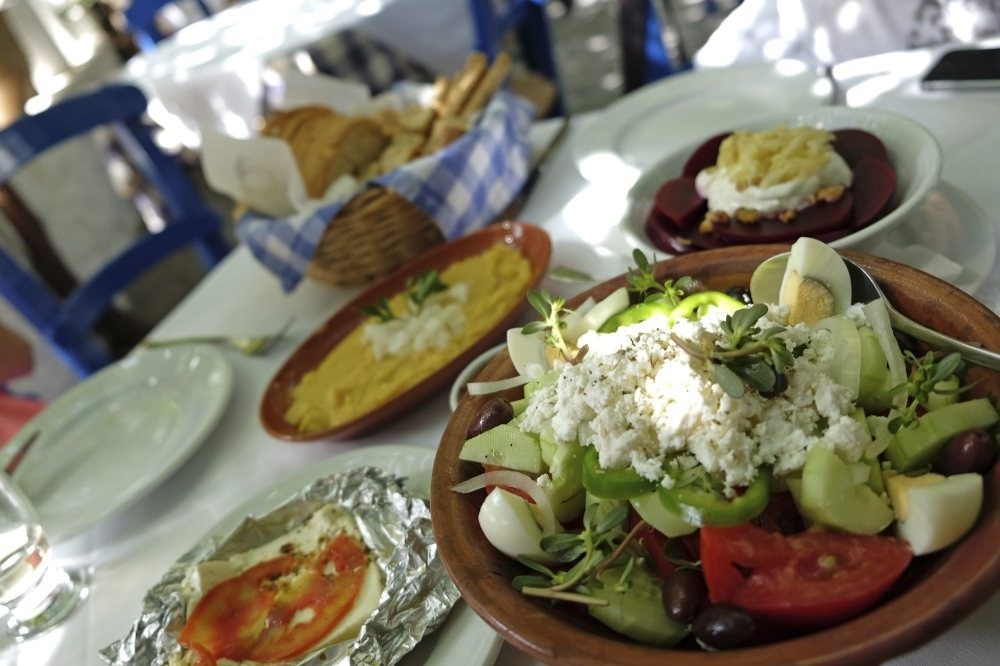 Crete cuisine
by Jul 28, 2016 12:00 am
The cuisines of different cultures brought by the people who have settled in İzmir's Urla district such as Yörüks (Turkish nomads), who migrated to İzmir after the Greek-Turkish population exchange, Cretans, Bosnians, Albanians and people from Kütahya province are being documented as a part of a scientific study. The local foods of the region are being compiled following interviews with people above the age of 70 in 36 villages and neighborhoods. Following the research, the stories and recipes will be compiled in a book that will be published in Turkish, Italian, French and English and a documentary will be filmed as well.

Assistant Professor Betül Öztürk of the Department of Culinary Arts and Management at İzmir University of Economics (İEÜ) said that Urla is where different cultures have lived in harmony and said Turks from Thessaloniki, Cretans, Yörüks, Bosnians and Albanians settled in Urla following the War of Independence. She said that people from Kütahya and Ordu provinces also migrated to Urla starting in the 1960s. "This blend is the past and present of Urla. The district has its own unique structure. Two villages that are very close to each other have different traditions and cuisines. Our main objective is to shed light on the rich cuisines and cultures of Urla starting with the olive oil production that was established in the region in 3,000 B.C. İzmir is the one and only city to be included in the World Gourmet Cities Network thanks to our initiatives. We work hard to introduce our cuisine to international players," Öztürk said.

Chef Betül Batur said there are people above the age of 70 who cook their own meals, know their traditions and practice them. "Most of the young people in Urla go to big cities to work now and older people usually stay in villages. We have managed to compile nearly 80 recipes so far," Batur said. First, Batur and Öztürk pay a visit to the head of the village to learn the brief history of the village. Knowing that the population of the region is mostly composed of people who migrated to the region from Thessaloniki, Bosnians and Albanians, the team interviews the elderly. "After assessing the data we have, we pass on the meals," Batur said. "We get the recipes verbally and try to cook them together while filming the process. We try each recipe at the Department of Culinary Arts and Management. We use measurements while filming the cooking process. We aim to pass down on an important piece of cultural heritage that is about the fall into oblivion for future generations through scientific methods."
RELATED TOPICS