Pizza by drone: unmanned air delivery set to take off in New Zealand 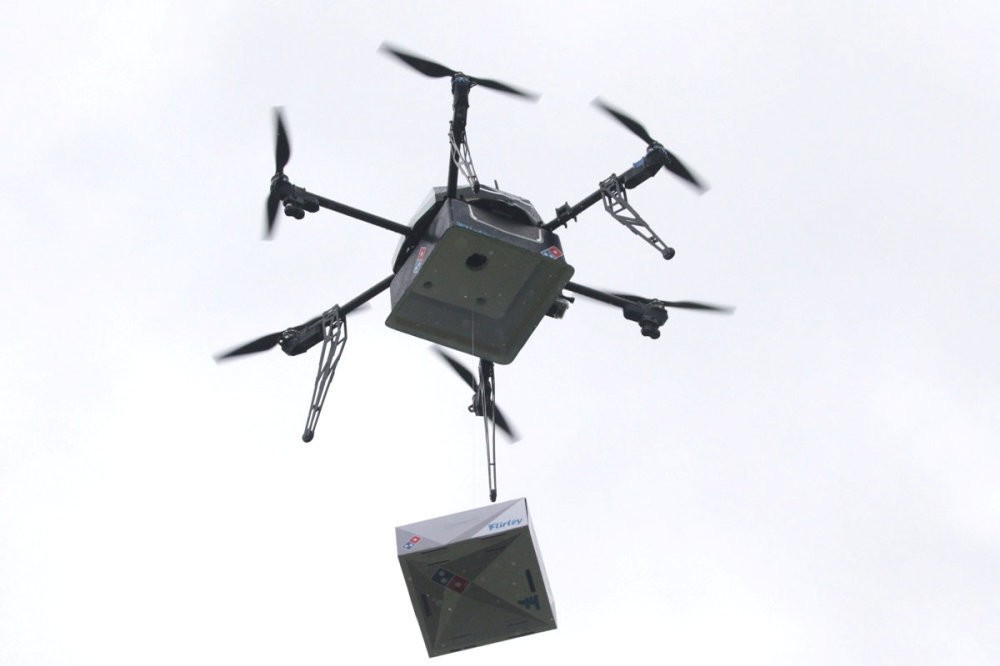 by reuters
Aug 26, 2016 12:00 am
A pizza chain aims to become the world's first company to offer a commercial drone delivery service, a milestone in the once-unthinkable quest to save time and money with an air-borne supply chain dispensing with people. Some of the world's biggest companies including Amazon.com Inc and Google, or Alphabet Inc as it is known, have plans to make deliveries by drone and aviation authorities in the United States, Britain, Australia and New Zealand have been relaxing rules to allow air deliveries. Last month, U.S. convenience store chain 7-Eleven Inc [SILC.UL] conducted the first single commercial drone delivery - coffee, donuts and a chicken sandwich - as part of a trial.Domino's Pizza Enterprises Ltd conducted a demonstration pizza delivery by drone in the New Zealand city of Auckland on Thursday, and afterwards said it aimed to be the first company to launch a regular drone service, late this year.

"Our enabling laws and regulation means we have the ideal environment," New Zealand Transport Minister Simon Bridges said after the Domino's test flight. But Philip Solaris, director of another drone company, X-craft Enterprises, said that while New Zealand has accommodating regulations on drones, Domino's would be held back by a rule requiring drones to be kept in sight at all times.

"I can't truly see how commercially viable that idea is because you would have to literally have somebody walking along to keep it in the line of sight, watching it at all times," Solaris said. Domino's service would still need to overcome "random hazards (like) power lines, moving vehicles, children in the backyard playing", he said. The Domino's and 7-Eleven deliveries both used drones provided by U.S.-headquarted Australian drone company Flirtey.

Domino's said it is also looking at opportunities for drone delivery trials in Australia, Belgium, France, The Netherlands, Japan and Germany. In Australia, drone deliveries will be legal next month, provided the drones stay at least 30 meters (100 feet) from houses. In the United States, drones will be allowed to make deliveries from Aug. 29, but not across state lines or over people.