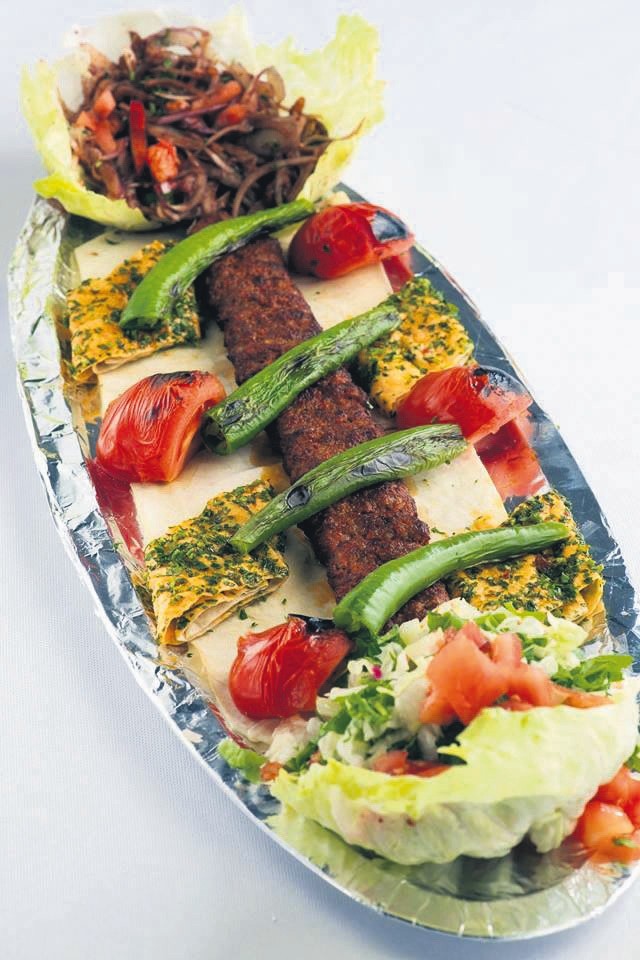 Develi
by Daily Sabah Oct 08, 2016 12:00 am
Regarded as a delicacy for meat lovers and the most unique form of meat in the world, "kebab" is one of the most popular and versatile dishes in Turkish cuisine; specifically, the cuisine of southeastern Turkey. Every province in the region has its own unique version of kebab - none more delicious than the other - with the most famous one being Adana Kebab, a hot and spicy kebab named for the district it hails from and made of hand-minced lamb cooked over charcoal on a wide skewer with just red pepper and salt. On the other hand, Urfa Kebab - a delectable kebab named for the province it hails from Şanlıurfa - is another spicy, delicious kebab sure to make your mouth water.

In Turkey, there is such a wide range of kebabs that nearly each province has its own. If you don't have time to visit Adana or Şanlıurfa, Istanbul is the next best place to try some of the country's best kebabs. Here is a list of Istanbul's top kebab restaurants by region of origin.

Founded in 1966 by chef Arif Develi, Develi Samatya is the first restaurant in a chain of one of the best chain and it is one of the best representatives of Antep cuisine around the world.

Every dish made at Develi Sam

atya is made with ingredients hand-selected by chef Develi himself from the southeastern province of Gaziantep. With a 400-seat capacity and a stylish terrace which seats 350, Develi Samatya is one of the most frequented and tastiest kebab restaurants in Istanbul. With a capacity of 400 people and stylishly decorated terrace which can seat 350, this restaurant has the tastiest kebab in Istanbul.

Located in Taksim Square, Zübeyir Ocakbaşı, is a grill house that you will find the best in southeastern Adana cuisine. Founded in 2006, this kebab house is one of the few remaining kebab houses in the city, where the traditional "grill house" of Ocakbaşı culture is preserved and guests can watch the chef prepare food at their tables. Zübeyir Ocakbaşı Restaurant is renowned for its tasty Adana kebab rolled in lavas bread.

The appetizers here are also among the tastes you must try but be careful not to get full before your kebab is served.

Unique in its own right and different from southeastern-style kebabs, the Cağ Kebab took its name from the eastern Anatolian province of Erzurum. A horizontally stacked kebab made of marinated lamb, this delicacy is made of sliced lamb and tail fat which are first marinated for 24 hours in a mixture of basil, black pepper, salt and sliced onion before being thinly split on skewers and cooked while turning over an open fire. Of course, if you want to try the best Cağ Kebab, you must visit Erzurum.

If you can't, however, the Sirkeci district of Istanbul is home to one of the best Cağ kebab places in town, Şehzade Cağ Kebab. Since it is a small restaurant, the ambiance is not enough cozy to stay for hours but I guarantee the kebabs are so mouthwatering you can eat more than one skewer of kebab on your visit.
RELATED TOPICS