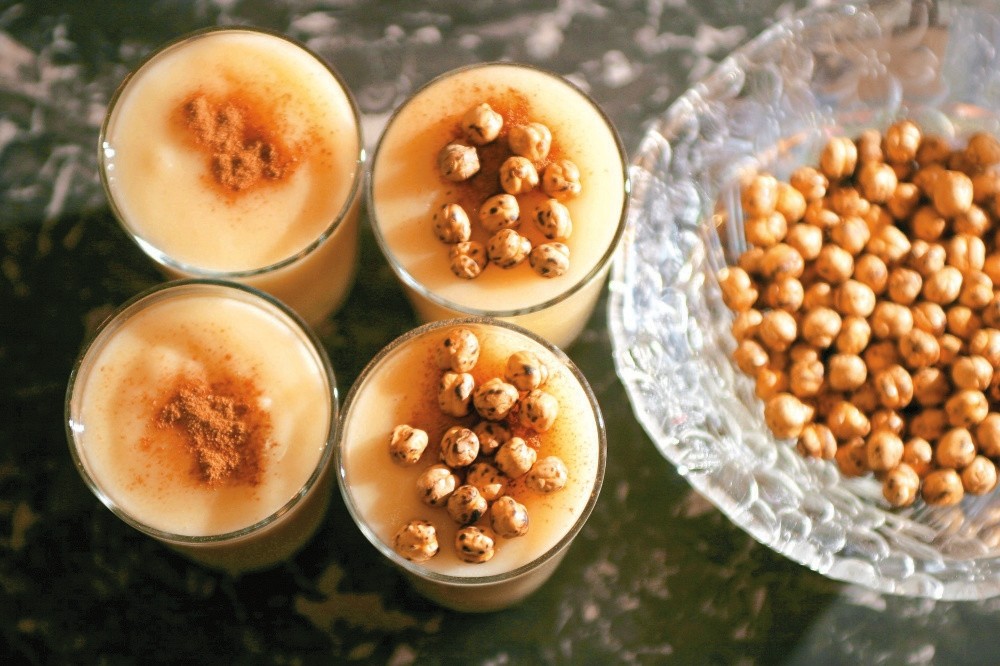 One of the most popular beverages in winter, enjoyed across the country, is boza. Boza is considered one of the oldest beverages in the region and is made from fermented grains. Boza is mostly popular in the Balkans and Turkic regions. It is especially popular in Kazakhstan, Kyrgyzstan, Albania, Bulgaria, Macedonia, Montenegro, Kosovo, Bosnia and Herzegovina, parts of Romania,and Serbia.

It is highly nutritional, containing lots of protein, calcium, thiamine, niacin,iron and zinc. It is so nutritious that it makes your stomach feel full. It is recommended to drink boza at least two or three hours after your meal. When you look at its story, the Turkic people of Central Asian invented boza in the 10th century.

During the Ottoman period in the 16th and 17th centuries, it was forbidden to drink boza because it contained opium and the excessive fermentation made the beverage alcoholic. In the 19th century, a version of boza that had no alcohol in it gained popularity both at the Ottoman palace and in Ottoman society. In those days, street sellers strolled through Ottoman neighborhoods and called out "Booozaa" in the streets as they sold it. Even today, this tradition can be seen on Istanbul's streets on cold winter days. When you hear the voice of a man selling boza, it means that winter has arrived. The best place to enjoy a cup of boza is at Vefa Bozacısı in the Fatih district, founded by Hacı Sadık Bey in the 19th century.