Give your taste buds a hot treat with çiğ köfte 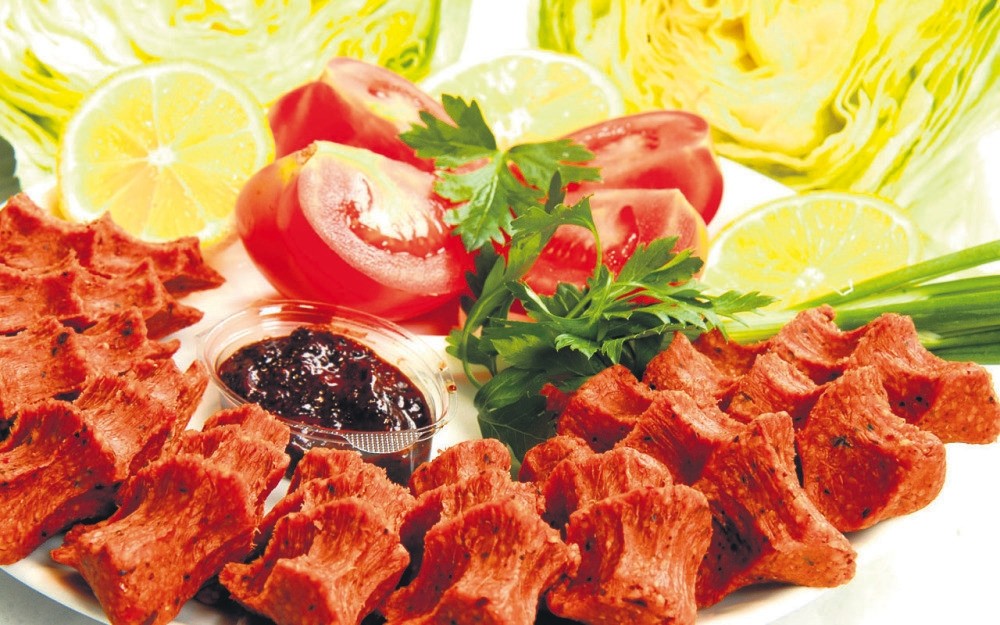 by Gönül Aydemir Feb 11, 2017 12:00 am
The çiğ köfte, a raw meatball dish, is traditionally made with either lean beef or lamb, kneaded into a dough with bulghur and isot – hot paprika flakes specific to Şanlıurfa – including other items such as tomatoes, tomato paste, garlic, ground pepper, cinnamon, salt and parsley – all rich in protein, carbohydrates, minerals and vitamins.

Usually served as an appetizer or meze, the çiğ köfte is one of the vast range of popular dishes to try from among southeastern Şanlıurfa province's rich cuisine.It is said that the origin of the dish dates all the way back to the era of Prophet Abraham. According to legend, when Nimrod seizes all fire materials and prohibits lighting fires, the people think what they can do for food.

It is said that a woman, using the meat of a deer hunted by her husband, created a mixture from meat, bulghur and isot – a primitive version of the çiğ köfte. The çiğ köfte, as we know it today, was born out of this necessity about 4,000 years ago. Although identified with Şanlıurfa, the çiğ köfte is widely available throughout Turkey and even abroad. The majority of current-day çiğ köftes do not contain meat, so they can be enjoyed by vegetarians as well.
RELATED TOPICS