'Sarma' in earthenware: A traditional dish with a twist 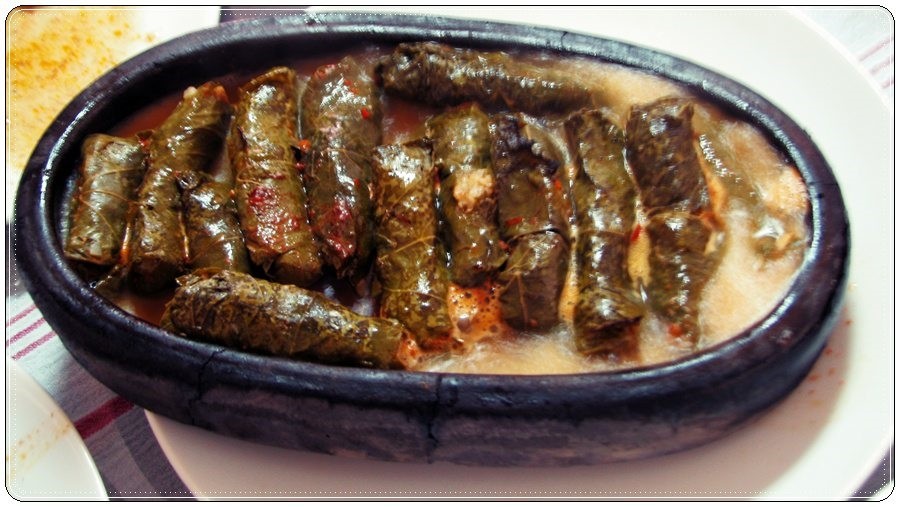 by Miraç Tapan Mar 11, 2017 12:00 am
With its presence in cuisines around Anatolia, the Middle East, the Balkans and Central Europe, "yaprak sarma" is a dish made of vine leaves rolled up with a filling, usually of minced meat, rice and various chopped nuts.

It was a part of the Ottoman kitchen, to where it probably came from somewhere in the Middle East and reached as far as the Balkans as well as parts of central Europe.

There are many ways to prepare this dish. For instance, the meatless, "zeytinyağlı" vegetarian variations are preferred in the Mediterranean and Aegean regions and hence, it can be consume hot or cold; while on the other hand, people in central Anatolia and Turkey's eastern provinces prefer it with meat and plenty of tomato sauce.

Locals in Göynük, however, bring this traditional dish to the table with a twist, as they cook "yaprak sarma" in traditional earthenware, commonly known as "güveç," which is very commonly used in Turkish kitchens.

Göynük's "sarma in güveç" is generally cooked in an oven and usually with a heap of tomato sauce.

First, the vine leaves are washed and left to soak. For the filling, rice is cooked and then mixed with minced meat, onions, pine nuts, and herbs such as parsley, dried mint and dill. Later, spices including cinnamon, cumin, black pepper and sweet red pepper are added. The filling is then placed in the vine leaves and rolled up.

Prior to cooking, oil is added to the güveç to prevent the sarmas from sticking to the walls of the pot and getting burned.

The sarmas are then gently placed inside the güveç and hot water is added to the pot, slowly. Once the water is added, the lid of the güveç is closed and the delicious yaprak sarma dish is then cooked on low heat. Once cooked, it is served with a garlic yogurt sauce.
RELATED TOPICS