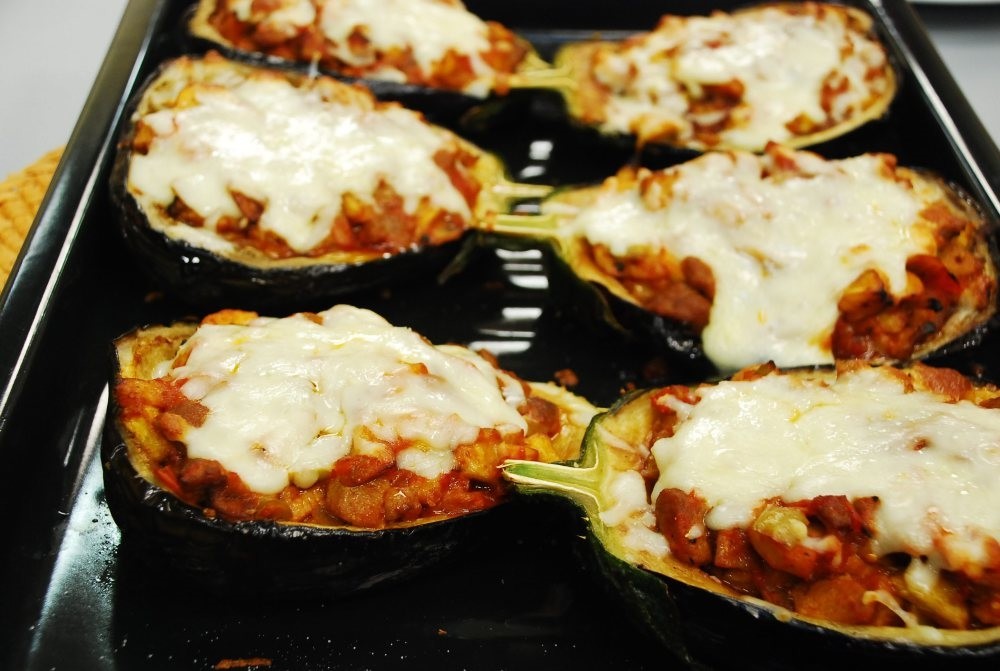 by Gönül Aydemir Apr 08, 2017 12:00 am
A variety of meat dishes are some of the best foods to try at Lake Abant. Hence, the national park is dotted by public barbecue ovens installed throughout the lake.

The Abant Kebab, which only takes 15 minutes to prepare and about 20 minutes to cook, is one of the vast range of kebabs to try.

Place the diced meat into a pot and simmer until it soaks up its juices. Then, add the onions and hot water to the meat - make sure the water is well above the meat. Cook at low heat until the water is evaporates.

Once the meat is almost cooked, add the butter, mushrooms and some salt to taste. After the mushrooms have soaked up their juices, add the capsicums, tomatoes and ground pepper and cook until the tomatoes done.

Cut the eggplants in half, lengthwise with their peel. Add vegetable oil to a pan and fry the eggplants on both sides at medium heat until they go soft. Soak off the excess oil with the help of a paper towel then place the eggplants in an oven tray.

Using a fork, press down on the center of the eggplants. Place the meat mixture that was prepared in the center of the eggplants. Mix some tomato paste with a little warm water and pour it into the oven tray. Sprinkle some salt and place the tray into the pre-heated oven at 200 degrees Celsius. A little before the kebab is cooked, remove tray from the oven, add the grated cheese and place it back in the oven and cook until the cheese melts. Enjoy.
RELATED TOPICS