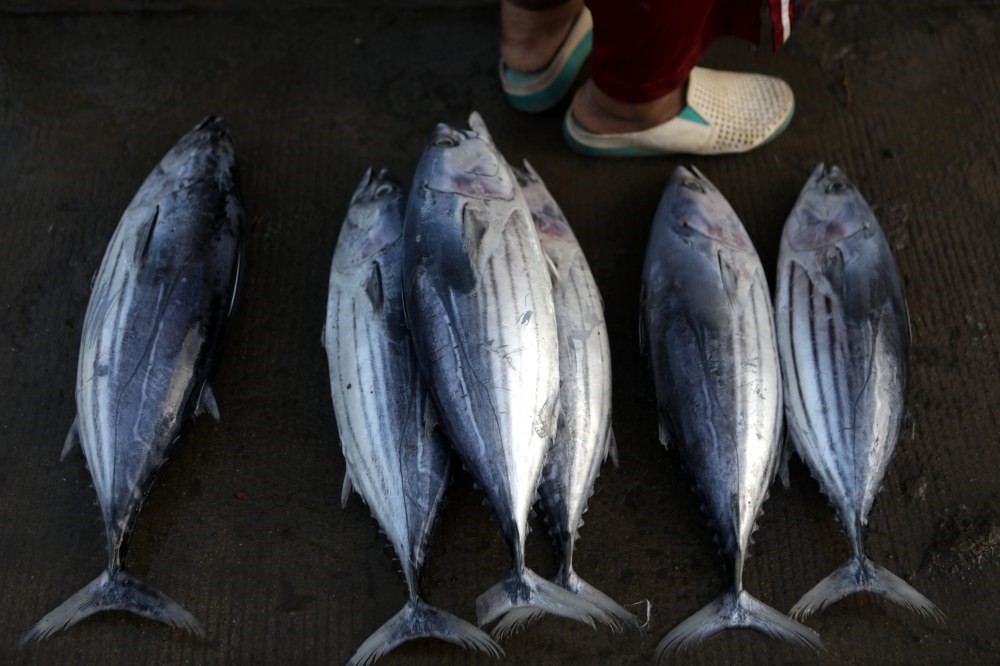 Harvesting fish and shellfish from offshore farms could help provide essential protein to a global population set to expand a third to 10 billion by mid-century, researchers said Monday.

Suitable open-sea zones have the potential to yield 15 billion tons of fish every year, more than 100 times current worldwide seafood consumption, they reported in the journal Nature Ecology & Evolution.

Coastal and inland aquaculture already accounts for more than half of the fish consumed around the world. Many regions, especially in Africa and Asia, depend on fish for protein.

Wild fishery catches, meanwhile, have mostly plateaued or are in decline.

That leaves the deep blue sea, or at least territorial waters up to 200 meters (650 feet) deep - the practical limit for anchoring commercial farms.

"Oceans represent an immense opportunity for food production, yet the open ocean environment is largely untapped as a farming resource," the authors noted.

To assess that potential, a team of researchers led by Rebecca Gentry, a professor at the University of California Santa Barbara, undertook a series of calculations.

First they divvied up the ocean into a grid, excluding areas that were too deep or already given over to oil extraction, marine parks or shipping lanes, for example.

Then - to calculate the biomass that might be harvested - the team matched 120 fish species and 60 bivalves to cells in the grid, depending on the temperature of the water and other factors such as oxygen density.

Currently, just over 40 species make up 90 percent of global seafood production. Only four percent of the total consists of finfish, such as salmon, barramundi, groupers and bass.

All the wild fish harvested worldwide could be obtained from an area the size of Lake Michigan, or Belgium and the Netherlands combined, the study showed.

"Nearly every coastal country has high marine aquaculture potential and could meet its own domestic seafood demand [...] typically using only minute fraction of its ocean territory," the authors said.

Many of the countries with the highest potential - Indonesia, India and Kenya among them - are also predicted to experience sharp increases in population, they noted.

The findings show "that space is currently not a limiting factor for the expansion of oceanic aquaculture," said Max Troell, a scientist at the Stockholm Resilience Centre who was not involved in the research.

But hurdles remain before production can be ramped up to meet a significant portion of global demand, he added in a commentary, also in Nature Ecology & Evolution.

"The big challenges facing the near-term expansion of the aquaculture sector lie in the development of sustainable feeds, and in better understanding how large-scale ocean farming systems interact with ecosystems and human well-being," he wrote. Production and transportation costs could also be a constraint, he added.