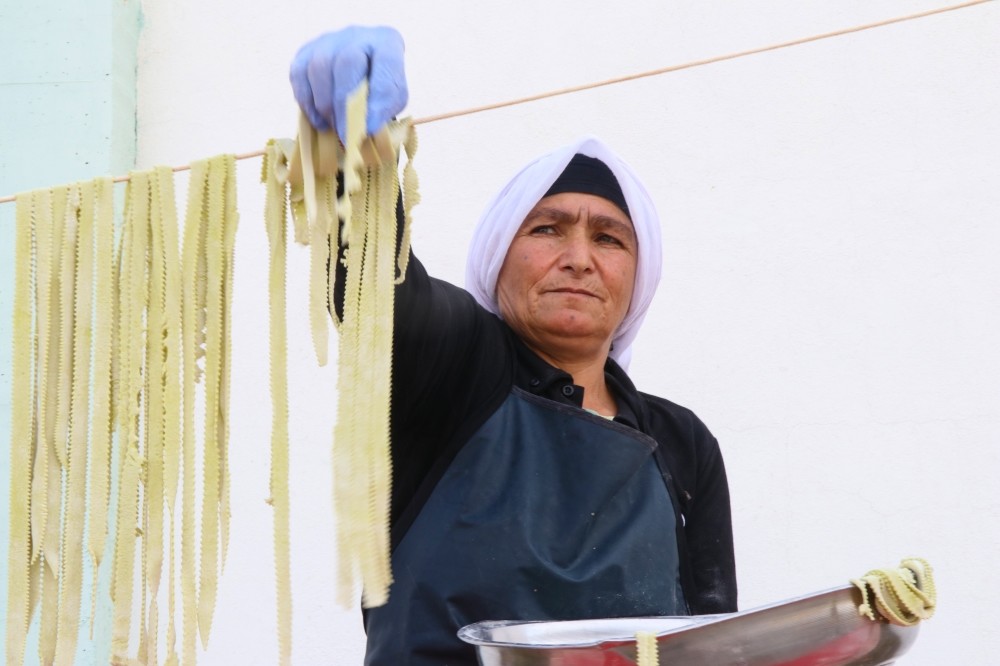 Handmade pasta from eastern Turkey is growing increasingly popular in Europe, especially in Italy, according to a Turkish entrepreneur.

A factory in the eastern province of Iğdır has launched a project to promote the local pasta, known as "erişte" in Turkish, across Europe.

Pasta is generally prepared for winter in the region and is often eaten with various types of sauces using tomato, basil, pepper or even plain.

Neslihan Sadak runs a food factory in the city that has been producing traditional products since 2013.

Traditional Turkish pasta is very popular in Europe, especially in the Italian food market, she said. She added that her brother opened a business in Germany in 2006.

"We use traditional methods to make this unique pasta, as is natural to us," she told Anadolu Agency (AA).

She said the local women who are cooks are involved in the process of producing the pasta, which is made from wheat flour.

After the fermentation process, the pasta has to be sun-dried and roasted before it can be prepared for cooking.

Restaurants featuring "Italian cuisine have shown great interest in our pastas," she added.

They sell the pastas, which are produced in Iğdır, to Italian, German and Turkish restaurants in Europe, she said, adding: "Turkish expats are also fond of erişte."

Aslıhan Sadak, the manager's sister, said the product is marketed for Germany.