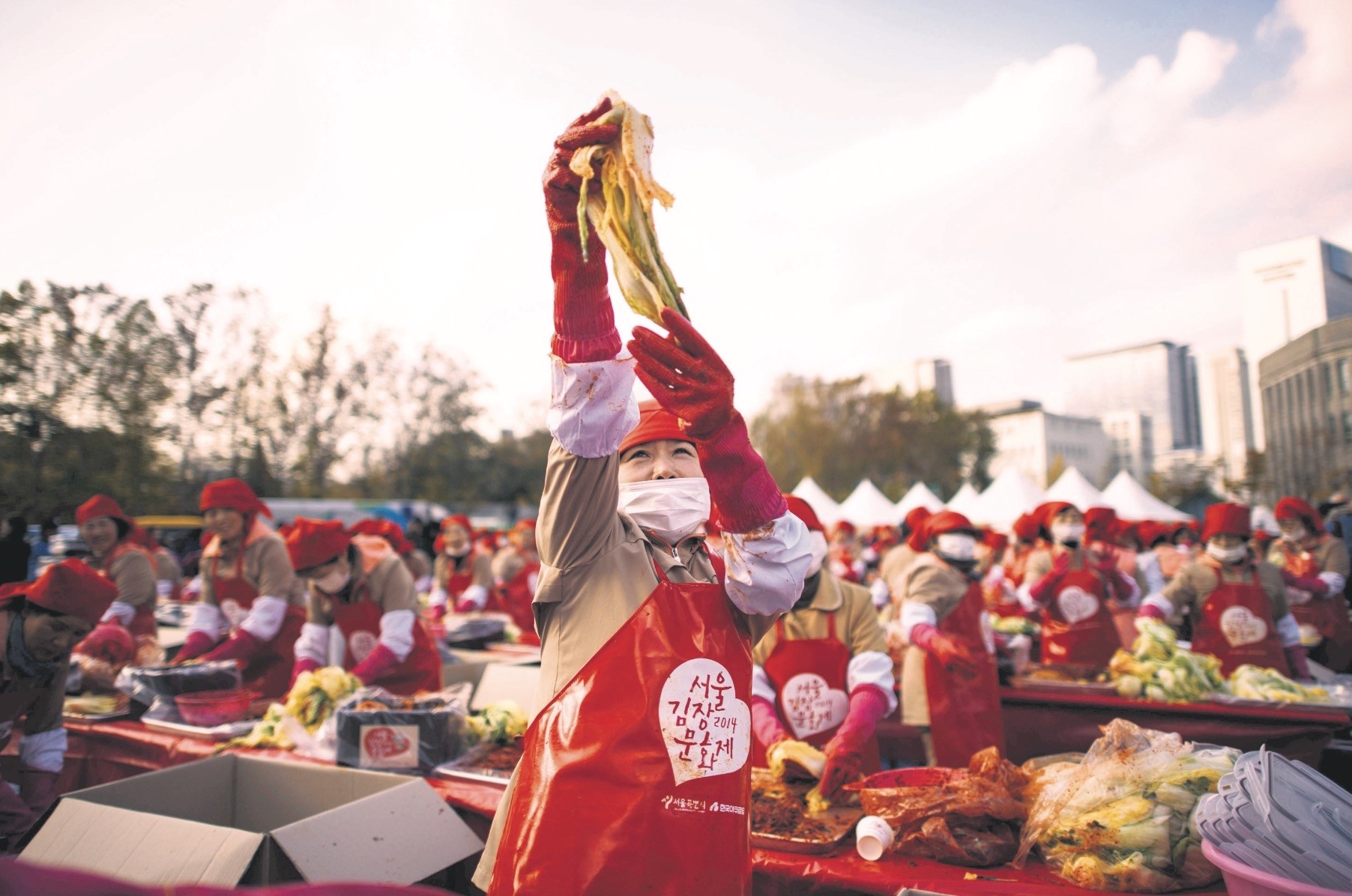 North and South Korea are radically different societies, one ruled by the same family for decades and the other a freewheeling democracy and thrusting economy, but the one thing unites them is their love of fermented cabbage

Kimchi, originally a means of preserving the vegetable during winter and which can vary from mild to fiery, has been a staple part of virtually every meal on the now-divided peninsula, housing South Korea and North Korea, for centuries.

In the North, where U.N. statistics say around 40 percent of people are chronically undernourished, it flavors the rice that is the mainstay of the diet. In the South, it accompanies cuisines from American to Vietnamese.

But while authorities on both sides of the border proclaim their commitment to reunification, after more than 70 years of total separation without even post or telephone links, the two countries are far more different than were East and West Germany when the Berlin Wall fell.

And even their kimchis have changed. They were listed separately on UNESCO's roster of the world's intangible cultural heritage, with the South's inscribed first, but in her central Pyongyang flat, Song Song Hui offers a patriotic defense of the Northern variety's superiority. 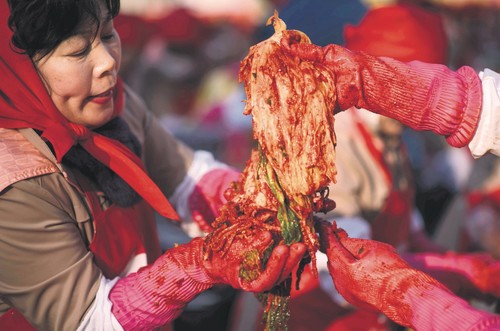 Kimchi has always had regional variations - it is saltier and stronger in the South, says Park Chae-Rin, a researcher at grandly-named World Institute of Kimchi (WIKIM) in Seoul, as the warmer climate made cabbage harder to store.

According to Park, technological advances in the South - many households have specialized kimchi fridges - and greater access to spices and condiments have m

"North Korean kimchi is similar to the kimchi eaten before modernization when there was no refrigerator and a lack of ingredients," she said. "In South Korea, that type of kimchi has completely disappeared."

Nevertheless, the kimjang - kimchi-making - season remains a family tradition on both sides of the border as temperatures fall towards zero.

In Song's flat, her cousin Yu Yang Hui - a chef by profession - mixed together sliced radish, garlic, pieces of pollock, and a red pepper paste, before

spreading the concoction between the leaves of cabbages soaked in salt water for 24 hours to soften.

Packed into plastic buckets to ferment on the balcony - in rural tradition the containers are buried - it would be ready to eat in a week, and at its best in a month.

"Korean people can eat rice only with kimchi," Yu said, adding a family of four could get through a kilo a day.

A request to see a North Korean family in full kimjang mode had resulted in the visit to Song's apartment, which overlooks the giant statues of founding leader Kim Il-Sung and his son and successor Kim Jong-Il that dominate the capital.

The Song family is undoubtedly members of the North Korean elite - Song's father founded the Pyongyang Glasses Factory before handing it over to the state, and it made the red glass torch that stands atop the Juche Tower monument in the city.

Song's piano was given to her by Kim Jong-Il, and a formal group photograph in the living room shows her standing directly behind current leader Kim Jong-Un, the third of the dynasty to rule.

Kimchi is not the only cultural component that divides Korean opinions.

A few years ago The Economist caused a stir in the South by suggesting its beer was inferior to those produced by the North's Taedonggang brewery.

More fundamentally, seven decades of political and economic division have seen linguistic divisions begin to emerge - North and South spell and pronounce some Korean words differently, and use different systems to transliterate into English.

Some terms common in the North are no longer used in the South, where young people are constantly coming up with new words - so much so that North Korean defectors are given language lessons as part of their assimilation course.

As far as kimchi goes, WIKIM's Park believes debates on flavor and quality are as much about memory as taste.

"The kimchi that tastes most like their mother's kimchi, the one that they grew up eating, is what people find most delicious."

WIKIM is funded by the Seoul government and has nearly 100 staff to promote the industry -- although the cabbage and spices for commercial South Korean kimchis actually come from China.

Claims, sometimes outlandish, for the food's health benefits are regularly made in the South, where authorities organize giant kimchi-making festivals, but for Park kimchi retains a role as a national identifier.

"Kimchi carries a kind of common sentimental element that ties together all Koreans," she said.