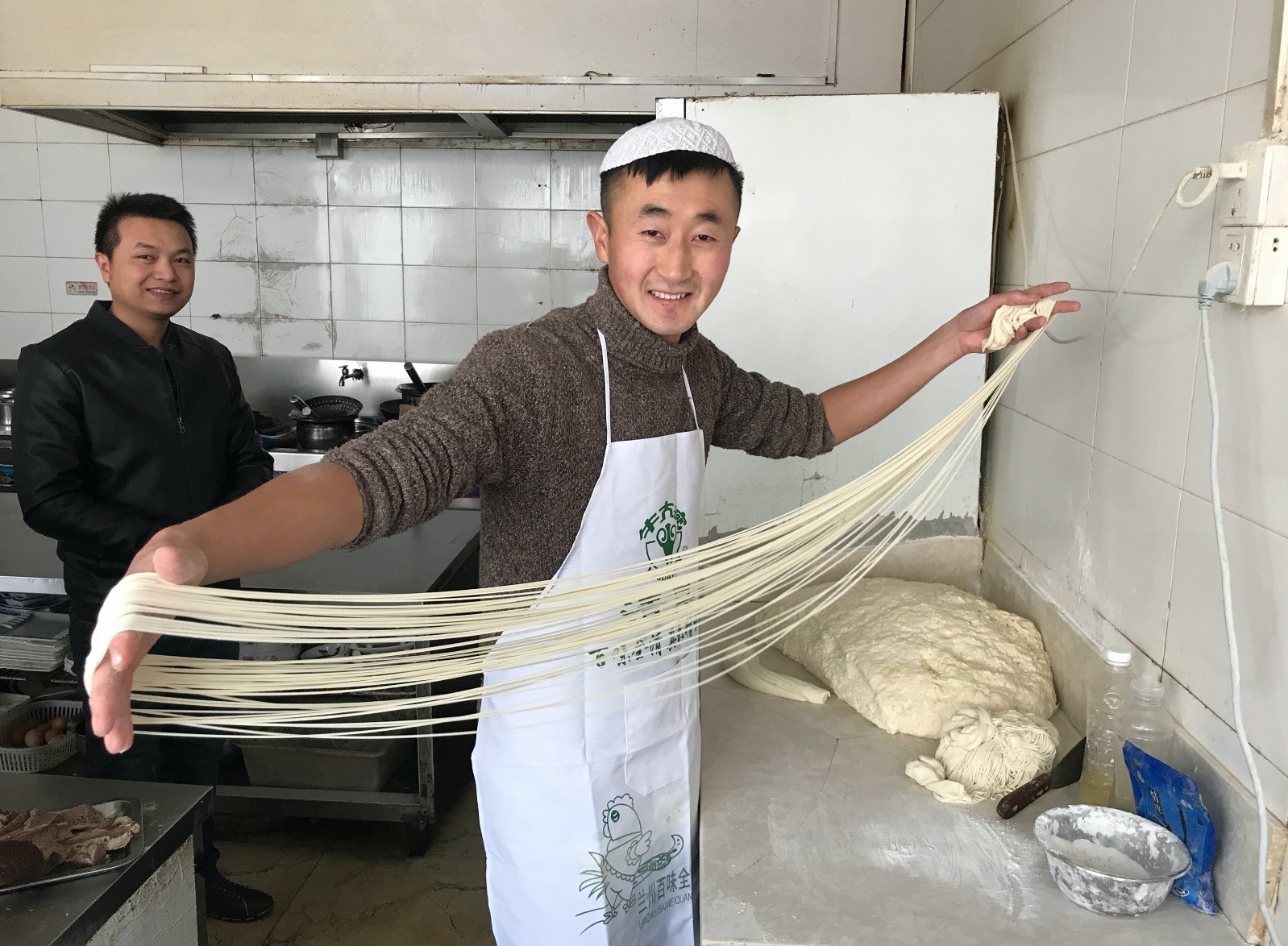 Noodle chef Ma Chin Hai said that at least a year of training is required to make the noodles, and it takes practice and time to become a master.
by Anadolu Agency Jan 22, 2018 12:00 am

Prepared with halal ingredients including rice, chicken, vegetables, soy, onions and coriander, lamien is an indispensable ingredient of the Chinese Muslim kitchen

Lamien (noodles), a traditional taste of the Chinese Muslim kitchen, with its interesting preparation method, is one of the meals the Chinese cannot give up. Deemed the "fast food" of the nation, as it is prepared quickly, Lamien is mostly consumed during fall.

This practical and traditional meal of the Chinese Muslim kitchen is mostly preferred in northern parts of China, while the southern parts mostly prefer rice dishes. Lamien is prepared by skillful hands that turn dough into thin strips. Noodles with boiled rice, chicken or vegetables, soya, onions, coriander and various sauces are offered to customers in large bowls after five minutes of boiling. 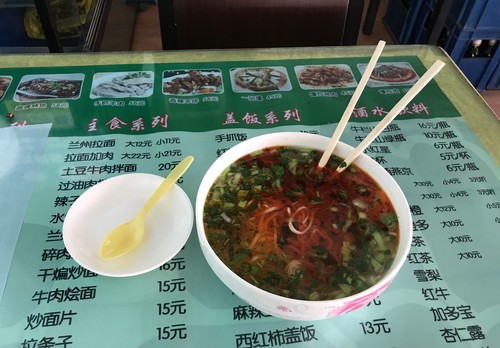 There are halal noodle restaurants close to the mosques, mostly crowded in fall, and hot steaming noodles are the favorites of customers, especially in the cold weather.

"Lancou Lamien," named after the capital city Lancou of the state of Gansa, which has a high Hui (Chinese Muslims) population, is another favorite. Ma Hai Chuen, the owner of the Lancou Lamie restaurant in Beijing noted that their rush starts in early in the day and does not end until late at night, and they work 12 hours a day in his interview with Anadolu Agency (AA). He said that family members, even sometimes his elderly mom and dad, work and support the restaurant. "We cannot take any time off, not even on weekends. We work hard but at the end of the day, we are content with what we do," said Hai Chuen.

Noodle chef Ma Chin Hai said that at least a year of training is required to make noodles, and it takes practice and time to become a master. Chin Hai added that Lancou noodle was created towards the end of the rule of the Qing dynasty, so it has a history of more than two centuries.

In addition to China, noodles are widely consumed in South Korea, Japan, Singapore and Vietnam, and "fangbienmien" (readymade noodles) are sold online. "taobao.com" and "jd.com" under Alibaba and various other online stores offers noodles, and as of last year, the online food market volume in China exceeded $37 billion, most of it ready-made noodles.