Local Tarsus hummus served as main course, gets a trademark 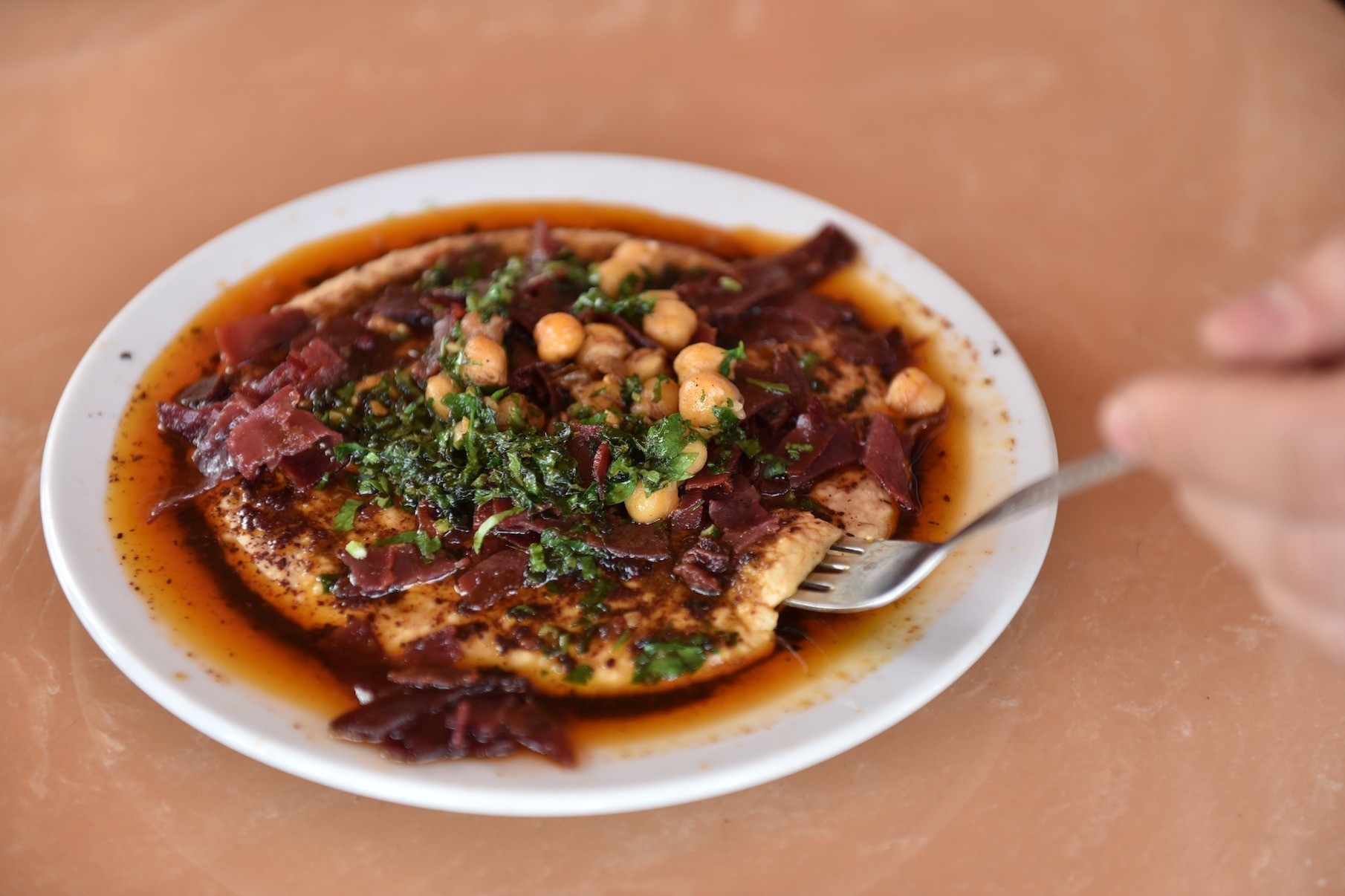 The Tarsus district in Mersin province wants to be at the forefront of gastronomy tourism by presenting its local hummus, which received geographical indication registration a while ago. The Turkish Patent and Trademark Office (TURKPATENT) has given geographical registration to Tarsus's hummus. Tarsus been home to many cultures since the Neolithic era and is a center of religious tourism due to sites such as the Cave of the Seven Sleepers and Saint Paul's Church.

Chefs who make hummus, which is served as a main course with butter and spices, also want to become prominent in gastronomy tourism and introduce local dishes.

There are many different dishes from Mediterranean, Cretan, Turkmen and Yörük cuisine in the district due to its history.

Explaining they conducted a poll on the internet in Turkey and around the world, Koçak said: "We searched for an answer for the question, 'If you want to introduce Tarsus with a food, which food would it be?' When we completed it, we found that the answer was hummus, at 90 percent."

Even though hummus is a food most associate with the Middle East, Koçak said Tarsus's hummus is different because of its presentation.

Explaining that hummus is served cold after chickpeas, Koçak said: "Even if hummus is known as a mezze, we eat and serve it as a main course in Tarsus. We have some restaurants that serve only hummus. We applied to TURKPATENT, presenting our distinctive features. After it was approved, we received the geographical registration."

He said that the recognition has great meaning for them and that they want to be at a good level in gastronomy tourism, as well.

"We started to work for the introduction of hummus. For instance, we will prepare a comprehensive organization to introduce our local dishes at a festival in our program. Tourist interest in hummus drew our attention."

In Hatay, hummus is made with olive oil and served cold as a mezze. In Tarsus, it is served hot as a main course. This is the main difference concerning hummus in Tarsus.

Chickpeas, which are soaked in water a day, are then boiled and then mulled. After they are mixed with tahini, the mixture is heated on the stove for a while. For presentation, cumin, sumac and a pinch of parsley are added. Butter and red pepper powder is also indispensable. Hummus is served plain or with pastrami.