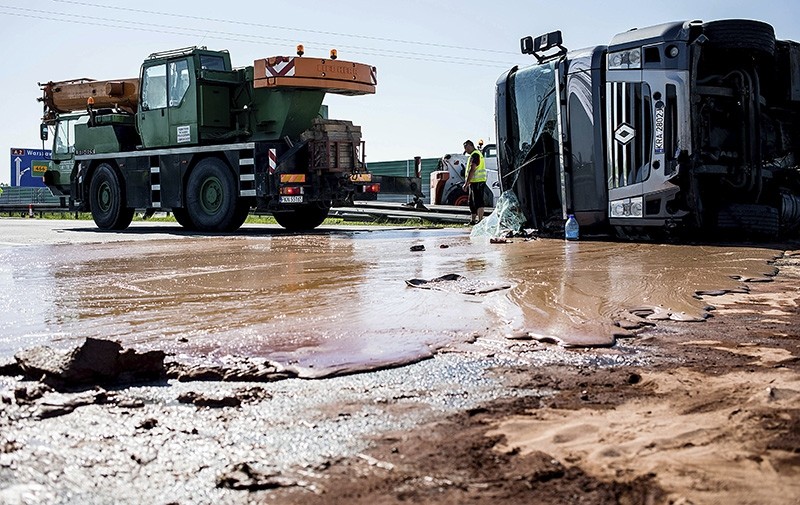 Tons of liquid milk chocolate are spilled and block six lanes on a highway after a truck transporting it overturned near Slupca, in western Poland, on Wednesday, May 9 (AP Photo)
by May 09, 2018 12:00 am

Authorities in Poland were left with a sticky situation indeed after an accident saw a lorry spill 12 tons of warm, liquid chocolate onto the motorway, Polish radio station RMF FM24 reported on Wednesday, citing the fire brigade.

The incident happened around 60 kilometers east of the western city of Poznan, where the lorry overturned after hitting a crash barrier, with the driver sustaining light injuries.

The motorway was blocked off while emergency services tried to remove the kilometer slab with warm water, with the task expected to take several hours.