Dropout to Michelin stars: The rise of chef Chan in Taiwan 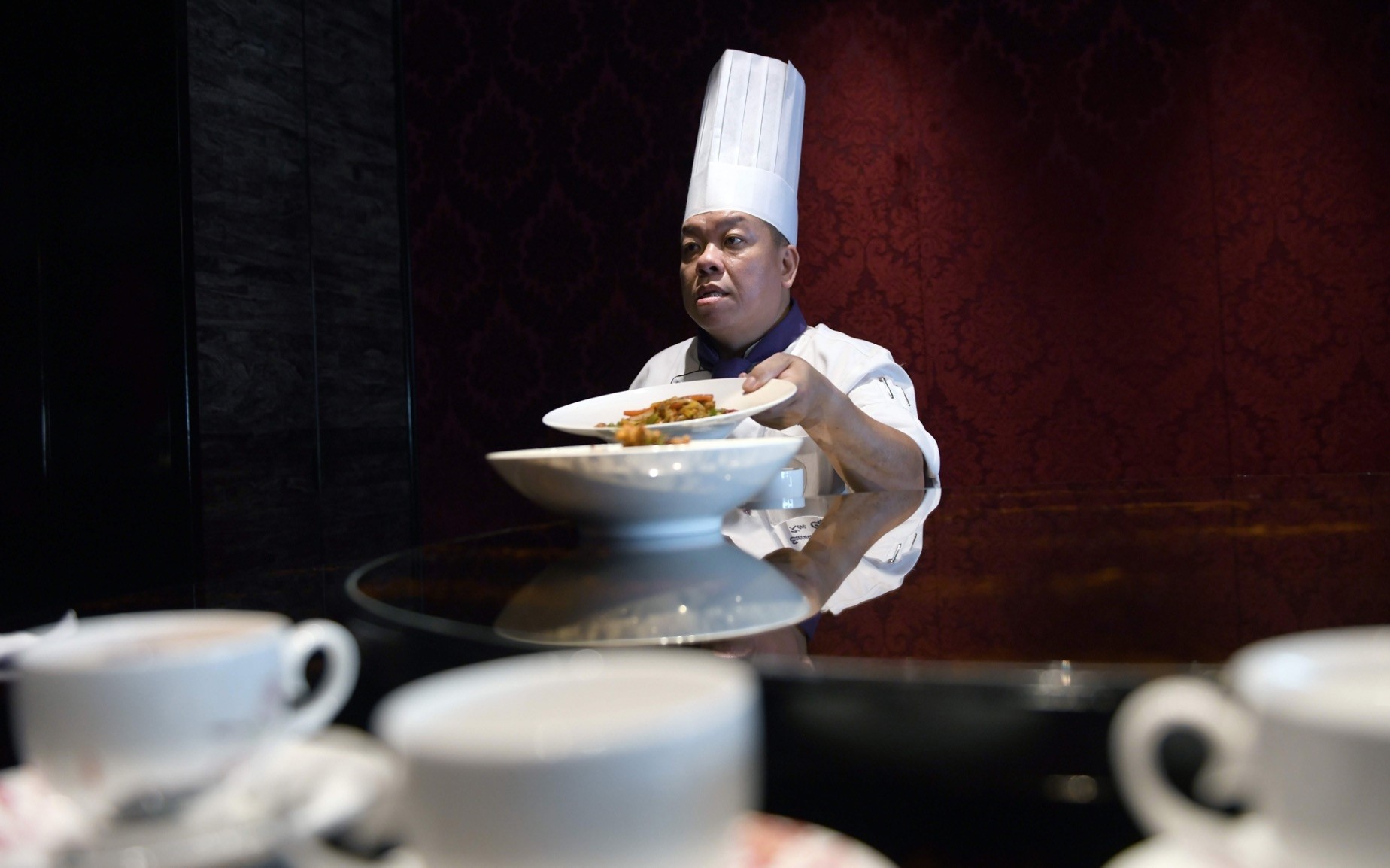 Ken Chan has come a long way since he started out wheeling a trolley in a dim sum restaurant, becoming the first chef in his adopted home of Taiwan to win three Michelin stars.

Hong Kong-born Chan, 53, worked through tough apprenticeships back home before rising through the ranks on Taiwan's culinary scene over the past three decades to become executive chef at luxury five-star hotel restaurant Le Palais in Taipei.

Serving mainly Cantonese cuisine as well as Sichuan, Fuzhou and Taiwanese dishes, Le Palais became the first and only restaurant in Taiwan to receive three stars when Michelin launched its Taipei guide earlier this year, describing the food as "truly outstanding."

Chan's menu is relatively affordable compared with three-star restaurants in the rest of the world, with dishes ranging from steamed prawn dumplings and baked barbecue pork buns, priced from Tw$250 ($8), to an eight-course set including lobster salad, bird's nest soup, braised abalone with goose foot and steamed tiger grouper at Tw$6,980.

Taiwan's most-recognized chef, Andre Chiang, famously gave up the two Michelin stars attached to his eponymous Restaurant Andre in Singapore, closing it in February to focus on other projects, including his Taipei restaurant RAW.

But Chan says he believes receiving the stars will boost the island's burgeoning foodie credentials.

"It inspires everybody to aim higher and higher," he told Agence France-Presse (AFP).

Chan attributes his accolade to "luck," but it is also testament to perseverance.

After dropping out of school in Hong Kong aged 12, Chan began working in a restaurant in the city, pushing a dim sum trolley around the tables from which customers would choose dishes.

He already had a love of cooking passed down from his mother and remembers how she would give him two Hong Kong dollars to buy ingredients in the market to feed the family, as she was working full-time to make ends meet.

Having to carefully think how to spend the money to create the best meal has influenced his approach in the kitchen now, says Chan.

"I told my staff 'You shouldn't just aim to finish the job but should do it well, as if you were cooking for your parents,'" he said.

Life in the Hong Kong restaurant business was far from glamorous.

Chan was tasked with washing the underwear of a chef he worked under and recalls being hit on the head with a spatula when his "master" was in a bad mood, even being thrown into a river for making mistakes.

"Back then if you wanted to learn something, you had to beg the master to teach you," he said.

"I had to buy drinks and fruit to treat my masters so they would casually teach me one or two steps."

Chan believes young people now are too pampered and unable to handle pressure.

With just HK$270 ($34) in his pocket, Chan began a new chapter in Taiwan 30 years ago at the age of 23, after his mother died and his girlfriend dumped him.

His first job was as a chef in a vegetarian restaurant and he recalls feeling isolated because he only spoke Cantonese, the dominant language in Hong Kong, not Mandarin which is spoken in Taiwan.

But he says a sense of pride made him stay and he began to build a reputation for his Cantonese cuisine.

Chan worked up to becoming head chef at another five-star hotel restaurant in Taipei, before taking the executive chef position at Le Palais in 2010. At the time, the restaurant had only been open for a few months and Chan was despondent over the lack of customers on his first day.

"I didn't go home that night and locked myself in the office to ponder over how to run the restaurant," he remembers. He came up with a new menu of 27 dishes and replaced around a third of the staff as part of a major overhaul.

Chan worries that traditional skills in Cantonese and Taiwanese cooking will eventually be lost as the old masters age and young chefs struggle to create the same flavors.

But for now, he says his own goal is to keep reinventing himself.

"I don't see myself as a veteran chef," he told AFP.

"My mentality is that I am like a child just learning to walk and I have to constantly learn new things."