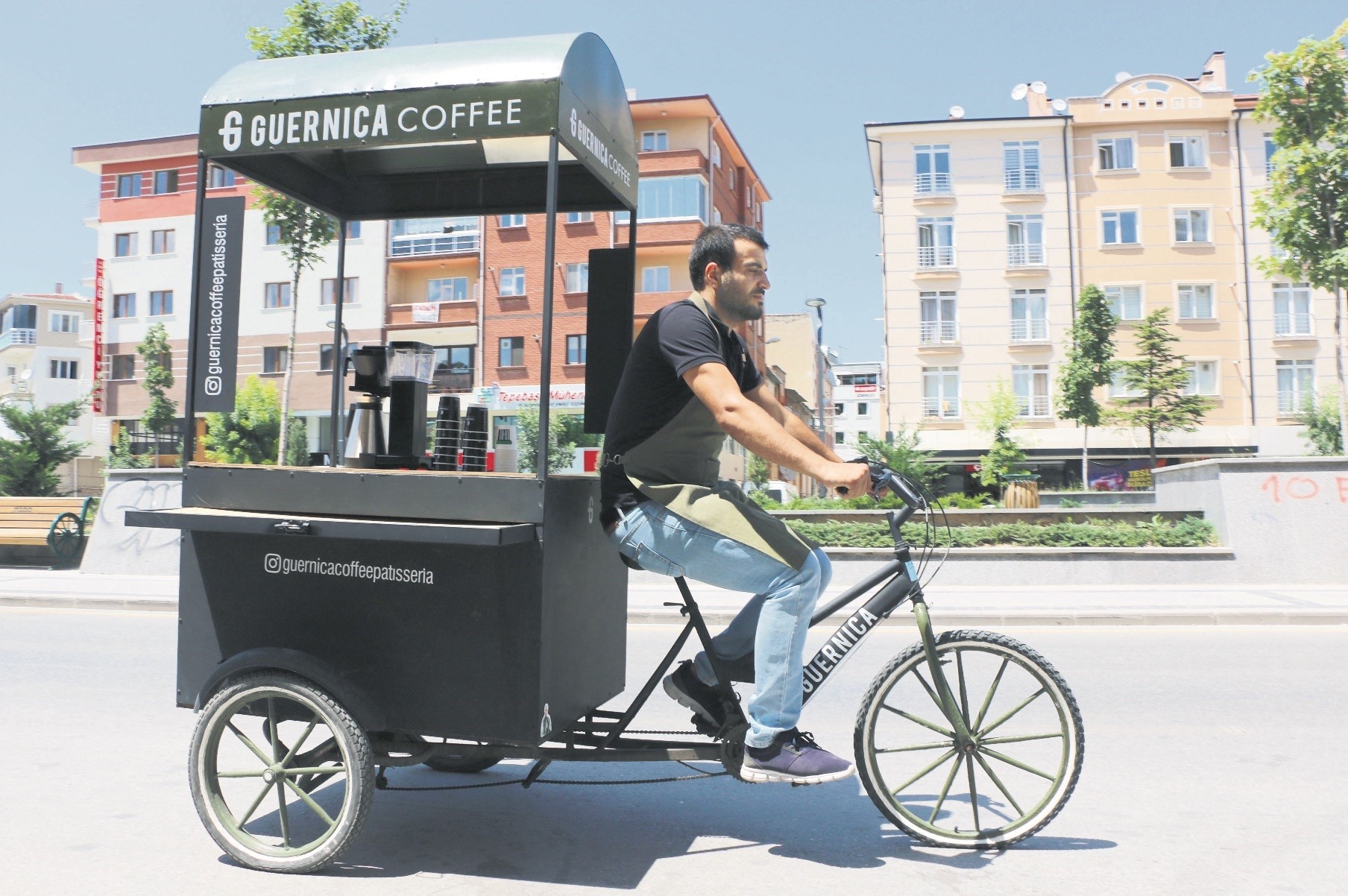 If you happen to see a young man pedaling his tricycle towing a coffee cart behind, don't be surprised. Murat Sönmez, who is studying in Eskişehir has designed and built a cart where he sells coffee made of 50 different beans from 11 countries.

Sönmez always wanted to open a coffee shop. When he started university, he worked at various shops in the city and learned the tricks of the business. When he graduated with his bachelor's degree in art and started his Master's degree, Sönmez thought it was time to realize his dream.

He started his job do design a tricycle to carry the coffee cart. Then he designed his cart for which he was inspired by Picasso's masterpiece "Guernica." For eight months, Sönmez worked on his coffee cart from head to toe and finally accomplished his dream.

Sönmez takes orders and then pedals to the address he is given. He says his customers are surprised to see him roll in on a tricycle.

The coffee beans Sönmez serves to his customers come from abroad, from 11 different countries from Costa Rica to Brazil.

Hayrettin Can Aytepe, one of the customers, said it is weird to have his coffee from a cart behind a bike.

Doğan Kayacık, another customer, said it is good to have service that comes directly to you.