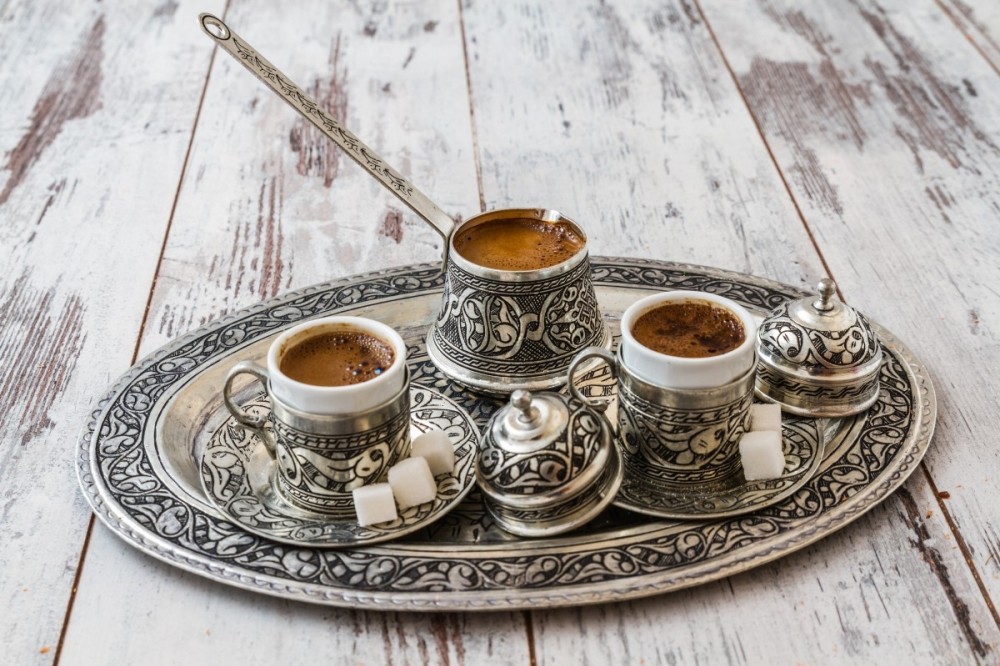 Today is World Turkish Coffee Day, an excuse to celebrate the coffee culture of Turkey and the amazing taste that comes from the country's finely grounded beans

On almost every corner of Turkey's big cities, it is possible to come across a Starbucks or see people holding hot lattes or cafe Americanos. Although mainstream American and European coffee brewing techniques seem to be conquering the tables of Turkish coffee lovers, they cannot conquer their hearts, as those belong to Turkish coffee.

There is a saying: "A cup of Turkish coffee is remembered for 40 years," meaning that many friendships can be formed around a single cup of Turkish coffee. To celebrate the sleepless nights and unmatched taste of this beloved coffee, Dec. 5 has been dedicated as World Turkish Coffee Day.

What makes Turkish coffee different from other coffee types is its finely ground coffee beans. The brewing technique is also unique as the coffee grounds are left in the cup. Although brewing methods for European coffees have changed throughout the years - hipsters are partly to be blamed for that - the method for Turkish coffee has remained the same for centuries. Granted, making Turkish coffee is now quite easy thanks to automatic machines, the taste is truly extraordinary when it is made in copper pots on a coal fire. 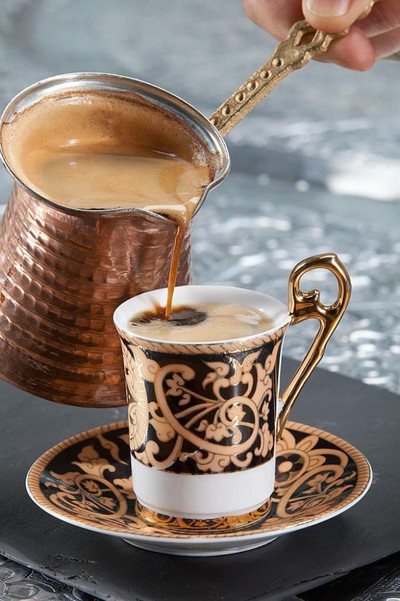 Turkish coffee is served with a glass of water and a piece of Turkish delight, or lokum, on the side. The water aims to awaken and refresh your taste buds, so you can enjoy the coffee's flavor even more. Turks consider their coffee a delicacy, not something you drink all day.

Thanks to its unique taste and traditional presentation, Turkish coffee made UNESCO's Intangible Cultural Heritage list in 2013.

Coffee arrived in the 15th century

Although coffee is deeply rooted in Turkish culture, Turkic tribes did not bring it with them when they migrated to Anatolia from Central Asia. Although there are a few theories, there are two widely accepted possibilities about where Turkish coffee originated. Some believe that the coffee beans were first discovered in Yemen and from there spread to the Hejaz region, which was then under Ottoman rule.

According to the records of Ottoman historian İbrahim Pecevi, two men named Hakem of Aleppo and Şems of Damascus opened coffee houses in Tahtakale, Istanbul in 1554. However, Istanbulites are believed to have been introduced to coffee long before the first coffee houses opened their doors.

Once Turkish coffee became popular, merchants began trading the coffee beans as well as adopting its serving traditions. In time, Turkish coffee, which is known for its strong taste, became the star of coffee houses around Europe.

Turkish coffee is indispensable for Turkish people and their culture. Turks associate Turkish coffee with conversations made with friends, as a morning treat and with breaks taken during the day. If you are tired from a hard day's work, nothing puts you in a good mood like a cup of Turkish coffee with a glass of water.However, there are many instances that Turkish coffee plays a more crucial role in social life.

When a future groom visits the house of a future bride to ask for her hand from her father, Turkish coffee is served to every guest. In the past, women served salty coffee to the men they did not like and coffee with plenty of sugar to those they did. Thus, the groom candidates are able to subtly figure out their potential wife's opinion through a single cup of Turkish coffee.

Turkish coffee is also the subject of many superstitions, including the most popular suggesting that the grounds left in the cup can predict your future. Once the coffee is drunk and only the grounds are left, the cup is commonly turned over on a saucer to cool, and it is believed that the patterns left in the coffee grounds can be used for fortune telling.

A cup of Turkish coffee keeps the doctor away

Recent research revealed that Turkish people crave coffee more than tea. According to the study, interest in coffee and coffee-related devices this year increased by a staggering 324 percent compared to 2017.

It is said that every Turk consumes 600 grams of Turkish coffee every year.

Despite its delicious taste, Turkish coffee is also a healthy choice. According to experts, coffee helps prevent Type 2 diabetes, Alzheimer's, Parkinson's disease and dementia as well as other neural diseases. It also helps improve cognitive function.

However, to see the health benefits of coffee, it should be consumed properly. While it is fine for a healthy person to consume up to four cups a day, caffeine intake should not exceed a daily dose of 400 milligrams. For the elderly, on the other hand, the amount should be half that as their caffeine tolerance is lower. As the coffee drunk with meals can absorb the vitamins and minerals in food, experts advise drinking coffee an hour after meals.