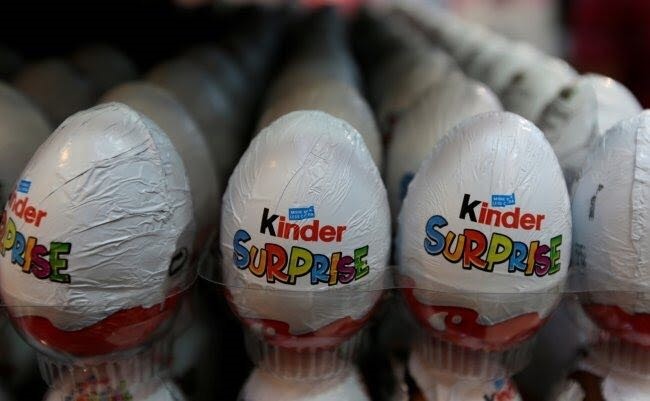 Turkey banned the use of promotional gifts included in junk food such as chips, chocolates and candy targeted at children and prohibited them from being advertised during television and radio shows for children, the Trade Ministry announced on Friday.

According to the new regulation that aims to stifle unhealthy eating habits, junk food producers won't be able to include any sort of promotional gifts inside the package of their products. The ministry has also forbidden firms from airing commercials on TV and radio about their products during shows and programs aimed at children.

Italian confectionery giant Ferrero's well-known chocolate Kinder Surprise, which includes a plastic capsule containing a toy inside an egg-shaped chocolate, will not be allowed to be sold in Turkey after the regulation officially take effect in June 2019.

The Trade Ministry said detailed information about which product constitutes as junk food and thus were banned from being promoted were published on a list on the Health Ministry's website.

Advertisements that involve junk food will be issued a fine ranging from 8,546 Turkish liras ($1,600) to 341,921 ($64,000) by the board of advertisement depending on the platform they were published. If the violation is repeated, the board will be authorized to increase the fine by up to 10 times.

In other television programs that do not specifically target children, advertisements of these products will be implemented with proper written or verbal warnings containing expressions that encourage regular and balanced nutrition.