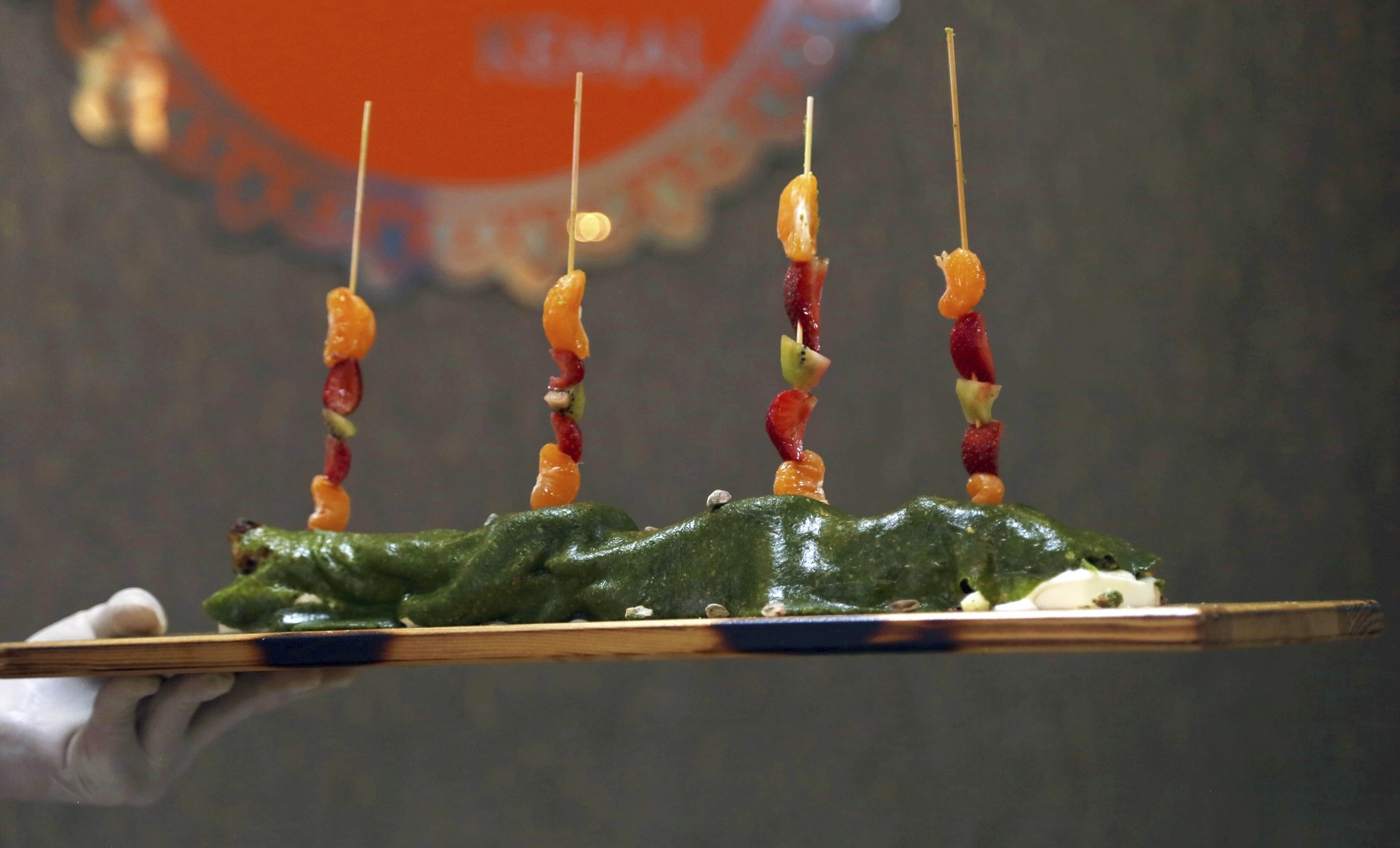 Konya is famous for its "etli ekmek" (pita bread with ground meat on top) and the city now has a new patented taste called the "Antep Bomb."

Developed by Mustafa Kemal Erhoylu, a renowned chef from Turkey's Gaziantep province, the Antep Bomb is an enriched version of Gaziantep's famous katmer dessert. It appeals both to the eyes and stomach.

Starting his career at the age of 13, 34-year-old Erhoylu is a main fixture in Turkey's fine dining scene.

In his own words, he says he patented the dessert by "inventing a new taste."

Enhanced with a special cream, pistachio, peanut butter and honey, the new taste was named by Erhoylu for its explosive taste. Gaining fame rather quickly in Konya with his new dessert, these days, Erhoylu is struggling to meet the demand from dessert lovers. 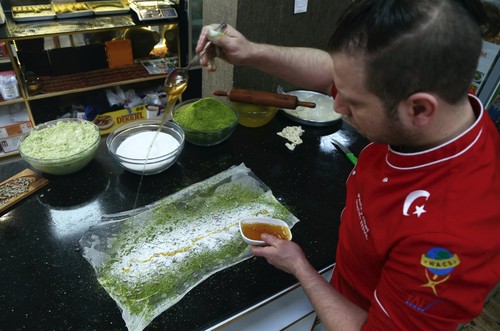 Developed by Mustafa Kemal Erhoylu, the Antep Bomb is enhanced with a special cream, pistachios, peanut butter and honey.

Speaking to Anadolu Agency (AA), chef Erhoylu said that the important figure behind his career was his father. Explaining that he went to school and at the same time worked as a confectioner as a kid, Erhoylu said, "I studied, worked and received training from master chefs who taught me the traditional methods."

Erhoylu said that he is in love with his profession and he is going to keep improving and updating his craft.

"I was granted the 'international pastry chef' title when I was 26. Within the last eight years, fortunately I have learned a lot and improved myself," he added.

Having been born and raised in Gaziantep, Erhoylu moved to Konya last year when he came to the city to mentor a friend. Welcomed by the people of Konya, Erhoylu expressed that he noticed how close the two cities are in their taste.

'I created my own recipes'

Erhoylu mentioned that he loves developing desserts peculiar to his homeland and trying new tastes.

"I created my own recipes over time. I always try and develop new recipes as a requirement of being a chef. I spent years on this work and became a chef after quite a lot of suffering and success. You cannot set up a place just trusting your budget. You cannot be the master of a job, if you don't apprentice that."

Pointing out that "katmer" has been gaining popularity day by day in Turkey he added, "Inspired by katmer, I developed a new recipe which I called 'Antep Bomb.' Its recipe was totally developed by me. We patented it about two and a half months ago. Antep is a city which can be identified by its desserts. Hence, we set out to create a bombastic taste and decided to develop the content of the dessert which is known as katmer. Adding honey, special pistachios and cream in the recipe, we enriched its surface with green peanut butter. What's more, we caught a lighter taste by adding an ice-cream layer at the bottom and the surface of the dessert. This is the story behind our irresistible recipe."

The master chef said he has received positive feedback from everyone who tasted the Antep Bomb and they came back again and again to eat the dessert.

"We prepare all its content with great meticulousness. It takes 20 minutes to prepare and cook the dessert. Preparation takes 15 minutes while cooking takes the remaining five. When it's ready, on the other hand, it takes 10 minutes to eat all the dessert up. I generally prepare three-person portions which cost TL 100 ($18). The cost for one portion is TL 55. What's more, we serve milk, fruits, pistachios and limitless tea in addition to the dessert. Consuming the dessert with milk softens its effect and makes digestion easier."

"We have gotten spectacular feedback. I came across customers who visited us three times a day just for the dessert. We offer beautiful and energetic recipes. Whoever tastes the Antep Bomb can walk around all of Turkey. It is really an energy booster that keeps you going all day long, no additional food is required after eating the Antep Bomb."