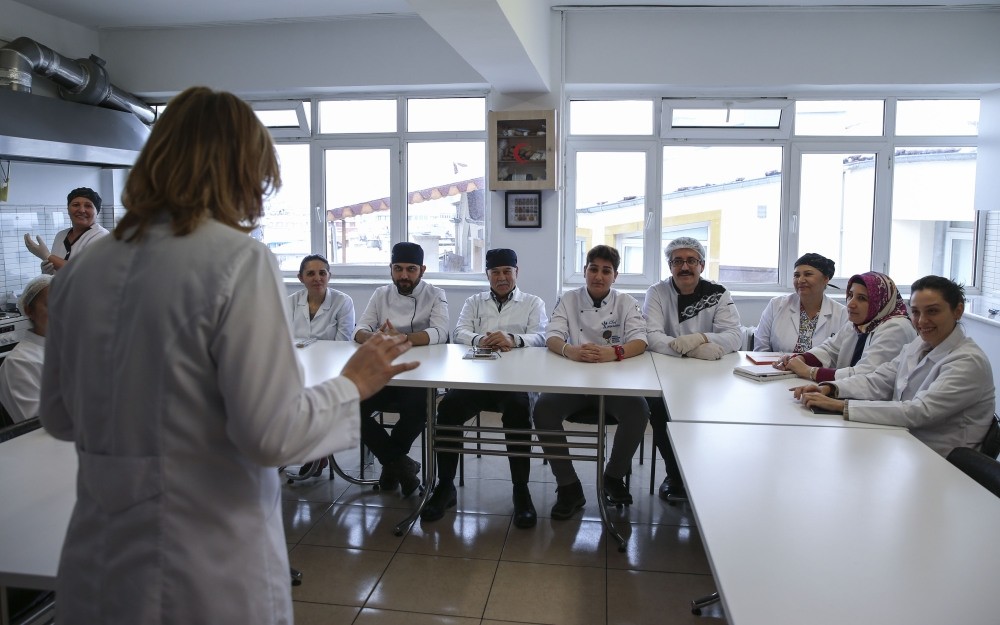 It is a common belief that food waste dissolves faster than other garbage, but that is actually a myth. Since food waste, like other rubbish, also harms the environment, one environmentally conscious group is fighting to reduce the amount thrown out with simple recipes

The Zero Waste Project initiated almost two years ago has become a lifestyle. The project has gained nationwide acceptance and has finally made its way into kitchens as well.

The public's awareness has been raised by books titled "Waste Preventing Recipes" and "The Methods of Preserving Vegetables and Fruits," prepared within the context of the Conscious Food and Beverage Services Sustainable Systems project jointly carried out by ÇAHEM from Turkey, Albert de Mun from France and Virginska schools from Sweden. 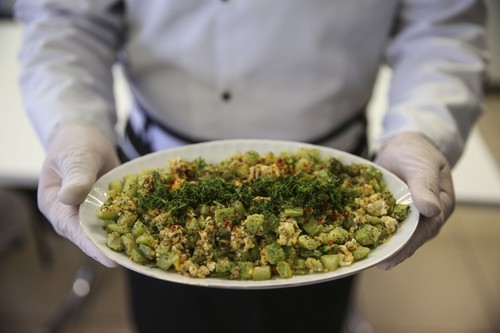 The cooks make meals with the unwanted food parts that everybody tosses in their kitchens.

Noting that they organize surveys to create waste awareness in the kitchen and make informative presentations, Yağız said, "Our project consists of four stages: 'Awareness of Waste,' 'From Field to Plate,' 'Climatic Characteristics in Food Production' and 'Health Awareness in Sustainable Food Consumption Without Harming the Earth.'"

Calling on housewives who want to reduce their household budgets, Yağız said they can completely cut out waste in the kitchen by making healthy meals with leftover material.

Emphasizing the possibility of using leftovers and scraps, Yağız continued: "One of the biggest problems in our country is bread. There are many uses for bread in several different recipes. For example, stale bread dessert, stale bread meatballs and fish-bread can be cooked. Everything in the kitchen can definitely be turned into a product. You can cook foods from leftovers. After peeling a zucchini, for instance, its peel is usually thrown away. Instead of tossing it, we can boil it and cook zucchini skin roast from it. That is, I want to say that every product that enters or becomes leftovers in the kitchen can be cooked."

Namık Kemal Yıldız, director of the Çankaya Public Education Center, said they were inspired by the Zero Waste Project, launched with the support of first lady Emine Erdoğan.

In this context, the goal of zero waste in the kitchen was set two years ago. Stressing that they educate course attendees trained in various courses in ÇAHEM, Yıldız reported: "We have had nearly 43,000 course attendees since the beginning of the academic year. We have provided educational programs on how leftovers can be cooked to approximately 60 percent of these attendees as part of the project. This ratio equals around 25,000 students. We will provide similar training to all our attendees until the end of the year."

Championed by Erdoğan, the zero-waste campaign was launched under the auspices of the Turkish presidency and aims to boost recycling, raise public awareness on proper sorting of the waste and to promote the use of waste as compost in agriculture. The project, which gained momentum in a very short time, has already won awards.

With the popularity of the Zero Waste Project, recycling facilities are opening on every corner of the country, and the government has taken extra measures to stop pollution. For instance, plastic bags in markets are now sold for a fee to prevent over usage of plastic in daily life. Also, starting in Istanbul, big cities in Turkey have started depositing plastic bottles and turning the deposits into public transportation credit.