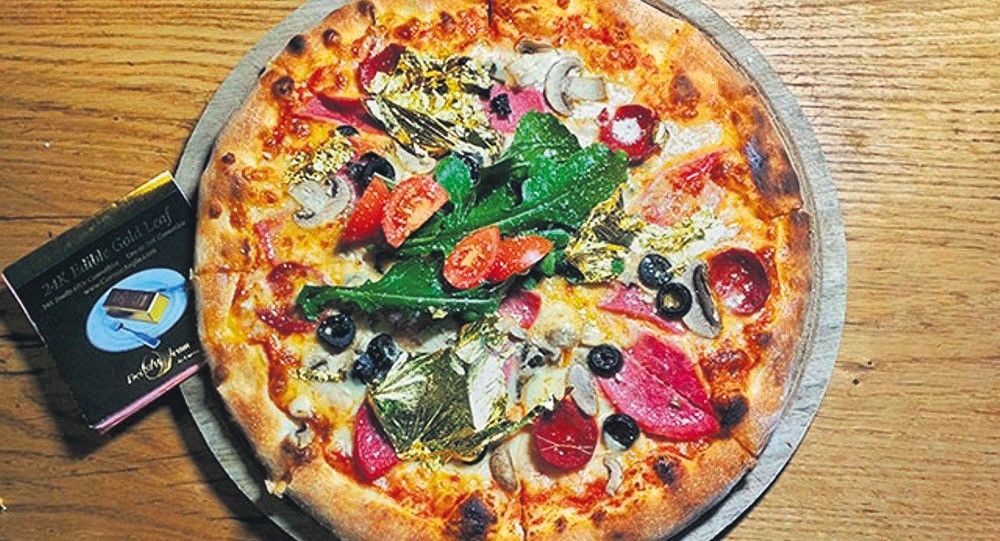 It is rumored that Egypt's pharaohs and Roman emperors had gold for breakfast. To make regular people feel like the great rulers of history, restaurants around the world have been serving food cooked with edible gold.

We have all heard of hamburgers, steaks and ice cream prepared with 24-carat gold, selling for at least five-digit figures. Joining the luxury food movement, Turkish chef İrfan Yalçın who has mastered Italian cuisine, has started to bake golden pizza.

However, Yalçın only charges TL100 for his 24-carat gold pizza, which is quite cheap compared to other luxury foods sold around the world.

Yalçın has been working as an Italian cuisine chef for more than 20 years in Bursa. For the last three years, he has been managing his own pizzeria chain in the city and thought it was time to offer something new for his customers.

After seeing food covered with gold on TV, Yalçın did his research and started to import edible gold from the U.S. "Golden pizza might seem like a utopia but it is actually quite easy to bake. Some people are asking whether it is safe to eat gold or not. As long as you do not eat much, it is in fact good for your health," Yalçın said to the press.

Yalçın's golden pizza is mostly preferred by those who want to celebrate special days such as anniversaries and birthdays.

Gold has been used in food decoration for years, however the trend has become a worldwide sensation after people started sharing their glittering and shiny foods on social media. Gold is considered "biologically inert," meaning it passes through the digestive tract without being absorbed. However, for a gold leaf to be consumed safely, it has to be pure, which means it has to be at least 22 carats. As long as the gold leaf is between 22 to 24 carats, it is perfectly safe to consume.