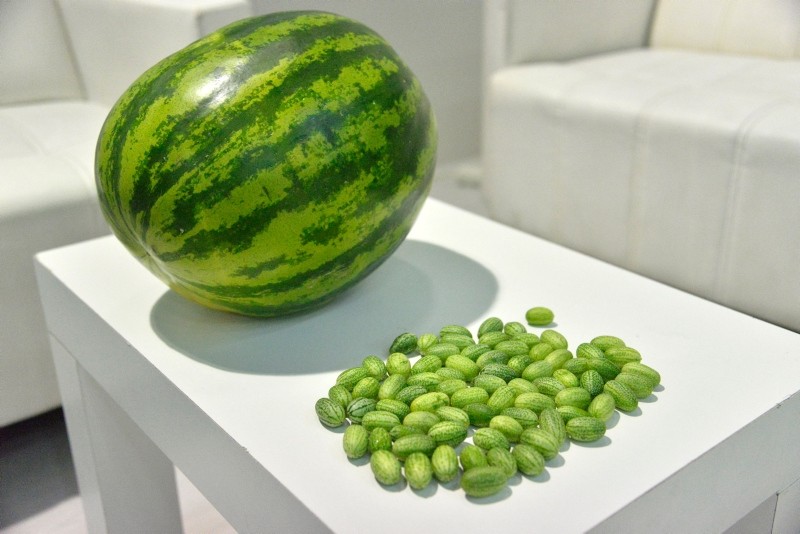 Olive-sized watermelons produced by a Turkish agricultural firm were put on display at a food fair on Wednesday.

The tiny watermelons were featured at the 26th FoodProduct International Food and Beverage Expo held in the Turkish Mediterranean province of Antalya.

Head of the company Mustafa Erüst told Anadolu Agency that they produced the olive-sized watermelon as snacks.

"When you eat it, its rind tastes like watermelon but the inside tastes like a cucumber," Erüst said. 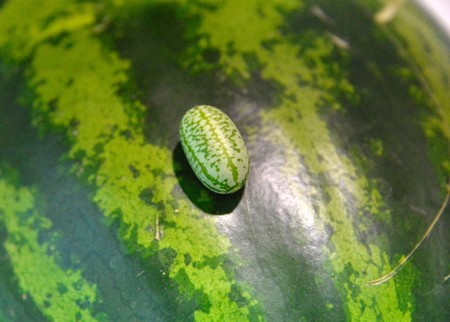 Erüst said the project was to have children get used to eating fruits, adding that they also produce mini-sized cucumbers, eggplant, zucchini, cauliflower and carrots.

The mini watermelons are sold in small packages in Turkish grocery stores and each package is sold for at least 8 Turkish liras ($1.4), he added.

The FoodProduct fair in Antalya Expo Center will run through Jan. 19.