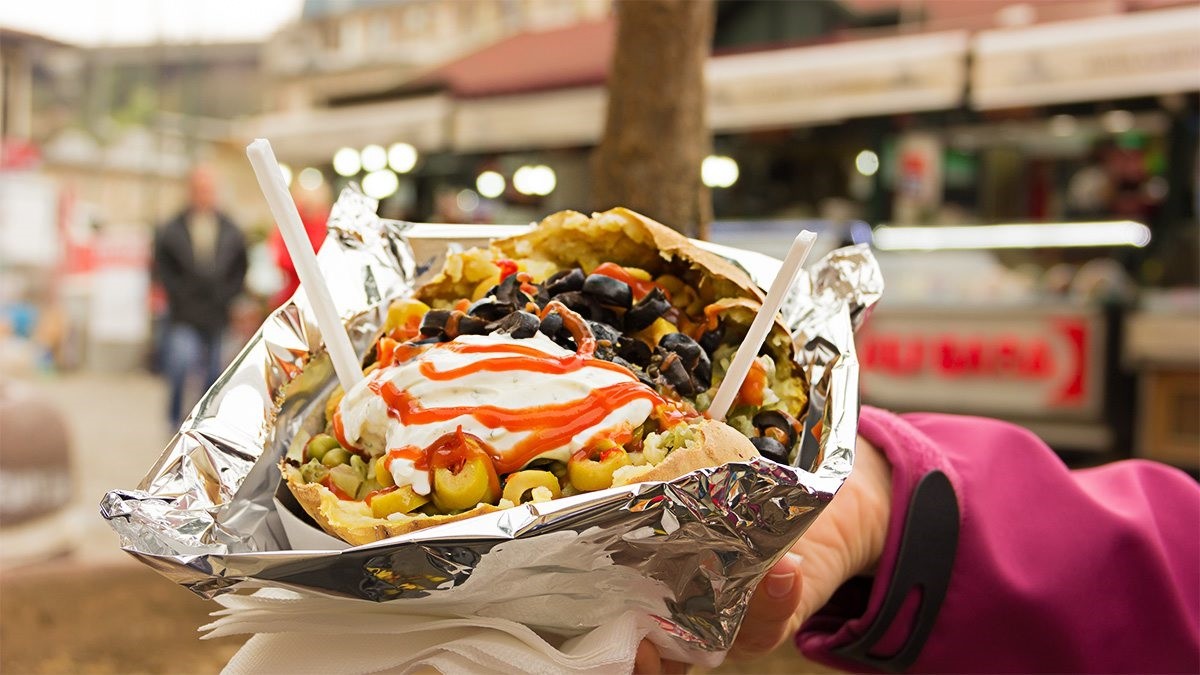 Kumpir, which is stuffed baked potatoes, is one of the bestselling street food in Turkey.
by SİMAY KESKİNTEPE Jan 28, 2019 12:25 am

Warning: This article may make you extremely hungry but keep on reading if you want to take a peek behind the scenes of the rich street food culture around the world

Why do people love street food? Imagine this is a familiar affair: You are about to end a pleasant walk under a clear blue sky when the smell of a delicious bite hits you at the corner of the street. Your untamed appetite surrounds you, and if you are enthused about a new taste today, stop and enjoy an unexpected delight.

Local food culture is a pleasure within easy reach on streets all around the world. Why is street food great? It is handy, quick and quite cheap! It is very tasty, filling and easy to reach. Street food culture has a colorful history, dating back to ancient Greece and China and beyond.

Local cuisine is passed down from one generation to another, expressing cultural identity. Immigration has an important role as well, carrying well-preserved tastes and cooking techniques. People carry their cultural heritage with the food of their homelands wherever they go.

For example, the ancient Greeks adapted the Egyptian tradition of frying fish to sell on the streets of the port of Alexandria. This tradition spread through the Roman world and in time was enriched with numerous variations.

The pioneer of today's typical "thermopolia," food stalls, can be found in excavations in Herculaneum and Pompeii where small kitchens cooked beans and farro for those looking for a quick bite. Middle-class city dwellers bought food from the nearest thermopoliums, as they lived in small apartments -- mostly without kitchens.

Thus, street food evolved over the centuries, supplying the demands of civilizations. Surprisingly, ancient street food culture left very few traces, but when we look to the Middle Ages, grimy streets were bulging at the seams, yet street food maintained its allure over people. Carts sold ready-cooked dishes, while stalls and huts provided stews and hot bites, as humanity created the immortal recipes at the base of an entire culinary culture, especially in the European gastronomic tradition.

In Paris, there were pastries made of various fillings, such as stewed meat with vegetables. These handy pastries sold for a few pennies to working people so that they could eat while working without needing any cutlery.

Fish and chips, the most desirable British dish on every street, is a legacy of Sephardic Jews who took refuge in Britain in the late 15th and early 16th centuries. It is almost the same as the Egyptian adaption in Alexandria, and it spread across North Africa and Moorish Spain of al Andalus. 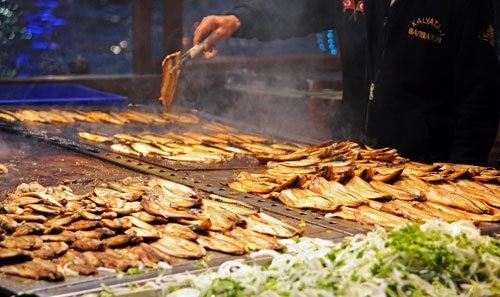 Being the capital of three empires and the melting pot of cultures for centuries, Istanbul has been a gourmet city every step of the way, with buffets, elegant cafes and street food, such as appetizers, fresh fish and kebabs. The city's culinary arts were enriched by the imperial kitchen, local dishes and street food, resulting from a mixture of various ethnicities. Even if street food is considered of little worth, it is emblematic of popular cuisine, identifying traditions, local cultures and eating habits.

Similar to many cities in the world, Istanbul has a rich street food culture. In Istanbul, eating on the street is a part of daily life. Freshly baked simit or a bozacı on the street with his echoing sound, wafer Halva, stuffed mussels, chestnuts, hot chickpea rice in food carts are evidences of this richness. These all make it a perfect combination for a wide range of consumers, from lower to higher classes, anyone can grab a bite, anytime and anywhere. These dishes have been around for centuries.

Cheap, quick food for everyone

From people working in high towers to craftsmen and shopkeepers in urban areas, street food stalls provide access to food, given time and budget. For the young, it is a ritual on late nights out, as the only food at that hour is from trucks and carts.

According to the United Nation's Food and Agriculture Organization (FAO), 2.5 billion people eat street food worldwide every day in developing and developed countries; it has become a daily life routine in the urban landscapes of Africa, Asia, Latin America and the Middle East. In North America, the land of hot-dogs and hamburgers, street food trucks are now becoming more and more varied. In Europe, there are relatively few options, when compared to Asian culture.

Today's street food culture is a market, focusing on the traditional cultural aspect - sometimes renaming or adopting- distinguishing itself in the quality of increasingly refined products.

Nevertheless, governments and public health authorities remain skeptical of street food because unregulated street food might lead to a backlash in tourism. They are especially concerned about the risk of food poisoning outbreaks, which are often linked to the microbiological quality of the water used to prepare food and drinks on the street. While concerns about food contamination linked to street food might be legitimate in some cases, the number of documented food poisoning cases stemming from street food has been limited. In fact, the incidence of such is surprisingly low, with a study from 2012 showing the rates when compared to restaurants.