Turkish coffee becomes center of interest for people of Tehran 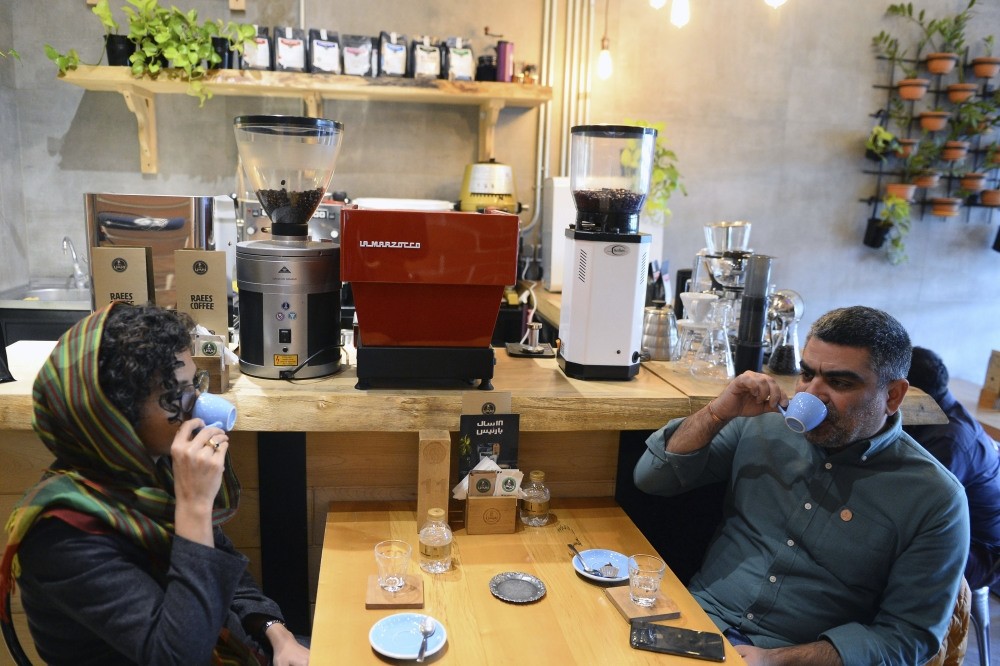 In Iranian coffee houses, Turkish coffee has become quite popular recently.
by Anadolu Agency Feb 05, 2019 12:07 am

Turkish coffee comes to the forefront as one of the historical flavors attracting attention in Iran's capital, Tehran, with its preparation, flavor and cultural connections to Turkish cuisine

In Tehran, Turkish coffee has become one of the original tastes in demand along with Turkish food and kebabs in recent years. Turkish coffee, which was registered on UNESCO's Representative List of Intangible Cultural Heritage of Humanity in 2013 under the name Turkish Coffee Culture and Tradition, is among the drinks that Iranians have been enjoying in recently thanks to its preparation, taste and the atmosphere that it creates.

Turkish coffee does not require deep technical knowledge to be made, and the practical way of making it is among the reasons why it is consumed so much.

In recent years, Turkish coffee-making competitions at the national and regional level have been organized. With this, master Turkish coffee makers are being raised in Iran. The masters make Turkish coffee in the traditional way and this increases the demand and interest. Turkish desserts in the country have also been attracting attention.

'If we want to sell good coffee, we should make it like it is in Turkey'

Hudadad Aslani, the operator of a cafe chain famous for their Turkish coffee in Tehran, told Anadolu Agency (AA) that they have seven enterprises in the capital Tehran, and the elite people in the city show great interest in them.

Noting that they have a lot of experience in Turkish coffee making, Aslani said what is important for them is to make and offer this coffee in line with the method used in Istanbul. 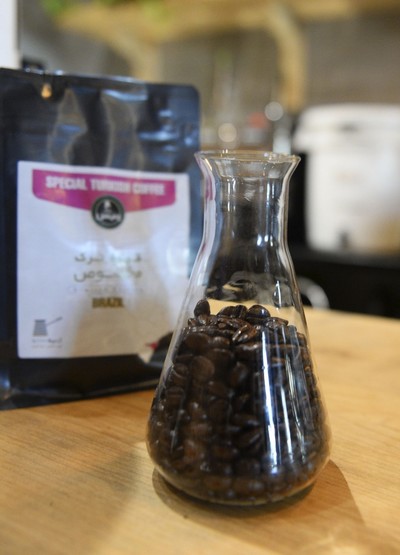 Iranian masters make Turkish coffee in the traditional way, and this increases the demand and interest.

"We use the same materials as in Turkey in order to have the same taste as their coffee. We have many Turkish customers, as well. They say that the coffee that we make is not as good as the coffee in Istanbul. However, it is the best Turkish coffee that they can find in Tehran," he continued.

'Turkish coffee has affected the history and civilization of the region'

Iranian gastronome and flavorist Bahadır Emini stressed that Turkish coffee, with its presentation culture and the subcultures created around it, has affected human civilization in the region along with uniting social culture around it.

Mentioning that Turkish coffee has became the focus of interest of the new generation across Iran, especially in Tehran, Emini added that the registration of this drink on UNESCO's Representative List of Intangible Cultural Heritage of Humanity is enough to understand its importance.

"Turkish coffee has had a great effect in the Middle East and the world as a factor that warms the environment up with conversations and political discussions in social environments."

He mentioned that coffee was brought from Hijaz to Ottoman lands and Iran by pilgrims at the same time period and that the art of making coffee in the two geographies was developed from the coffee of Arabs. He reported: "Coffee houses have common roles as gathering places in both countries. Political, cultural and artistic issues are spoken about with enthusiasm in these coffee houses. The coffeehouses were the main places for the Ottoman Empire and Iran as the third haunt in the 16th and 17th centuries after the bathhouses."

Emini reminded that coffee making started late in Iran for many reasons and reported that in Ottoman lands, coffee culture contrarily developed and grew with the attention and skills of coffee makers.

Highlighting that Iranians made coffee differently from the method of Turkish coffee until the 1800s but the coffee consumption decreased after this date, Emini stated, "The coffee culture in Iran revived again with the introduction of Turkish coffee to the country."

Emini talked about the increase of cafes similar to those in Istanbul in Tehran and that the first modern cafe in Tehran was opened by someone who lived in Istanbul for a while. He mentioned that the Ottoman coffee houses had a deep effect on the design, decoration and architecture of these cafes. He stressed that Turks opened some other cafes in Tehran later. "Turkish-Iranian sweets are offered along with Turkish coffee in these places. One of these cafes opened by a businessman from Turkey's Trabzon province on the famous Lalezar Street in Tehran has turned into a favorite place for intellectuals and artists in the city."