Empires of taste, three great cuisines of the world 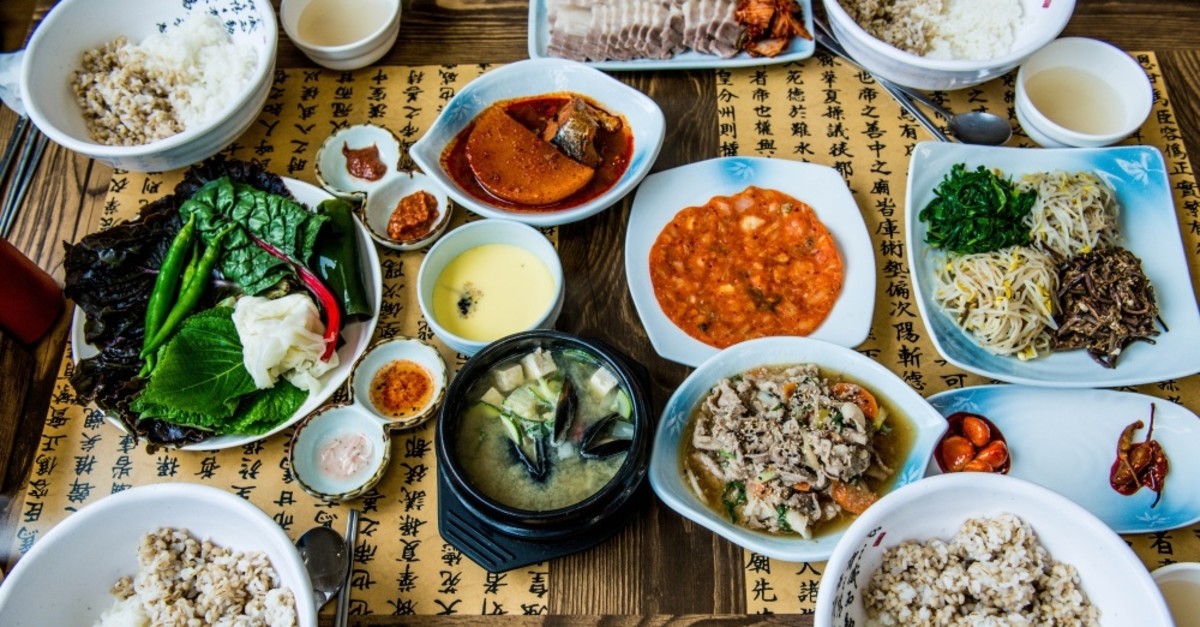 Chinese cuisine is the result of thousands of years of history and tradition.
by Heechul Lee Apr 18, 2019 12:13 am

The cuisine and gastronomical traditions of a nation is one of their biggest cultural assets and three top world cuisines - Turkish, Chinese and French have a few things in common

I published a book titled "Turkey: Sacred and mythological land where Islam breathes" in 2002. It was written in Korean and became one of the bestselling books in South Korea. I am proud of my book because it became the pioneer for publishing books that covered a large amount of information about Turkish culture and society in my country. I touched briefly on delicious Turkish foods in my book and named Turkish cuisine one of the three great cuisines of the world including China and France in a customary manner. The subject was very appealing to me as I felt responsible for answering the question on who created such a perception of "three great cuisines of the world."

As far as the three great cuisines of the world are concerned, Chinese, French, and Turkish foods are the most well-known cuisines to the people of the world. Unfortunately, it is true that this global public perception has no tangible proof or academic foundation. Despite this, it looks more like a fait accompli. I accordingly have been curious on how and when these three countries were mentioned as the world's major cuisines.

It might seem that this global perception was formed before the 1990s when the digital revolution began to spread rapidly around the world. It is possible to assume that the culinary arts, hospitality, and aesthetic sense were placed on cooking by the grand chefs in the U.S. during the 1960s and 1970s.

Nowadays, the internet connects people from various nations instantaneously. Simultaneously, world tourism continues to expand as a consequence of enhanced living standard and air transportation. People now have broader opportunities to visit any country they wish and taste new foods in a new city and a new culture.

For this reason, people are familiar with Asian, South American, and all other region's foods with no static boundaries. Nevertheless, each country has its own traditional food and cuisine that is incomparable to one another. Personally, food is a matter of a taste and an individual preference.

Having said that, I will address the subject on the three great cuisines in the world, which are Chinese, French, and Turkish. This is regarded as de facto common belief, though it is unsatisfactory to some minds.

Coincidentally, these three cuisines have a number of things in common in terms of unique culinary identity, creativity and design, and food diversity. These countries developed their own culinary identity reflecting their lifestyle and culture over a long history. They valued themselves for a national culture of cuisine and culinary identity creation as culinary capital that is globally unique.

Similarly, the countries boast of their variety of food and their cuisine, which is unique from region to region. Even though food diversity is shrinking these days, their regional food diversity is a token of their culinary strength and heritage.

Their regional cuisines rely on nutrient-rich and natural ingredients. They have, thus, evolved the methods of cooking food and cooking techniques too. Most importantly, they were common in terms of the age-old tradition of royal court cuisine. This tradition enabled their cuisine to be high-quality food in which most delicacies were even made by a skilled chef with extraordinary appearance, design and taste.And finally, China is located on the continent of Asia, and France on the continent of Europe. Turkey, by virtue of its geography and history, bridges Asia and Europe. In other words, Turkey connects Asia with Europe. In my view from the context of global public self-perception, Chinese cuisine is one of the representatives of Asian cuisine, and French cuisine is that of the European cuisine. And then Turkish cuisine is to represent the mixed specific cuisines of Asia and Europe, recalling the characteristics of its geographic location. In the end, I believe these three countries deserve their reputation that their cuisine is the best in the world.