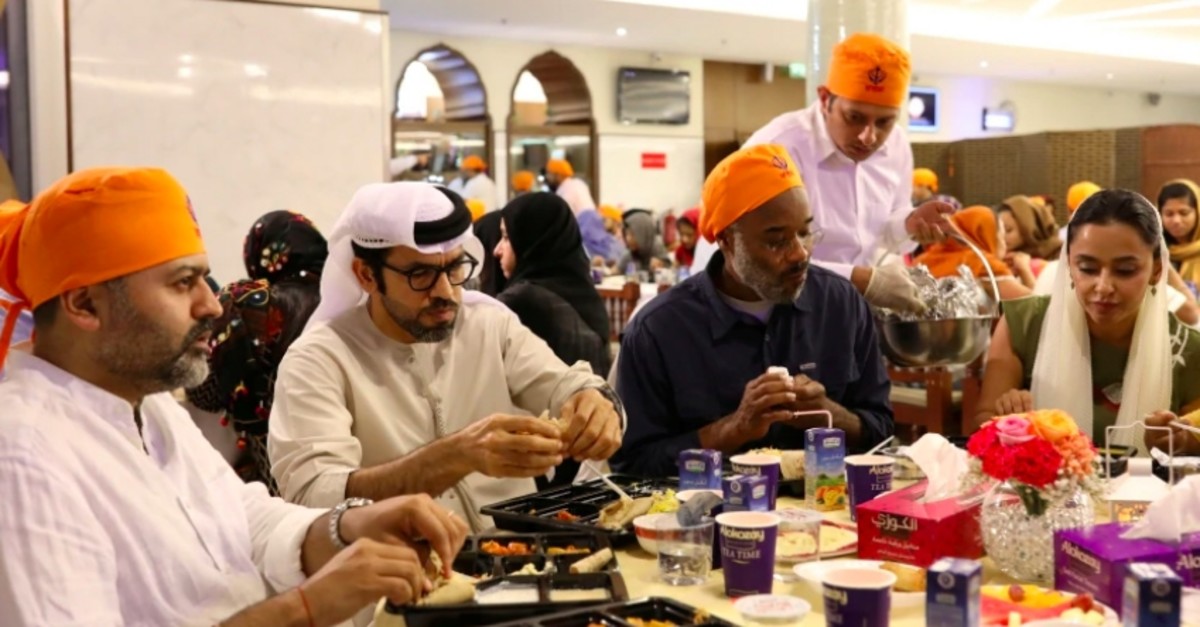 Vistors gather to break their fast at the GuruNanak Darbar Sikh temple, during the Muslim holy month of Ramadan in Dubai, United Arab Emirates (Reuters Photo)
by reuters May 27, 2019 3:51 pm

A Sikh temple in Dubai has opened its doors to Muslims during Islam's fasting month of Ramadan, offering them room to pray and a free meal to break their daily fast.

The Guru Nanak Darbar gurdwara - a place of worship in the Sikh religion - is building on Sikhism's core principles of giving and eating together, which sees temples all over the world cook free meals, known as langar, for whoever wants them every day of the year.

"This is the best way to show to the world that we are all one. Whether you are Hindu, Muslim or Christian it doesn't matter, you are first a human being," said Bubbles Kandhari, vice chairperson of the gurdwara.

In previous years the gurdwara had offered the Muslim iftar meal on just one day during Ramadan, but as 2019 has been designated the Year of Tolerance by the United Arab Emirates government, the temple is offering the meal for Muslims breaking their fast every evening.

Muslim cousins Shuaib and Akil, both Indian nationals living in the UAE, brought their families to the gurdwara for iftar after seeing a video on social media.

"Normally we go to our mosque every day, but it is only for our community," said Akil. "I was very interested to see where all the people come together and to show my kids."

While Sikhs and other attendees ate their langar meals on the floor on one side of the room after a worship session, Muslims broke their fast at tables on the other side after their own prayer session inside the temple.