Kastrofest offers cuisine of Turkey's Kastamonu with 'Respect to Tradition, Heritage to Future' 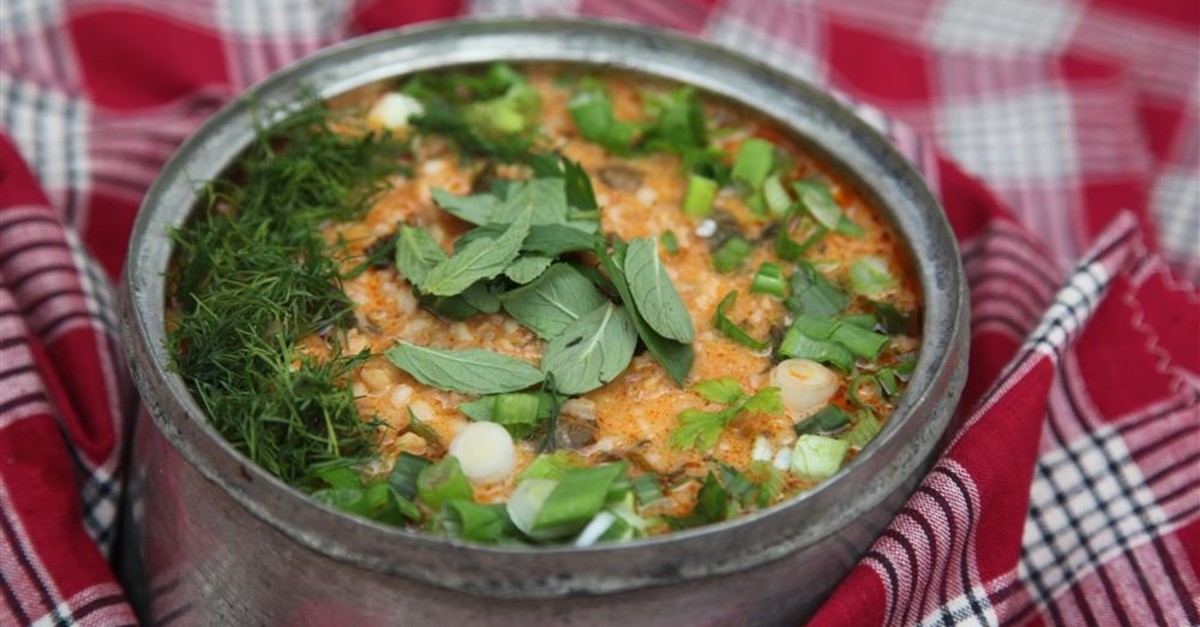 Traditional Kastamonu foods like eksu0327ili pilav (sour pilaf) will be presented to participants at the festival.
by Daily Sabah Jul 29, 2019 12:11 am

The Kastamonu Gastronomy Festival, which is planned to be organized for the first time on Sept. 27 and Sept. 28, will introduce the cuisine of the city under the theme of 'Respect to Tradition, Heritage to Future'

Kastamonu province, which is a gastronomic destination that remains undiscovered despite the richness of its cuisine, will host a gastronomy festival to introduce its local taste to Turkey and the world.

The Kastamonu Gastronomy Festival, shortened as Kastrofest, will be organized with the theme of "Respect to Tradition, Heritage to Future" on Sept. 27-28 for the first time. With the festival, the city will take a major step in gastronomy tourism.

Hosted by World Heritage Kastamonu Initiative (DMKİ), which was established to contribute to the sustainable development of the city by keeping and introducing the natural, cultural and historical heritage of Kastamonu, the festival will be the first event that will introduce the cuisine of Kastamonu, which has remained a hidden part of local heritage to date, to the wider world with the right messages. The festival will be held under the auspices of the Kastamonu governorship and Kastamonu Municipality as a significant introductory platform for the city.

Gastro shows by star figures of the gastronomy world, including Hazer Amani, Danilo Zanna and Sahrap Soysal, entertaining food competitions like "The Fastest and the Most Delicious Etli Ekmek (meat on a thin crust)," workshops introducing the traditional Kastamonu cuisine like "Halva Preparation" and "Traditional Kastamonu Kitchen Tool Kits" exhibition along with children events will liven up the festival.

The guest country of the festival will be Italy.

At the event, panels and conversations under the title of "Future of Food," led by the Association of Cuisine Friends, will take place with the participation of experts from the gastronomy and tourism sectors.

Gülsen Kırbaş, who is the spokesman of the DMKİ, which features prominent figures of Kastamonu among the members, said that preparations for the festival still continue.

Kırbaş continued, "Kastrofest is a very important and pioneering project for Kastamonu to become a brand in gastronomic tourism and will create added value for the city in this field. We are really excited that we will host honored figures from the gastronomy world throughout the festival. I hope that Kastrofest, which is expected to introduce the traditional taste of Kastamonu to the whole country and the world, will be a great step for the promotion of the city in gastronomy tourism."

Kastrofest will introduce Kastamonu's historical, cultural, natural and gastronomic richness with the most accurate messages on national and international platforms.

The festival is expected to contribute to the branding of the city as a "rising tourism destination" by highlighting the local gastronomic value of Kastamonu, enriched by different cultures throughout history.