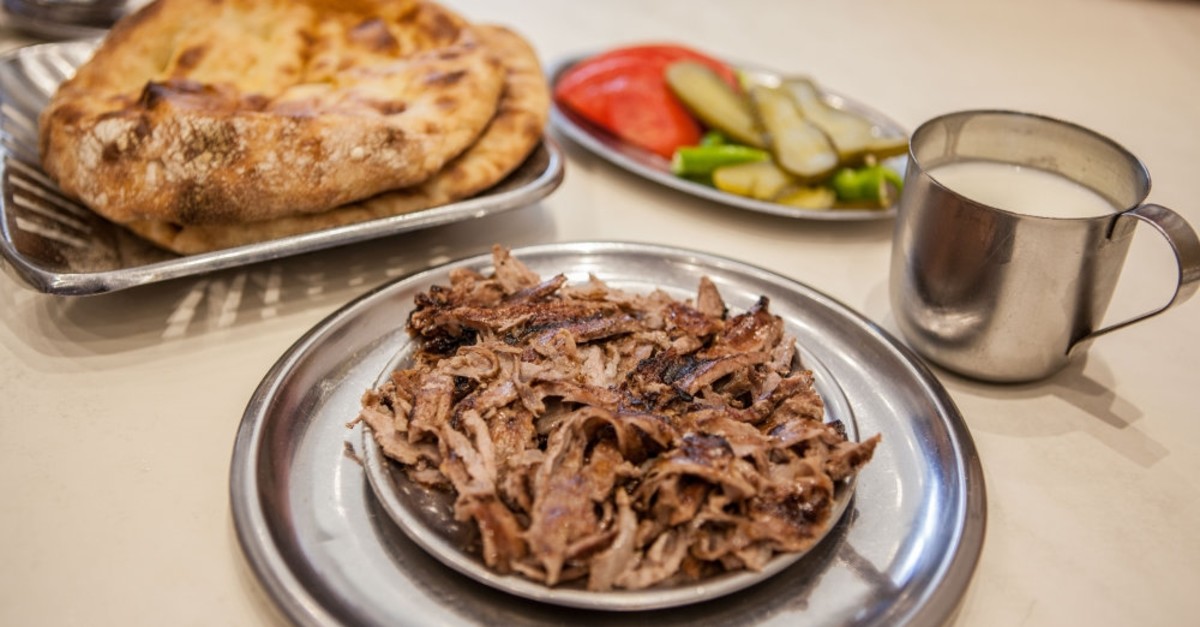 Döner, also known as döner kebab, is one of the most internationally recognized Turkish foods in the world. Döner is a type of kebab, made of meat cooked on a vertical rotisserie. Seasoned meat stacked in the shape of an inverted cone is turned slowly on the rotisserie, next to a vertical cooking unit. The outer layer is sliced into thin shavings as it cooks.

"Today, the cağ kebab made in the eastern province of Erzurum is the ancestor of the original döner recipe," he said. "When doner began to be cooked vertically, it became the döner we know today. Although some nations such as Israel claim döner belong to their national cuisine, it is surely one of the culinary traditions that are brought to Anatolia by the Turks of Central Asia."

Bostan also highlighted that Anatolian cuisine does not belong to one nation but it is the outcome of hundreds of civilizations that called Anatolia home throughout the history of mankind.

"Although these civilizations were lost in the pages of history books, their cultural legacies were inherited by the other civilizations that came after them. The Turks are the civilization that arrived Anatolia last and they brought their cuisine and culture to these lands as well. They also adopted the culinary arts of Anatolia and continue culinary traditions with a few adjustments of their own," added Bostan.