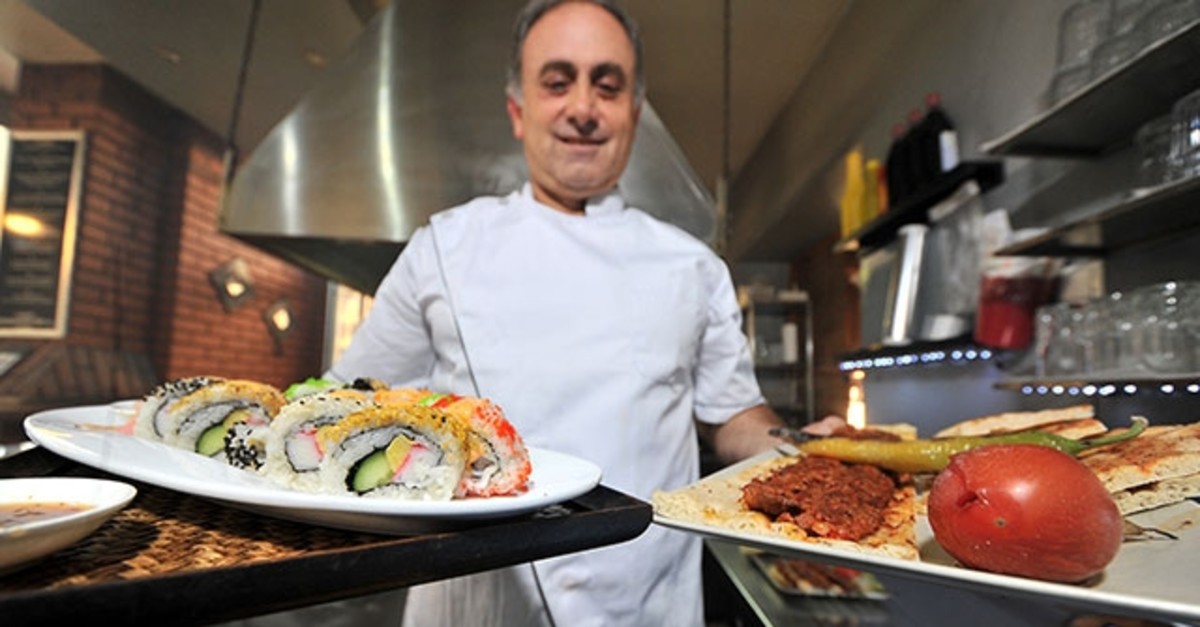 Living in the northwestern city of Bursa, Turgay Kahraman, 51, decided to take a vacation in the Far East. During his trip he discovered that he is very fond of sushi. When he got back from his trip, he decided to open up a restaurant that serves sushi - along with a vast variety of kebabs.

This very unusual restaurant has two separate sections. On one part, Kahraman prepares sushi with the freshest fish while he cooks the most delicious kebabs on the other side. Although the restaurant seems like it is divided in two, for those who want to mix and match the delights of two different cultures, Kahraman prepares a menu featuring both sushi and kebab. "While someone is eating sushi, there is another one right next to him eating kebab. Some people prefer kebab with wasabi while some sushi lovers drink şalgam with their food," said Kahraman.

"I am from Adana so I am good at cooking kebab but I like sushi as well," Kahraman continued: "Our customers can find two different taste under one roof. We have customers from the Far East as well. They both taste our sushi and kebab. Our restaurant is the intersection of Turkish and Far Eastern cultures."