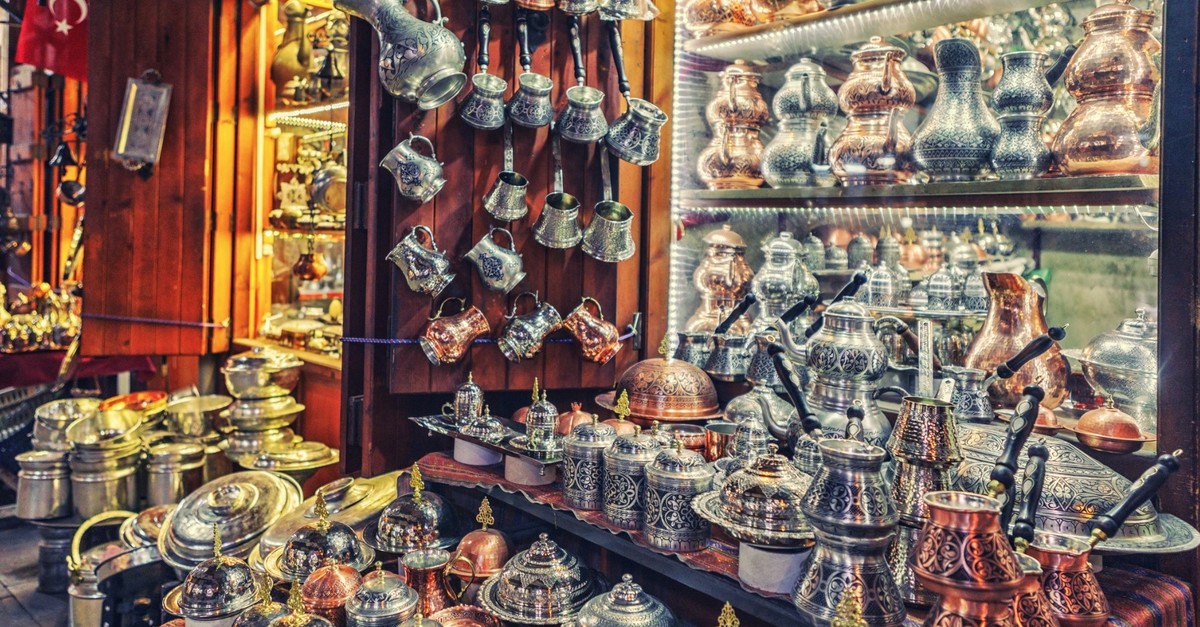 Gaziantepu2019s world-renowned coppersmiths are still working at the Coppersmithsu2019 Bazaar.
by Miraç Tapan Sep 21, 2019 12:51 am

Gaziantep is a culinary heaven in southeastern Turkey, but aside from delicious food, you will find deeply rooted history and traditional crafts unique to this region

Since we live in Turkey, we sometimes fail to understand how beautiful and rich our country is. Every corner of Anatolia is adorned with divine natural beauty, rooted history and an unmatched culinary tradition. Unfortunately, I have not had many chances to discover the hidden corners of my beloved country. So, when I was invited to GastroAntep, an international culinary festival in southeastern Turkey, I seized the opportunity and set my route for Gaziantep, one of Turkey's oldest inhabited regions and the city whose culinary arts are recognized by UNESCO. Gaziantep is a hub that draws foodies, history lovers and those looking for a rich melting pot of diverse cultures.

Originally just known as Antep, the city's name has an interesting history as well. "Gazi" (meaning veteran) is a prefix that was added to its name due to its contribution to the Turkish War of Independence after World War I. Despite the fact that food is the first thing that comes to mind for Gaziantep, the city actually has a rich history, making it a perfect destination for a wanderer and history enthusiast.

Like any ancient cities, Gaziantep is composed of two halves: the section marking the remnants of the old city and the other half that developed later featuring modern buildings. The old city was founded on the foot of the hill home to a huge castle, the Citadel of Gaziantep. Dating back thousands of years the citadel was built during the reign of the Roman Empire in the region for observation as once Gaziantep was one of the border garrisons for the Romans. Over the centuries the citadel has been restored numerous times, but its current architectural touches were made during the reign of the Byzantine Empire in the sixth century. 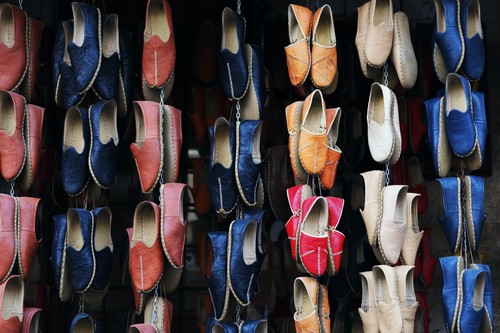 Yemeni is a traditional footwear, handmade of genuine leather.

When you are in the old city the first place to see is the Coppersmiths' Bazaar. Copper is one of the most widely used metals in Anatolia and since the dawn of civilization in the region, coppersmiths have been working with this thin metal to create beautiful and practical objects. For years, Gaziantep's coppersmiths have been working with the metal at the bazaar, so all you have to do is to follow the sound of hammers smashing the copper.

Antep copper products are manufactured as one piece, meaning no soldering or similar jointing methods are used in crafting with the metal. Today, copper mining tools are widely used in homes, kitchens and as ornaments. When you go inside the bazaar, you can still see coppersmiths shaping their beloved material. You can find chess pieces, as well as pots and pans for your kitchen. The bazaar resembles a narrow street with a covered roof. Since the roof is made of colored glass, sunlight filters into to the bazaar, giving it a mystical atmosphere.

At the Coppersmiths' Bazaar, you can also find kutnu fabric, which is a woven textile with a shiny surface and colorful vertical stripes, made with silk warps and cotton wefts. The fabric, believed to have originated in Syria and introduced to Turkey in the 16th century, has been exclusively woven in Gaziantep ever since. As well as being healthy to wear, with its hallmark striking colors and designs, kutnu cloth has been admired and in demand over a wide area in the past. Kutnu is an important part of the traditional local attire in Gaziantep and is a true handcrafted product, requiring different work at each stage of production.

When you finish walking through the bazaar, you end up at another covered bazaar where you can find the delicious and unique ingredients of Gaziantep cuisine, dried eggplants and peppers, tomato and pepper sauces, spices and many other delicacies needed to make the best meal in town.

The streets of Gaziantep's old neighborhood are filled with craftsmen showcasing their skills through local products. One of the most interesting things was the yemeni, which is a traditional shoe made with genuine leather. This type of shoe is very healthy, naturally reducing odor and expelling sweat. It is believed that these shoes pass the electricity in the human body to the ground and relax the body. 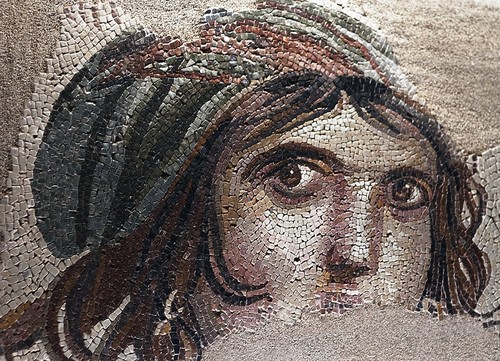 Gaziantep might be heaven for foodies and those who want to shop for local crafts, but its rich history is the thing that lures people to the region. Gaziantep province is geographically located on a crossing point of cultural, military and commercial roads between Syria, Anatolia, and the East and West. Apart from sites dating back to the Paleolithic period, the region has the traces of Hurri, Hittite, Persian, Greek, Roman, Byzantine and Islamic civilizations, as well. More than 30 archaeological excavations have been made in the region, and Gaziantep Museum owes most of its opuses to these excavations.

You might know about the mosaic of a girl with an intense stare that looks deep into the soul. This mosaic, which has become the symbol of Gaziantep, is the famous mosaic "Gypsy Girl," which was excavated in the ancient city of Zeugma.

Founded by Alexander the Great's generals in 300 B.C., the ancient city of Zeugma is accepted as one of the four biggest cities of the Commagene Kingdom. Gaining huge wealth and glory under the rule of the Romans, the city became one of the region's attractions due to its commercial potential originating from its geostrategic location along the Silk Road connecting Antioch to China. Throughout history, the city, which was given life by the Euphrates, was destroyed many times by earthquakes and fires and sacked by other civilizations, but all these catastrophes still left some of the world's best mosaic works located in the region complete.

I did not have time to visit the excavation site of Zeugma, but I could not leave the city without seeing "Gaziantep's Mona Lisa," the Gypsy Girl.

The mosaics are truly breathtaking, but I was very anxious to see the show-stopping display of the Gypsy Girl. The famous mosaic is being displayed separately from rest. You walk into a dark corridor and after less than a minute, you find yourself in a dark room where only the Gypsy Girl is illuminated. In the craft sense, the Gypsy Girl might not be the most beautiful mosaic, but the gaze of the girl captivates you, makes you think how on earth the artist could have captured a girl so vividly with small colored stones.

Menengiç, not your usual coffee

Unfortunately, I had only one day to sightsee but as I wondered in the streets of Gaziantep for a couple hours, it managed to capture my heart. As I was walking to my hotel, I found an old inn currently serving as a coffee house. There I ordered a cup of menengiç coffee, a local coffee made with pistachios. Unlike traditional Turkish coffee, it is cooked with milk and the taste of pistachio lends a unique aroma to the coffee. Menengiç coffee is not a powdered coffee but has more the consistency of jelly. You use one spoon of menengiç per cup and cook it with milk. If you have a sweet tooth, you can also add some sugar.