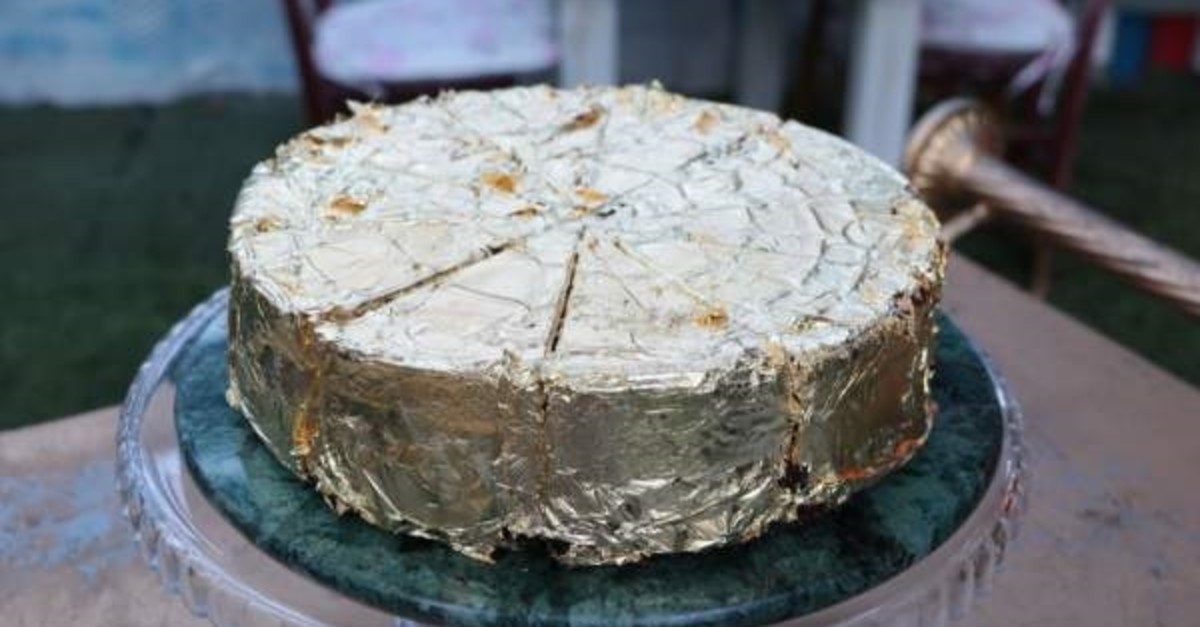 Eating gold may sound like some weird trend that excites the rich around the world, but in fact dipping food into edible gold is a practice that can be traced back to the ancient Egyptians. Excited for this new trend, a company in Turkey's capital city Ankara that makes frozen cakes for its customers decided to give it a try. The company rolled up their sleeves to bake the most expensive cake in Turkey, and they did it! In order to achieve their goal, the company purchased 340 grams of golden plates. Then a team of 14 started creating the cake with goat's milk, chocolate and creme. The edible cake took 21 days to make and made an appearance at a franchising show in Istanbul. The cake has a price tag of TL 56,000. If you want to taste the cake, you have to pay TL 6,750 for a slice.
Speaking to the press, Yaşar Kaplan, from the company that baked the golden cake, said the cake is first of its kind in Turkey. "The cake is made from 340 grams of 14-karat, edible gold. The team that baked the cake worked with the smallest tweezers to make this happen," he added.
Last Update: Dec 20, 2019 1:03 am
RELATED TOPICS