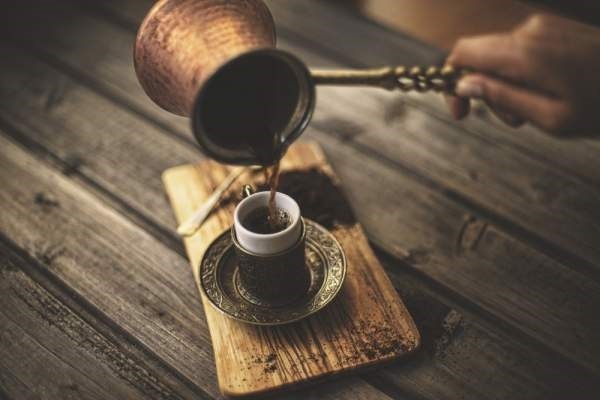 You may have heard about legendary Turkish coffee but did you know there is more than one type? If you are feeling adventurous, then come and try these unique flavors

Whenever Turkey and Turkish people are portrayed, some of the first images that come to mind are tea served with the classic Turkish tea glass and mouthwatering Turkish coffee. Coffee has a special place in Turkish people’s hearts and everyday life. It is the unquestioned company to every heated discussion and the first thing that is consumed after a hard day’s work. When visiting friends and family, Turkish coffee is always part of the occasion and it is always offered when you enter someone’s home. It’s a critical part of wedding celebrations, engagements, births and almost anything you can think of in Turkey.

Coffee has become so much of a part of Turkish culture that it has turned into a way of giving people hope (think of fortune telling by reading the coffee grounds, if you believe in such things), which is actually a practice that has spread beyond Turkish borders.

Turkish coffee under the spotlight

It is funny that this drink came to Turkish lands later in history. Turkish coffee was first introduced to the people of these lands in the second half of the 16th century by the Ottoman governor of Yemen, Özdemir Pasha. He was lucky enough to make the Ottoman Sultan Süleyman the Magnificent drink and fall in love with coffee. Historians believed that Hakem of Aleppo and Shams of Damascus opened the first two coffeehouses in Istanbul in 1554. Luring intellectuals of the city, coffee soon became the most desirable drink at gatherings of the elite.

What makes Turkish coffee different from other coffee types is its finely ground coffee beans. The brewing technique,which has remained the same for centuries is also unique as the coffee grounds are left in the cup. The coffee is served with a glass of water and a piece of Turkish delight, or lokum, on the side. The water aims to awaken and refresh your taste buds, so you can enjoy the coffee's flavor even more.

Mırra: The word “mırra” means “bitter” in Arabic so it is not hard to guess that mırra is a little stronger than your classic Turkish coffee. Mırra is the signature drink of southeastern Anatolia, mainly Şanlıurfa. Mırra’s preparation is quite like classic Turkish coffee but if you want to cook a perfect cup of mırra, you need at least three people: one to stir the water, one to pour the grounded coffee beans into the pot slowly while the water is being stirred and another to recite the famous ballads of the region. Mırra is also cooked in a relatively larger pot than the traditional Turkish coffee pot with a long spoon.

Menengiç: If you think coffee is only made with coffee beans, think again. Menengiç is made of pistachio beans which is native to southeastern Turkey. To make menengiç, first pistachio tree seeds are roasted. Then they are mashed until it becomes a paste that looks like chocolate. This organic decaff coffee is cooked with milk and a little bit of sugar unlike Turkish coffee. It gives a fruity flavor to the drinker so beware not to get addicted!

Dibek: The word “dibek” refers to mortar and all the ingredients in their coffee are ground by hand using a mortar and pestle. The whole flavor of the coffee beans change after it is smashed by stone. Dibek is thicker than classic Turkish coffee and while being cooked, you should add hot water instead of cold.

Fun trick: Turkish coffee with milk
If you are adventurous and think Turkish coffee is too strong for you, you can cook it with milk instead of water. Milk gives it a softer touch and if you have a sweet tooth, you can find your next favorite drink with a little sugar added to your cup of Turkish coffee.